If each German ate one less hamburger a week, the reduction in meat consumption would save the equivalent of emissions produced by driving 75 billion kilometers by car, says a new report published by the WWF. 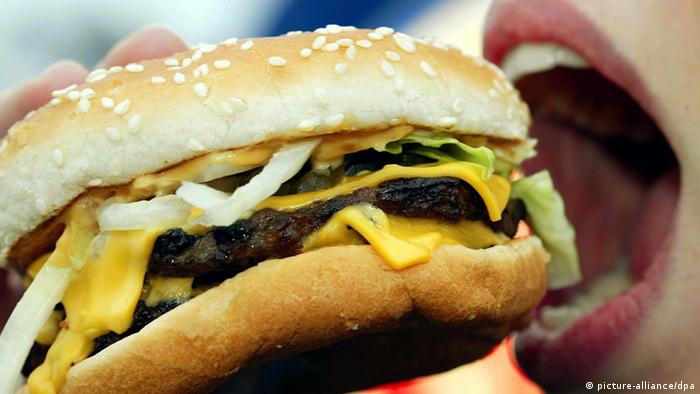 The average person in Germany has an annual carbon footprint of about 11 tons of CO2. The environmental organization World Wide Fund for Nature (WWF) has examined the link between this carbon footprint and a person's diet. The scientists looked at greenhouse gas emissions associated with food production, including growing crops, feeding livestock, transportation to Germany, storage and food preparation in the home. They also accounted for "indirect emissions" such as converting tropical rainforests into pasture lands or acreage for animal feed. 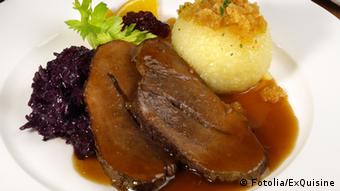 German cuisine is fond of meat

The researchers then recalculated emissions-output if meat consumption was halved. Less meat is also in line with recommendations by the German council on nutrition. They assert that 450 grams (one pound) is more than enough to serve an individual’s nutritional needs.

"If we would reduce meat consumption by just one day in a week, we could save some 9 million tons of CO2. We would need to reduce 75 billion kilometers driven by car to have the same effect," said Tanja Dräger de Teran who is responsible for WWF's climate protection and nutrition division.

The figures are surprising in a nation of car-lovers like Germany. "The carbon footprint for roast pork is at about 2,000 grams (4.4 pounds). A car exhausts about 120 grams per kilometer - so the roast pork stands at 20 kilometers by car," Dräger de Teran added.

But even if one reduces their meat consumption, this isn’t an excuse for excessive car use, Dräger de Teran warned. It is important to curb both meat consumption and driving. "We have to cut down on carbon dioxide where we can and reduce emissions significantly. Every bit counts!" 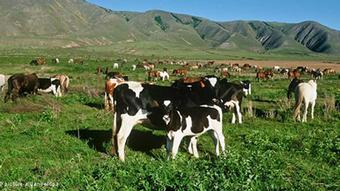 German aid organization "Brot für die Welt" (Bread for the World) support WWF's take on reducing meat consumption. Agricultural expert Stig Tanzmann points to the rising demand for pasture lands and acreage for animal feed because of a growing global hunger for meat. 2 million hectares of land are needed just to meet the demand for animals feed exported to Germany. In some cases, this has serious political and social consequences. In parts of South America, indigenous groups have been pushed off their land as governments scramble to meet the demands of meat-hungry western markets. The use of toxic fertilizer and pesticides is on the rise as well, Tanzmann said. 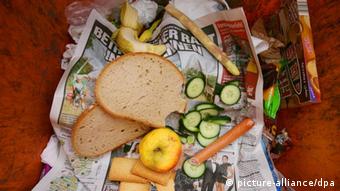 In addition to the environmental benefits, eating less meat would improve people’s health, Tanzmann explained. "Many cardiovascular diseases stem from too much meat and fat in our diet."

Tanzmann believes this is why the German government should boost health education in schools and promote a low-meat diet. "But there is a strong opposition, an industry that's interested in keeping meat consumption up."

In addition to abstaining from meat, WWF's Dräger de Teran mentioned another aspect that is important for climate protection: If people in Germany only bought as much as they needed for their own consumption, there would be far less waste. As much as 800 kg (1,764 pounds) of CO2 would be saved per person each year. "And a family of four would save up to 1,200 euros ($1,530) per year," she said.

The humane treatment of animals, fair prices for farmers and clear information for consumers: Germany's animal rights activists want to introduce a new label to help ensure all three of those goals. (29.10.2012)

Doing away with meat

Schnitzel is one of Germany's most recognizable dishes. Florian Wild of the Fraunhofer research organization is working on a vegetarian version that could win over meat-eaters. (26.07.2012)