Eastern Europe bristles after Cologne | Europe | News and current affairs from around the continent | DW | 09.01.2016

Eastern European governments were against taking in Muslim refugees before the events in Cologne took place. Now, they feel vindicated in their resistance and have redoubled their opposition. 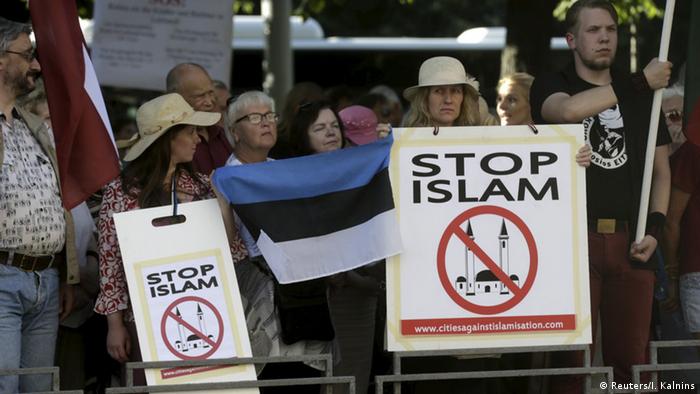 Whether Poland, the Czech Republic, Hungary or Slovakia - governments and media in those countries are of one opinion: What happened in Cologne was just a matter of time.

Slovakia's Prime Minister Robert Fico put it more clearly than all the rest, perhaps because the Social Democrat wants to secure his party's absolute majority in national parliamentary elections on March 5.

"That's what happens when you let migrants in," Fico told journalists on Thursday. "We don't want to let anything like that happen to us."

Fico sees the problem, above all, with Muslims. His solution: It would be best if they didn't even enter the country. He was given rhetorical cover by important Slovakian media outlets - significantly, even from left-liberal newspapers. 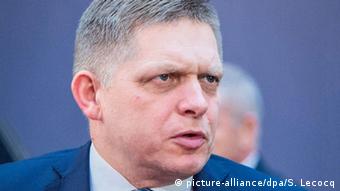 ´"SME" (We Are), a widely read Slovakian daily, sees broad naivety in Germany: "The refugee crisis has given rise to a well-meaning subculture that dedicated so much time and money to new arrivals that it appeared as if they thought that refugees' sufferings had put them on a higher moral plane."

The Slovakian daily "Pravda" warned of "collective blame" against Muslim men, but said that it would be increasingly difficult to maintain that position: "The discussion about what the integration of such large numbers of immigrants would mean for European society was not necessarily easy before the New Year's Eve incident in Cologne. But further unpleasant and provocative voices have now been added to that discussion."

Poland's new conservative nationalist government feels vindicated as well. Prime Minister Beata Szydlo said of the Cologne attacks: "What is now happening in Germany shows that the problems are much more serious than European leaders unfortunately and recklessly believed." 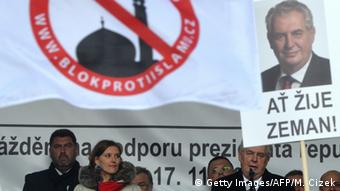 In the Czech Republic, current President Milos Zeman and his predecessor Vaclav Klaus have repeatedly stirred public sentiment against refugees. A few days ago, without referencing the Cologne attacks, Zeman mulled: "I think the whole invasion is being organized by the Muslim Brotherhood - with financial support from a number of states." He said that the Brotherhood sought to "bring Europe under its control, step by step."

The conservative Czech newspaper "Lidove noviny," however, drew a direct connection to the Cologne attacks: "The events of New Year's Eve are the strongest argument yet for exercising caution when it comes to taking in refugees. Until now we were told that no-go areas were pure fantasy. Now, Justice Secretary Heiko Maas says: 'There can be no legal vacuum.' Is he fighting against something that doesn't exist, or has he just admitted the seriousness of the problem?"

One of the most pointed editorials on Cologne, and, above all, on the German media's coverage of events, came from the Budapest-based, pro-government "Magyar Idok" (Hungarian Times) newspaper on Friday: "If one had broadcast live images from the Cologne Central Station on New Year's Eve, the prevailing naive image of families fleeing desolation and war would have been utterly shattered. But thanks to the 'political correctness' of German journalists, such things went unsaid. They have created a media-Stasi that guards a dictatorship of opinion." 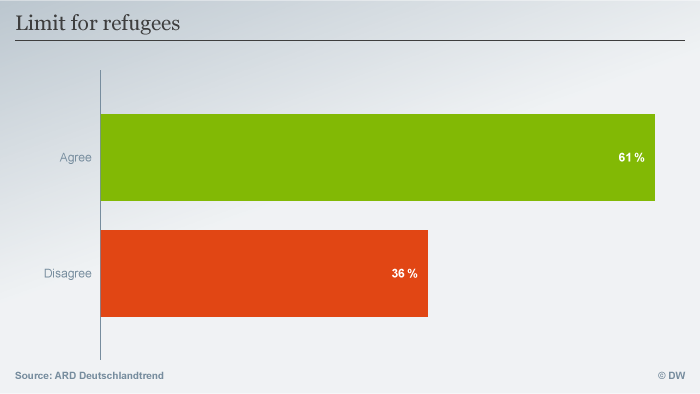 Now, more than ever: no refugees

One thing is clear: The rifts that have developed in European politics over refugee policies have grown even deeper in the wake of the Cologne attacks. And that goes for practical cooperation as well. For instance, for plans to distribute refugees throughout the EU. That important aspect of German Chancellor Angela Merkel's plan for mastering the refugee crisis was wobbly even before the events in Cologne.

Last fall, European interior ministers agreed to distribute 160,000 asylum seekers. At the time, Romania, Hungary, the Czech Republic and Slovakia were outvoted. The Eastern European countries firmly reject quotas. Slovakia, and later Hungary, went so far as to file complaints at the European Court of Justice in Luxembourg. Yet, other EU member states remain unenthusiastic, too. Of the 160,000 people that were to be redistributed from Greece and Italy, only a few hundred have in fact found a place to stay in other EU countries.

Another gesture further characterises the harsh mood in Eastern Europe: Slovakian Prime Minister Fico not only refuses to accept refugees, he also refuses to invest money in humanitarian refugee aid.

Instead, money is to be directed towards defense: "We will clearly direct our finances for solving the refugee crisis into the defense of the external borders of the Schengen area. That is the only way to stop the unregulated influx of migrants."

As far as Slovakia itself is concerned, Fico has little reason to worry: During the entirety of 2015, a total of 169 people applied for asylum in Slovakia - eight received it. It is not known how many of those eight were Muslims.

The violent New Year's Eve attacks in Cologne are grist to the mill for EU hardliners. Now, Brussels will be even more inhospitable towards Angela Merkel's refugee policies, says DW's Bernd Riegert. (09.01.2016)

Police in the western German city of Cologne have broken up a protest by the "anti-Islamization" group PEGIDA. Water cannons were used to disperse demonstrators protesting after the New Year's Eve attacks on women. (09.01.2016)

Robert Fico has called for an extraordinary EU summit to tackle the growing influx of migrants across Europe's borders. His proposal follows the sexual assaults in Cologne and elsewhere on New Year's Eve. (08.01.2016)