Germans in former East Germany engage in risky alcohol consumption more than their western peers do — but they also eat more nutritiously, a scientific study has found. Researchers also did a south-north comparison. 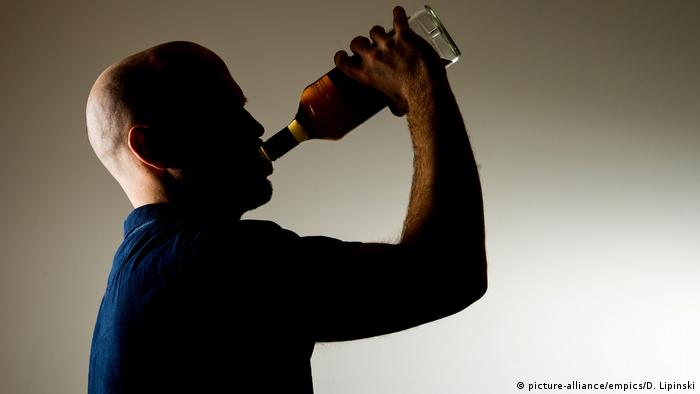 Germans living in the east and south of Germany more frequently consume high-risk quantities of alcohol than those living elsewhere, German researchers have found.

The findings were part of an English-language report published Friday in the BMC Public Health journal. Researchers from various German science and medical institutes had examined to what extent smoking, unhealthy nutrition, at-risk alcohol consumption and physical inactivity — together referred to as SNAP — varied in Germany in North-South and East-West comparisons.

No regional variations were found in either comparison in daily smoking or low physical activity.

For the difference in at-risk alcohol consumption between north and south Germany, researchers cited more frequent overall consumption of alcohol in the south, as well as the prevalence of alcohol-heavy folks festivals, such as Oktoberfest, and the role of public consumption in spaces such as beer gardens.

The researchers concluded that measures for reducing risky alcohol consumption should take the higher prevalence of such activities in southern and eastern Germany into account. In contrast, measures supporting healthy nutrition should focus on German as a whole, as the country overall had relatively unhealthy practices.

Read more: A German superfood for every month of the year

The SNAP categories are lifestyle risk factors related to health issues such as heart disease, cancer and chronic respiratory disease.

The east-west comparative axis was based on the former border between East and West Germany, while the north-south axis was based on population size, urbanity, among other things.  One state was therefore included in both comparison categories.

Many sociodemographic and economic differences continue to exist between the former East and West, while the southern German states also have more robust economic indicators than the northern ones.

Thirty years after German reunification, there are still systemic economic and psychological problems to overcome, the government's top official for eastern affairs has said. (25.09.2019)