Thirty years after German reunification, there are still systemic economic and psychological problems to overcome, the government's top official for eastern affairs has said. 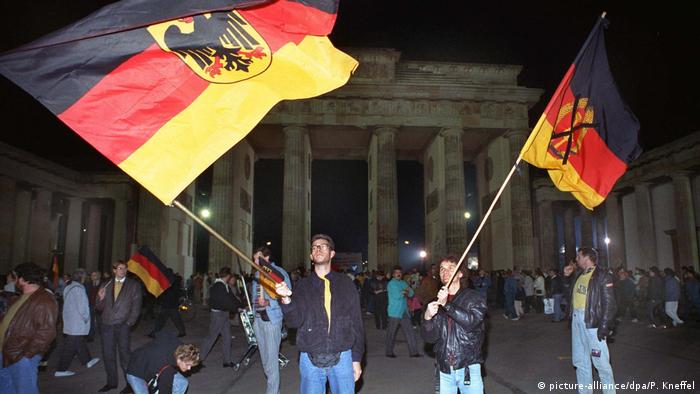 Germany has come a long way but it has not reached its goal, summarized Christian Hirte, the government's commissioner for eastern German affairs, following the release of the annual reunification report.

Ongoing geographic and economic factors continue to hinder attempts to bring eastern Germany's economy into line with the west. This is in addition to continued regional skepticism as a key barrier to further progress, said Hirte.

The report found that 57% of citizens in eastern Germany felt like second-class citizens and that just 38% of those asked in the east see reunification as a success, including only 20% of people under 40.

The commissioner also used the opportunity to honor the peaceful 30 year anniversary this year of reunification in his report.

Hirte emphasized cause for celebration to counter what he called a "psychological" problem in the east with skepticism remaining over the ability of the east to reach the standards of the west, and a general feeling of being left behind.

"There has been a consistent development in infrastructure, towns and cities, living standards, the environment and health provision," the report said.

Hirte emphasized that the environment was one area in which the former East German states had made progress "in an astonishingly short time."

"The situation in the east is much better than its reputation," Hirte told the German dpa news agency. "The bottom line is that development since reunification has been extremely positive."

Key sticking points were the number of companies with headquarters in the region and the rural infrastructure. The commissioner highlighted that there was not a single DAX 30 company listed with its HQ in the former East Germany.

Despite improvements in the job market and infrastructure, the average salary remains around 84% of the level in the western states, despite this rising from 81% the year before.

The eastern German states also continue to suffer from a lack of skilled workers. However, this is a problem experienced by companies in western states as well.

In order to continue to address the economic divide, the government agreed on 12 areas of development to focus on in the coming year, including developing innovation in economics and sciences.

Since reunification in 1989, the commissioner has provided an annual report on the state of German unity.