German reunification, 20 years underway, has consumed billions of taxpayers' euros in the more affluent western half of the country. So will billions more be needed to keep the new states afloat 20 years from now? 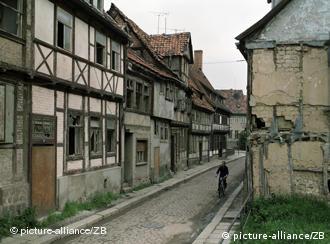 More than a paint job was needed in eastern Germany

Claus Uhle doesn't miss the former communist German Democratic Republic where he grew up and worked as a mechanical engineer. But he sure misses Leipzig, his home of many years until international career moves and, more recently, his wife's university job in Dusseldorf pulled him away. For Uhle, Leipzig in the eastern German state of Saxony is a boom town – with plenty of work, plenty of culture and plenty of fun things to do.

Saxony is one example of an eastern German state – Thuringia another – that have benefited immensely from the steady flow of aid from the federal government and are now beginning to deliver a return on investment in the form of robust economic development, economists say. Such development, they agree, can only help strengthen Germany's global competitiveness.

But did reunification come too fast and cost too much? “Personally, I believe the process could not have happened any faster, from an economic perspective” Uhle says. “There were so many uncompetitive industries. But the costs of shutting them down, of unemployment and the many recovery programs all added up quickly. Reunification hasn't come cheap.”

Few will disagree: An estimated 1.3 trillion euros ($1.7 trillion) have flowed from the former West Germany to the former East Germany over the last 20 years. And the tab is still running. To this day, the East is gobbling up subsidies estimated between 70 and 80 billion euros a year. That lifeline will continue for at least another nine years when funds from the Solidarity Pact are slated to end. Even then, structurally poor states, such as Brandenburg and Mecklenburg-West Pomerania, can expect to receive further cash infusions through the Federal State Financial Equalization program, which aids poorer states in the western half, including Bremen, Schleswig-Holstein and Saarland.

Monetary union: East Germans laughed all the way to the bank

The East isn't fully to blame for being a burden on taxpayers from the West. It was, after all, then-Chancellor Helmut Kohl who – against the advice of financial experts – offered a monetary union for the two Germanys. Overnight, wages, pensions and savings of up to 6,000 East German marks were exchanged one-to-one.

The exchange rate was intended to keep East German workers from migrating to West Germany in pursuit of higher paying jobs. But it also meant they would have to compete with the highly modern West German economy. They couldn't. So monetary union - indirectly - eliminated hundreds of thousands of uncompetitive jobs in East Germany's car, steel, and chemicals and electronics industries. And, today, a good chunk of the money flowing from West to East in the form of social programs continues to ease the pain caused by monetary union.

That's not to say western German companies didn't benefit from the massive infrastructure programs and demand for consumer goods and services. Since reunification, the German government has pumped billions into public infrastructure projects such as roads, railways, waterways and airports, not to mention housing, with big construction companies from the western states being the main beneficiaries. And western retail groups have profited from a near insatiable appetite for goods among long-deprived eastern German consumers.

Good timing for the West

Actually, reunification came at a good time for West German industry. Prior to reunification, Germany was running a huge current account surplus, meaning it was investing more abroad because it couldn't find enough profitable investments at home, according to Tim Stuchtey, a fellow at the American Institute for Contemporary German Studies at the John Hopkins University. That quickly changed.

“From 1990 to 2000, Germany ran a small current account deficit because of the sucking demand from the new states, so the country was now consuming more than it was producing,” he says. “And if you consider the conversation we're having now with U.S. economists who blame Germany for exporting too much and having too big a current accounts surplus, you'll see that for 10 years, Germany pursued a huge Keynesian domestic investment program, which kept investments in the country.” 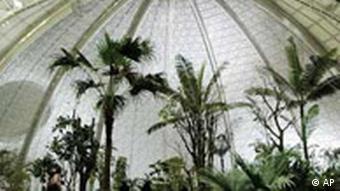 Tropical Islands moved into the former hanger of CargoLifter

There were, however, plenty of mistakes made along the reunification path. For example, numerous eastern German cities, often in isolated regions, used funds to build huge water recreational venues that now struggle to find paying guests. One of them, Tropical Islands in Brandenburg, coincidently uses as its main structure the once massive hanger built by CargoLifter, another subsidized venture that had hoped to build huge industrial cargo airplanes but went bankrupt.

Then there are the billions that went to renovating dwellings in inner-cities, with the backfiring effect that people fled their apartments in pre-fabricated high-rise buildings on the outskirts for nicer places in the city centers. Now many of these buildings are being torn down, again with taxpayers' money.

“Yes, some money went to the wrong projects,” says Klaus-Heiner Roehl from the Cologne Institute for Economic Research. “But you can't wait 20 years to know what is right; then nothing happens.”

Too much money for social programs?

If infrastructure projects consumed billions of euros, social programs devoured billions more. “Taxpayers' money is best invested where it can achieve the most productivity and this certainly hasn't been the case everywhere in eastern Germany,” says Dirk Dohse from the Kiel Institute for the World Economy. “Maybe too much money went into social programs, like the work creation program ABM, which was later dropped.” 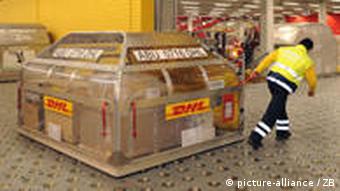 There are success stories, too. A vibrant auto manufacturing and supplier industry is flourishing in and around Leipzig. BMW and Porsche have built new plants there, while Opel has a huge facility in Eisenach. Leipzig is emerging as a European logistics hub, thanks in large part to DHL's expansion in the city. Elsewhere, Dresden has become a top address for microelectronics, despite the downfall of one of its flagship manufacturers, Qimonda, and the chemicals industry is flourishing in Bitterfeld and Leuna.

Some numbers speak for themselves. Eastern output per capita is expected to rise to around 80 percent of western levels over the next decade, compared to around 33 percent of the West in 1991. And unemployment dipped below 1 million in the third quarter of 2010 for the first time since 1990 – and from a high of 1.6 million in 2003.

Still missing from the eastern German landscape, however, are big multinational companies that have located their headquarters and R&D in the area. Multinationals attract service companies, which create jobs, according to Volker Treier, chief economist at the German Chambers of Commerce (DIHK). “The headquarters of a medium-sized company doesn't have nearly as much pull as that of a multinational,” he says.

Many other challenges remain. Arguably one of the biggest is demographics. Since the fall of the Berlin Wall, the population of eastern Germany has dropped by nearly 2 million, and there are no signs it will bounce back soon, if ever. “This won't affect the bigger cities so much but it will be a huge problem for cities of 10,000 to 50,000 people,” Treier says. “And when they bleed dry, that becomes a political problem.”

Despite all the hiccups that the reunification process has suffered along the way, a general mood of optimism about the future prevails among economists, academics and others tracking economic development in eastern Germany. “Like every investment, it's a burden in the beginning when you have to finance it,” Stuchtey says. “But hopefully it pays off later on. And I think the investment in eastern Germany will. We're already seeing that.”

Treuhand took the heat for privatization of East German economy

When it came to turning the GDR's planned economy into a market economy, there was no blueprint to follow but just the wish to get it done. The job went to the Treuhand privatization agency. (20.09.2010)

How geopolitics paved the way to German reunification

After World War II, the divided Allies split Germany into East and West. Twenty years ago this month, the 2 plus 4 Agreement set the conditions for German reunification, ending the 40-year-old Cold War in Central Europe. (12.09.2010)