The future of global food supply is at risk if people keep relying on a narrow range of food, the UN has revealed. Their report urges a re-imagining of farming and fishing practices and the introduction of new crops. 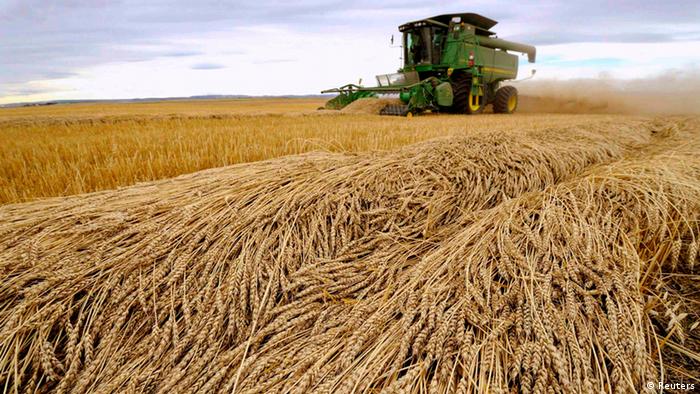 The world's food supply is too reliant on an increasingly narrower number of species, the United Nations' Food and Agriculture Organization (FAO) said on Friday.

The destruction of biodiversity is leaving food production systems susceptible to shocks such as disease, droughts and pests, as well as extreme weather events linked to climate change.

While some 6,000 plants species can be used for food, less than 200 varieties are widely eaten. Of those, only nine make up most of the world's crop production.

"The loss of biodiversity for food and agriculture is seriously undermining our ability to feed and nourish an ever-growing global population," the FAO's head, Jose Graziano da Silva, said in a statement.

"We need to use biodiversity in a sustainable way so that we can better respond to climate change challenges and produce food in a way that doesn't harm our environment," he added.

The FAO analyzed data from 91 countries and said there was "mounting evidence" of the world's biodiversity being under "severe threat." Among the reasons were pollution, land use practices, badly managed water use and overharvesting.

As climate change steadily becomes a greater threat to biodiversity, it adds to the problem of direct pollution and deforestation to make way for crops.

The Rome-based FAO said sustainable forest management was needed, as well as an ecosystem-focused approach to fisheries and organic agriculture.

The report said food production must become more diverse and include species, even those that are not so widely eaten, which could be better equipped to withstand hostile climates and disease.

Of the 4,000 or so wild food species, nearly a quarter – including seagrass, crustaceans and fungi – are thought to be under threat. The worst-hit regions are Latin America, Asia and Africa.

Read more: Diet a top cause of illness and death globally, report says

Diversification could help fight malnutrition by making little-known but highly nutritious foods part of the mainstream, the FAO said. One example given was fonio — a small grain that is well-suited to hot climates and unpredictable weather patterns.

One in nine people worldwide are said have insufficient levels of food, with the global population expected to soar from 7.7 billion to 9.8 billion by 2050.

Environment Minister Svenja Schulze says concerns over insect extinction have prompted demands for better safeguards. New research suggests 40 percent of insect species could be wiped out over the next few decades. (17.02.2019)