Deutsche Welle has appealed to the German government to ensure the safety of its journalists in Afghanistan. The Taliban have already started searching the homes of several DW correspondents. 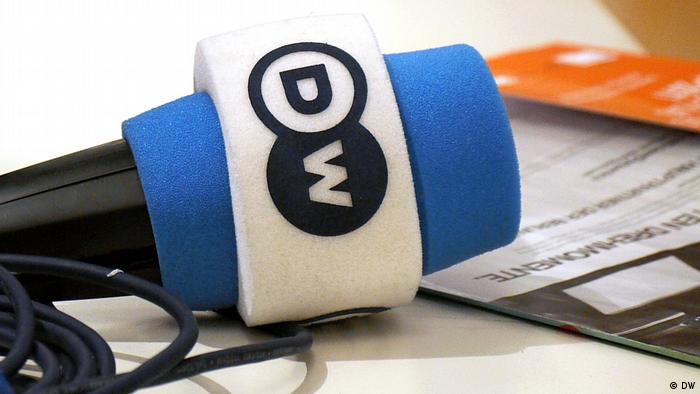 The heads of Deutsche Welle's broadcasting and administrative councils urged the German government on Tuesday to enable the evacuation of DW journalists out of Afghanistan.

"With the Taliban takeover, the lives of Deutsche Welle employees and their families in Afghanistan are under acute threat," said the head of DW's broadcasting council, Karl Jüsten, and the head of DW's administrative council, Peter Clever.

"Alone the fact that they worked for a western broadcaster could result in torture and death," they added.

Jüsten emphasized that DW's Afghan correspondents have been reporting in their local languages for years and are known by name.

"We know reliably that the Taliban have already searched the homes of three of our employees looking for them," Jüsten said.

DW has been in close contact with the German Foreign Ministry for several days in order to facilitate the evacuation of the broadcaster's employees and their families.

The names and contact information of the staff in question have been sent to the Foreign Ministry so they can be scheduled for evacuation flights.

Additionally, DW has also joined other major German newspapers and broadcasters in calling for the German government to establish an emergency visa program for Afghan employees.

The German Federation of Journalists (DJV) has also called on Chancellor Angela Merkel's government to quickly get DW's local staff in Afghanistan out of the country.

"The people are in very grave danger because of their work," said DJV chairman Frank Überall in Düsseldorf.

The local staff of DW's Afghanistan desk and their relatives "cannot now be simply abandoned to their fate," he added.

It remains unclear whether all DW staff and their relatives will even be able to make it to the airport in Kabul at all, as the Taliban are reportedly blocking and controlling access routes.

Furthermore, not all of the staff have the necessary documents, such as passports. The DJV is also concerned that the German government does not have the capacity to fly out all the people affected.

Opinion: The German government must help journalists in Afghanistan

After the Taliban takeover, Afghan journalists should be permitted to leave the country as soon as possible. Women are in particular danger, according to Anne Renzenbrink from Reporters Without Borders.

Particularly threatened by the Taliban, some artists are trying to destroy all proof of their work. Others are creating last pieces as a form of resistance.