It is still unclear why a 24-year-old Somali man fatally stabbed three women in the city of Würzburg. DW's Johanna Rüdiger first met him in 2018, when he and a friend had been attacked by thugs in eastern Germany. 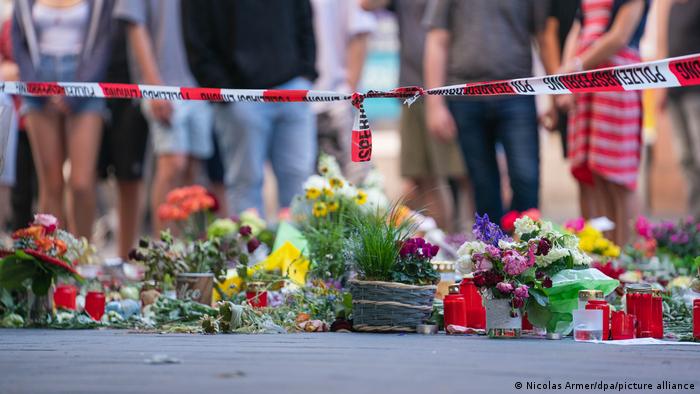 The suspect stabbed several women, including an 11-year-old girl, killing three of them

The eastern German city of Chemnitz was a tinderbox in late August and early September of 2018.

News of a German-Cuban man being killed by asylum seekers from Iraq and Syria triggered anti-migration protests from the right-wing scene. These spilled over into riots, and also spawned counter-demonstrations.

Tensions in the aftermath of the so-called migrant crisis of 2015 were still high. The far-right Alternative for Germany (AfD) had recently logged its best performance at a national election, scoring particularly well in the state of Saxony.

It was in this backdrop that DW's Johanna Rüdiger met Abdirahman J., the 24-year-old now accused of stabbing several people, three of them fatally, in a department store in Würzburg, Bavaria, last week.

As she was following up reports of masked gangs chasing people who appeared to be migrants on the streets of Chemnitz, Rüdiger learned of two individuals who had been attacked by a group of men on September 1, 2018.

One of them was Abdirahman J., who had managed to get away while his friend from Afghanistan suffered wounds to his face. He spoke of six or seven perpetrators, police put the figure at four.

She tracked them down at their apartment that night, working on the story for the Funke group of newspapers in Germany.

"I feel a bit like one of those baffled neighbors after a crime like this who so often say, 'he always seemed like a nice guy.'" Rüdiger says speaking of Abdirahman J. "It's just the same for me. He seemed like a nice guy. I actually left my mobile phone there and only noticed it once I was in the taxi. So I sent a text message to ask if I had left it behind. He replied saying I had and we arranged for me to come back and pick it up. It was completely normal, nice communication that I had with him."

Social psychology professor Ulrich Wagner at the University of Marburg notes that it's no surprise that the crimes the now 24-year-old is accused of seem so hard to imagine for Rüdiger.

"Three years are a very long and also a very formative period in such a young life. An awful lot can happen," Wagner says. 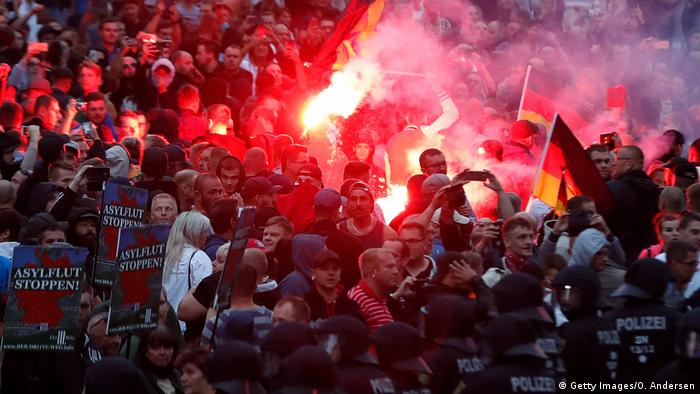 Demonstrations and counter-demonstrations were widespread in Chemnitz late in the summer of 2018, with some more localized reports of violence too

Rüdiger spoke to the two young men after Abdirahman's friend had been discharged from hospital; they had prepared some food.

"He was definitely the lead communicator. His friend, who was more the subject of the story, who had been beaten up, seemed quite shocked, he was quiet and shy. The Somali man was doing the talking — although he also had limited German. I can't remember whether we spoke mainly in German or English, definitely German on camera."

Eager to relocate from eastern Germany

The attack had taken place amid a political debate over whether or not far-right thugs had been banding together to seek out and attack migrants on the streets of the city. The contentious former head of the domestic intelligence service, Hans-Georg Maasen, had asserted that reports of "Hetzjagden" (originally a hunting term for persistently tracking animals over a long period of time) were exaggerated, only to be contradicted by Chancellor Angela Merkel's spokesman Steffen Seibert.

Rüdiger was at the time seeking evidence of people who had been attacked on the streets in such a manner. As a result, she did not ask Abdirahman J., who had escaped the thugs, very much about his personal background.

"I saw him more as someone who could open the door to his friend from Afghanistan."

Nevertheless, Abdirahman J. did continue to reach out to her after the encounter, seeking advice on how to relocate within Germany.

"What was clear was this idea that 'we need to get out of eastern Germany, we don't feel safe on the streets here, and we need to go west.' The Somali had been in western Germany before and said he had found it very different there. He asked me later if I could help him find a job there. I felt sorry for him. Obviously, I could not help, but because they seemed so clearly afraid, I did point him towards psychological help available in Chemnitz."

Abdirahman J. does appear to have moved west, or mainly south, to Würzburg in Bavaria in the intervening years. However, he does not appear to have properly settled there either, having last appeared on law enforcement's radar threatening somebody with a knife in a homeless shelter and then being admitted to a psychiatric hospital.

According to investigators in Bavaria, they have found indications of past psychiatric problems, and also heard witness testimony suggesting an Islamist element in the attack. Witnesses say he shouted "Allahu Akhbar" ("God is great") twice during the attack and then spoke of a "jihad" ("holy war") after being stopped by shots from police. 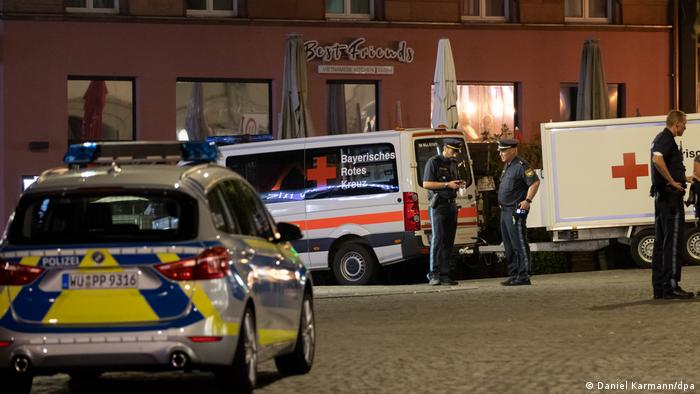 However, investigators also said on Tuesday that they were yet to find concrete indications that Abdirahman J. was a member of an extremist organization or had obviously radical material among his effects.

Psychologist Wagner suspects that, as in many such cases, it might not be a simple question of either, or.

"This desired dichotomy, so either psychiatric illness or political and religious extremism is very often demanded by politics and by the public. And that is further reinforced by the official crime statistics, in which civil servants can only tick one box or the other. Psychologically, that makes no sense," Wagner tells DW.

Wagner says that often, patterns of radicalization are "relatively similar," whether Islamist or far-right or far-left in nature. They tend to begin with somebody struggling to get to grips with puberty, additional external factors complicating an individual's situation, and then a radical narrative claiming to offer solutions to some of these problems finding a place in society.

And another factor can make matters even more difficult: "People with experience of fleeing a country have of course experienced a lot of injustice, a lot of hardships, a lot of violence. It's obvious that this further unsettles young people, often to the point of post-traumatic stress disorders. If they do not then receive educational or psychiatric assistance, then the door is opened for extremist propaganda," Wagner says.

To what extent that door was opened to Abdirahman J. in the intervening years is not yet clear. Johanna Rüdiger insists that in late 2018, even visiting the young man and his friend at a private address late at night, she had felt "not in the least bit scared." By the age of 24, he might not have made the same impression.

Investigators are looking into whether the suspect was driven by psychiatric problems or radicalization. The attack in the Bavarian city left three people dead.

The suspected attacker reportedly stabbed passersby indiscriminately and without warning in the city center. Police have said a motive is still unclear, but an Islamist connection is not being ruled out.