Justice ministers from Germany's federal states have rejected proposals to legalize taking discarded food from supermarket garbage containers. Millions of tons of edible groceries are thrown away each year in Germany. 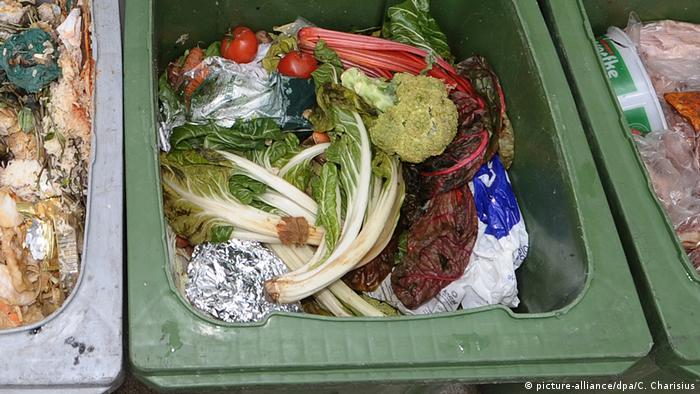 Hamburg Justice Senator Till Steffen from the Green Party on Thursday failed in his bid to decriminalize "dumpster diving".

His counterparts from Germany's remaining 15 federal states rejected the request at a meeting in the northern city of Lübeck.

It means the act of retrieving foodstuffs from large waste containers will still count as theft.

Steffen found the decision incomprehensible. "No one understands why the removal of garbage must be punished," he said. "The fact that people are still being prosecuted, who are taking action against this waste when they are being used in containers, I think is wrong."

Every day, supermarkets in Germany throw away large amounts of still edible food, as it has passed its sell-by date or is misformed.

Student activists also expressed dismay at the decision. "We could have finally moved in Germany in a direction that is not only logical, but also corresponds with our climate policy and resource-saving debates," wrote the Bavarian students Caro and Franzi in a statement.

The pair were convicted in January for dumpster diving. They had garnered over 130,000 signatories to a petition to legalize "food rescue."

"We will keep going and are looking for new ways to decriminalize dumpster diving," said the students.

An idea from students at a US university has led to special dumpsters on campus that collect the ubiquitous take-out pizza boxes and reduce trash. (08.01.2016)