Dozens of people have been arrested in sweeping anti-mafia raids in Sicily, with one further suspect arrested in Germany. Among the charges were drug trafficking, extortion and illegal firearms possession. 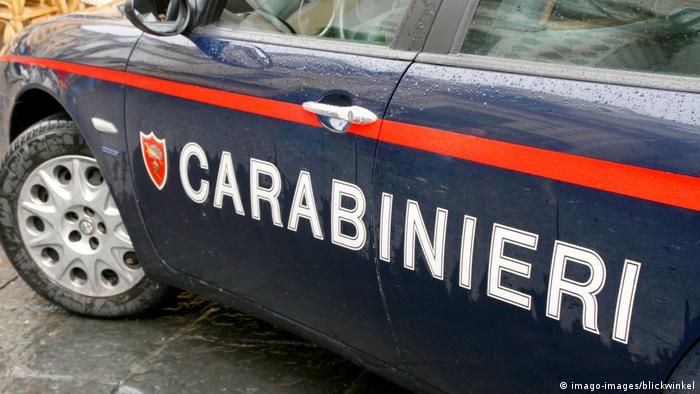 A large-scale mafia raid resulted in the arrests of 45 people in Sicily and one person in the German city of Wolfsburg, Italy's Carabinieri announced on Wednesday.

A joint operation between the Carabinieri, Germany's Federal Criminal Police Office (BKA) and Europol targeted clans of the Cosa Nostra — the Sicilian Mafia — from the towns of Barrafranca and Pietraperzia in Sicily's inland province of Enna.

Police accused an ex-politician of running local mafia operations. He was released on health grounds from a life sentence for mob crimes in 2018 and allegedly immediately resumed his role as a kind of godfather.

He and the others just arrested face charges including mafia association, drug trafficking, extortion, aggravated corruption and illegal arms possession.

Another family member, described as a prominent associate, was arrested in Germany. Police also seized assets worth more than €1 million.

It comes as part of a series of mafia crackdowns in Italy.

In separate mafia raids, Italian police seized 84 million amphetamine pills with possible Islamic State origins that were hidden inside German-origin paper cylinders. Police found 14 tons of pills marked Captagon — a highly addictive amphetamine-based drug that has been widely trafficked by IS — that police said was of Syrian origin.

It is "well known" that Islamic State "finances its activities largely by trafficking synthetic drugs largely produced in Syria, which has become the leading world producer of amphetamines in recent years," Italian police said.

The Guardia di Finanza customs and financial crimes police said they suspected the involvement of the Camorra, the mafia organization that operates in Naples area, of being involved in the drugs, which were intercepted at the port of Salerno.

The Guardia di Finanza said it was likely that European drug traffickers had turned to Syrian suppliers after amphetamine drug production in Europe was largely halted by the COVID-19 pandemic.

And in another bust, Italy's anti-mafia police said on Tuesday they had disrupted a major international drug trafficking ring between Albania and Italy.

Two years of investigations revealed an alleged network of Italian and Albanian operators who smuggled drugs across the Adriatic to the southern Italian region of Puglia. Thirty-seven people were arrested in Tuesday's sting.

Dozens of alleged members of the Sicilian mafia were arrested across the entire country. Authorities are concerned organized crime may be using the pandemic to increase its power even as violent crime drops. (12.05.2020)

Organized crime is global and knows no borders. Germany acknowledged this relatively slowly and as a result is quite unprepared to deal with it compared with other countries, Anabel Hernández writes. (12.12.2019)

Those arrested are connected with the notorious New York-based Gambino family. €3 million ($3.4 million) in assets were seized. (17.07.2019)