A Lebanese official says a Saudi prince and four others have been detained at Beirut airport in a major drug bust. He said two tons of Captagon pills and some cocaine were seized. 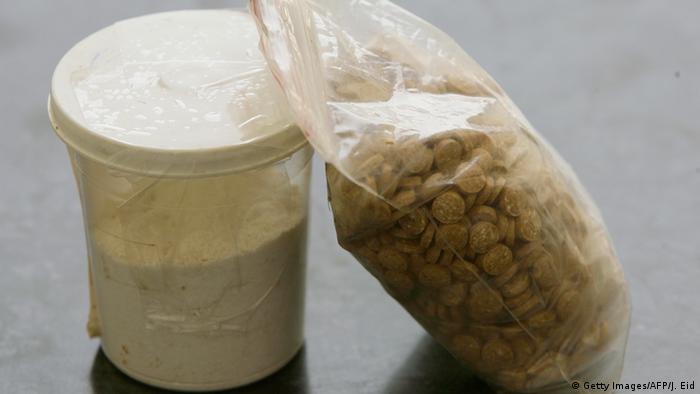 Lebanese authorities on Monday foiled the largest smuggling operation ever detected at Beirut International Airport by seizing two tons of the amphetamine Captagon before they were loaded onto a Saudi prince's private plane, a security source said.

The source said the prince and four others were detained and would be questioned by Lebanon's custom authority, adding that the drugs, which also included some cocaine, had been packed into cases that were to be loaded onto the plane before it flew to Saudi Arabia.

Captagon is the brand name for the amphetamine phenethylline, and is manufactured in large quantities in Lebanon and Syria, where it has reportedly been widely used by combatants in that country's civil war. The drug is consumed mainly in the Middle East, particularly the Gulf.

In April 2014, authorities thwarted another attempt to smuggle 15 million Captagon capsules through Beirut's port. The drug had been hidden in containers holding corn.

The incident is the latest in a line of run-ins between members of Saudi Arabia's large royal family and authorities abroad.

A Saudi prince was arrested in Los Angeles late last month for allegedly trying to force a woman to give him oral sex, but authorities released him without charge, citing a lack of evidence.

In 2013, a Saudi princess accused of enslaving a Kenyan woman as a housemaid also eventually had the charges against her dropped.