Did Qatar use 'black ops' to win World Cup bid?

Qatar, the 2022 World Cup host nation, has been accused of using secret "black operations" to undermine rival bids. It has been claimed a PR firm was hired to put out "fake propaganda" about rival nations. 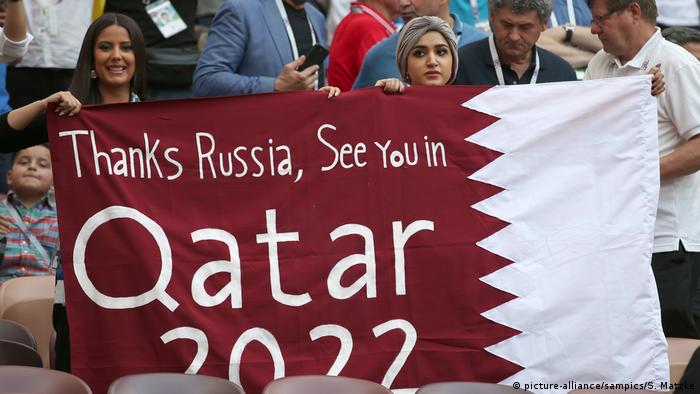 A British newspaper claimed on Sunday that Qatar's World Cup bidding committee recruited influential individuals to attack rival bidders in their native countries. According to documents leaked to The Sunday Times, the Qatari team hired journalists, bloggers and other key figures to pump out "fake propaganda" about main rivals Australia and the US during Qatar's campaign to host the 2022 soccer tournament.

The Qatari strategy was to give the impression that there was "zero support" amongst Australians and Americans to host the World Cup. In one instance, a broker is said to have approached academics "pretending to represent taxpayers concerned about public money on rival bids."

One professor is alleged to have received $9,000 (€7,700) to write a negative report about the huge economic cost of a US World Cup and then distributed the piece to international media. 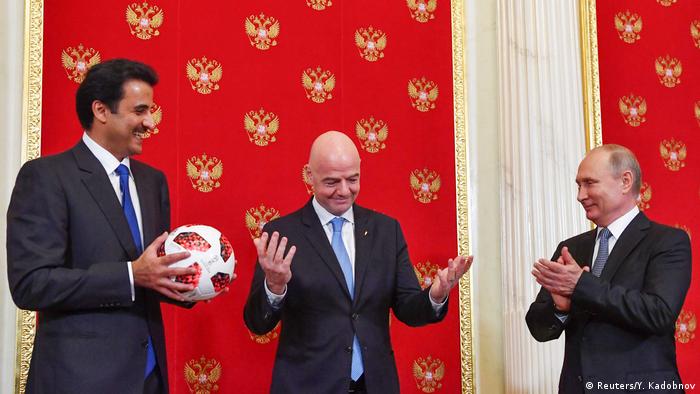 FIFA — the international football (soccer) governing body — specifies that bids to host the World Cup should have strong backing from domestic populations.

In addition, bidders are prevented from making "any written or oral statement of any kind, whether adverse or otherwise, about the bids or candidatures of any other member association" under FIFA guidelines.

The Sunday Times claimed the documents containing the allegations were leaked to the paper by a whistle-blower who worked with the Qatar bit to host the 2022 tournament. It said one of the leaked emails was sent to deputy bid leader Ali al-Thawadi. The email allegedly shows the Middle East nation was aware of plots to spread "poison" against other bidders.

The newspaper reported that the whistle-blower gave testimony to Britain's minister for culture, Damian Collins. The minister said he was "extremely concerned" and called for a FIFA probe into the allegations. "The ultimate sanction for breaking the rules would be the loss of the right to host the tournament," he said.