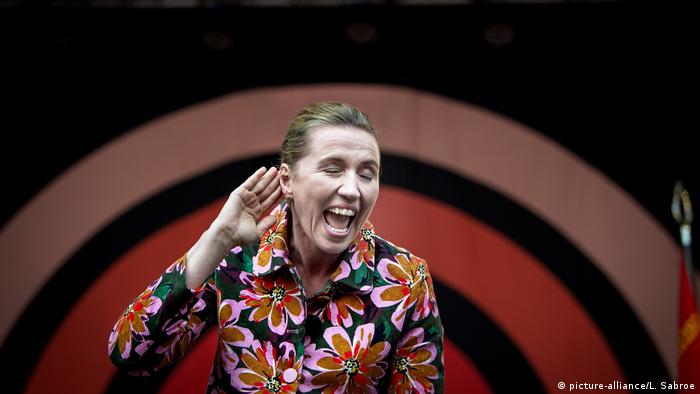 Danish lawmaker Mette Frederiksen, who heads the Social Democrats, announced on Wednesday that she will lead a left-leaning government.

"It is with great pleasure I can announce that after three weeks of negotiations, we have a majority to form a new government," said the 41-year-old, who is set to become Denmark's youngest prime minister.

Frederiksen said her government will rely on support from four other left-of-center parties, including the Socialist People's Party and the Social-Liberal Party. Part of their deal includes enacting legislation that will cut Denmark's carbon dioxide emissions by 70% over the next decade.

"We did not know that this was going to work out when we started negotiations," Frederiksen said. "These are four parties with very different stories and attitudes. We have achieved our goal now."

The Social Democrats' campaign platform included promises to end austerity and boost spending for welfare programs. They garnered 26.2% of the vote, while the so-called red bloc — a loose alliance of leftist parties — captured 91 out of Denmark's 179 seats.

The previous government, led by outgoing Prime Minister Lars Lokke Rasmussen, had advanced right-wing policies with support from the far-right Danish People's Party, which lost half its support in general elections earlier this month.

Denmark is the third Nordic country to form a left-leaning government over the past year, following Finland and Sweden. At a time when Social Democratic parties like the SPD in Germany have failed to convince voters, their northern iterations have made substantial gains by focusing on welfare services, climate action and wealth taxes.

Opinion: Finland election a sign of things to come for EU

The Social Democrats only narrowly beat the far-right during the recent vote in Finland. The outcome is yet more proof of an alarming trend ahead of European Parliament elections next month, says DW's Bernd Riegert. (15.04.2019)

The vote bringing Prime Minister Stefan Lofven to a second term comes from a new, minority, center-left alliance. But without a parliamentary majority, it faces ongoing challenges from the far-right. (18.01.2019)

With the rise of the extreme far-right party Hard Line, the anti-immigration rhetoric is as sharp as ever. So why is the left also jumping on that bandwagon? Anne Sofie Hoffmann Schroder reports from Copenhagen. (04.06.2019)

Inside Europe: A Green Wave in the run-up to Danish polls