Germany's SPD isn't the only party of social democrats currently struggling in Europe. But while some suffer even more, others are ascendant. DW looks at the ups and downs of Europe's left-leaning parties. 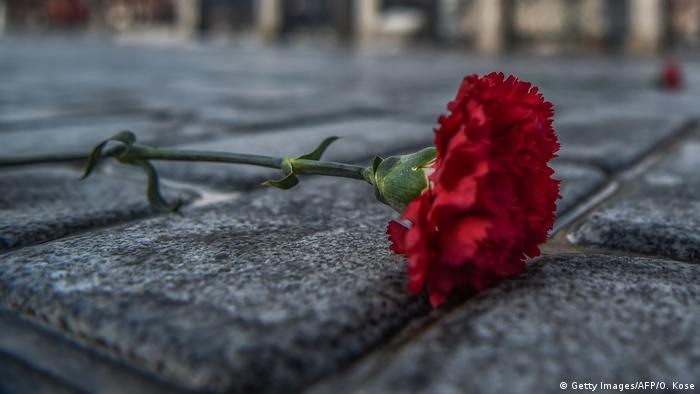 Denmark is the most recent example of Social Democratic success in Europe. The Socialdemokraterne emerged from the general election on June 5 as the strongest party. Denmark's Social Democrat leader, Mette Frederiksen, had combined a hard-line anti-immigration stance with classic left-wing welfare policies. This went down well, especially with traditional Social Democratic voters: Many Danes in the lower, middle and working classes who had voted for the right-wing populist Danish People's Party in recent years swung back behind the Social Democrats following the party's shift to the right. There's hardly any country that better exemplifies the downfall of European social democracy than France. The Socialist Party (PS) had an absolute majority in the National Assembly as recently as 2012; its leader, Francois Hollande, was the country's president. The fall from grace came in the 2017 presidential election. The PS candidate finished fifth, with barely 6% of the vote. In the elections for the European Parliament, the PS slipped even further, to sixth place. According to the Trier-based political scientist Uwe Jun, the PS "has been particularly tarnished by the growing mistrust of the political classes because it was the leading party of government before the last presidential and parliamentary elections." 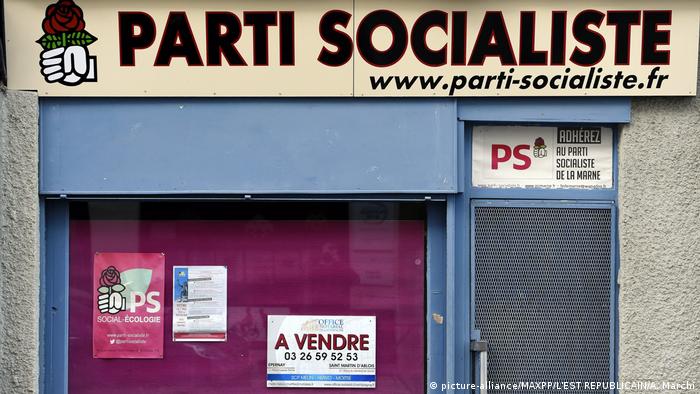 The PS has seen much better days in France

It was a similar story for the Partij van de Arbeid (PvdA), or Labour Party, in the most recent general election, in 2017. The once-proud PvdA, which saw three postwar prime ministers elected from its ranks, scored 5.7% — by far the worst result in its history and a loss of 19 percentage points compared to the previous election. Still, as dramatic as its losses were in 2017, its comeback in this year's European Parliament elections was equally so: The PvdA, surprisingly, topped the polls. However, Jun said he believe the success was likely a blip. He attributed the jump primarily to Frans Timmermans, the leading Socialist candidate to head the European Commission. 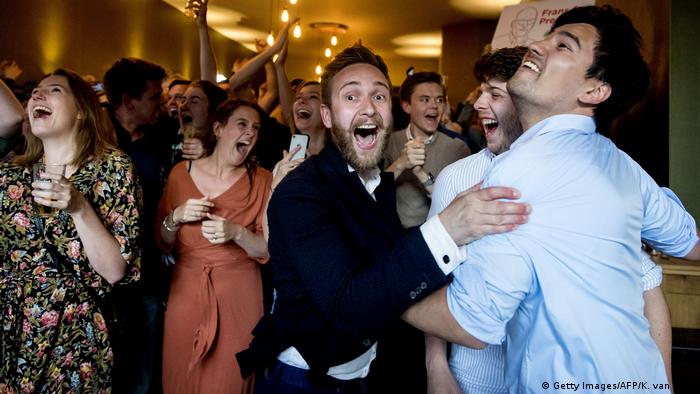 Was the PvdA's success in European elections more than a blip?

Young people, in particular, had great hopes for the Labour leader Jeremy Corbyn when he took over the party in 2015. He inspired Social Democrats in other countries, too. After years in opposition, Corbyn, who is now 70, seemed to breathe new life into Labour, which has long been one of the two leading political parties in Britain. He stands for traditional left-wing politics of redistribution and nationalization, and initially even favored a British withdrawal from NATO. 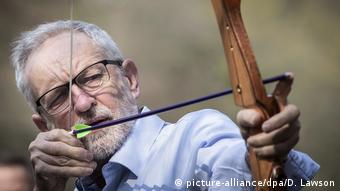 However, the Brexit conflict has shattered Labour's dream of a return to government. The party is as divided on the issue as the country itself. Labour gained just 14% of the vote in the recent European elections, and doubts are increasingly being voiced as to whether Corbyn would be the right person to lead the United Kingdom. What does Labour stand for? Many voters are unsure and are turning their backs on the party as a result.

Sweden is generally regarded as a model social democrat state. There's no other European country where social democrats have been so successful for so long. The Sveriges socialdemokratiska arbetareparti (SAP) has won the largest share of the vote in every general election since 1917, although its candidate has not always become prime minister.

In the most recent election, in 2018, the SAP dropped to 28%, its worst result in 110 years. But it still came out ahead of its competition. The same was true at the European Parliament elections. But as in many European countries, the SAP is being challenged by right-wing populists — in this case by the Sverigedemokraterna, the Sweden Democrats. Nonetheless, the SAP is still able to assert itself as a major force for integration in Sweden.

The Sozialdemokratische Partei Österreichs (SPÖ) has seen better days — considerably better days. Fifteen of the 28 governments since 1945 have had an SPÖ chancellor. Until 1990, the party got more than 40% of the vote in Austrian parliamentary elections; in its heyday, in the 1970s, there were three elections in which it got just over 50%. Those days, however, are long gone — but the SPÖ has so far been spared a fall from grace as dramatic as that of Germany's SPD. 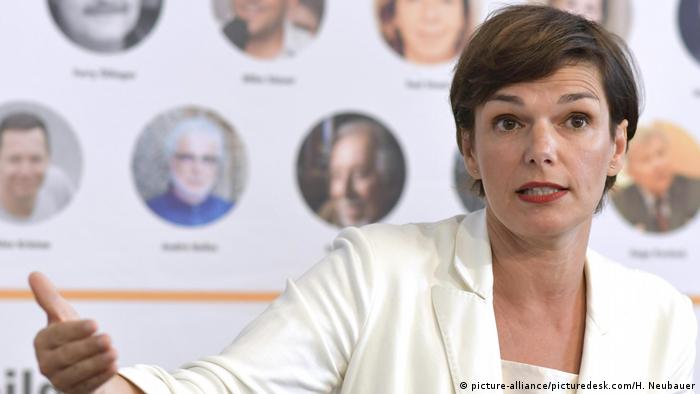 The situation in Austria has been characterized by repeated grand coalitions between the Social Democrats and the conservative Austrian People's Party (ÖVP). However, these also helped fuel the rise of the right-wing populist Freedom Party (FPÖ). Astonishingly, the SPÖ has so far failed to benefit from the recent "Ibizagate" corruption scandal, which implicated the FPÖ leader Hans-Christian Strache, and led to the subsequent collapse of the ÖVP-FPÖ coalition. New Austrian elections will likely be held in September.

There are several eastern European countries where the Social Democrats can no longer be described as a major party. Hungary's MSZDP, for example, has been an insignificant political force since the end of Communist rule 30 years ago; whereas Fidesz, Prime Minister Viktor Orban's right-wing populist Hungarian Civic Alliance, now almost entirely dominates the political arena. In Poland, the social democratic SLD, the former party of government, only ran in the recent European elections as part of a pro-European opposition alliance. In both countries, however, there are some new parties with a fundamentally social-democratic orientation that have been making a name for themselves since the European elections: the Wiosna, or Spring, party in Poland, and Hungary's Demokratikus Koalicio, or Democratic Coalition.

Meanwhile, in Slovakia, Smer is a nominally social democratic party, but it espouses national-populist policies on some issues, like migration. In Romania, the Partidul Social Democrat (PSD) is still in power, but it has been accused of changing the law to protect party members suspected of corruption. The PSD suffered considerable losses in the European elections, gaining only about 23% of the vote.

The best hope for European social democracy comes from the Iberian Peninsula. After several difficult years, the Partido Social Democrata is back in power in Portugal. Antonio Costa has headed the government in Lisbon very successfully since 2015, although his party doesn't have a majority. In the European elections, in which the PSD emerged as the strongest party, have shored up its position. 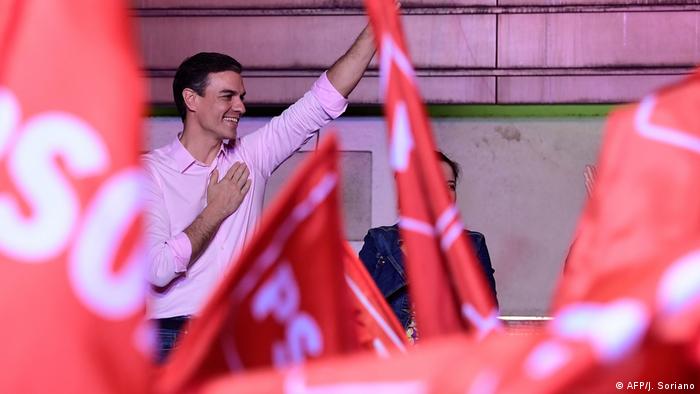 Pedro Sanchez, the prime minister of Spain, has even more reason to be pleased. His party, the Partido Socialista Obrero Espanol (PSOE) (Spanish Socialist Workers' Party), was the clear winner of the Spanish general election in April. Following the recent European elections, the 20 Spanish MEPs will be the biggest national contingent in the Socialist Democrat parliamentary group in the European Parliament.

How are Europe's Social Democrats faring?

Social Democrats are losing support almost everywhere in the EU, sometimes so dramatically that they have lost their role as center-left mainstream parties. DW looks where they've been losing influence. (05.03.2018)

Europeans have mobilized to vote in numbers not seen for decades. Major parties have seen their power shrink, and with populists and Greens making gains alliances will be crucial. Bernd Riegert analyzes the results. (27.05.2019)