Denmark′s handshake law for new citizens is ′un-Danish′ | Europe| News and current affairs from around the continent | DW | 21.12.2018

Starting in January, Denmark will require a handshake at naturalization ceremonies. Danes are critical of the idea, as is Billy O'Shea, an Irishman who applied for Danish citizenship but refuses to shake hands to get it. 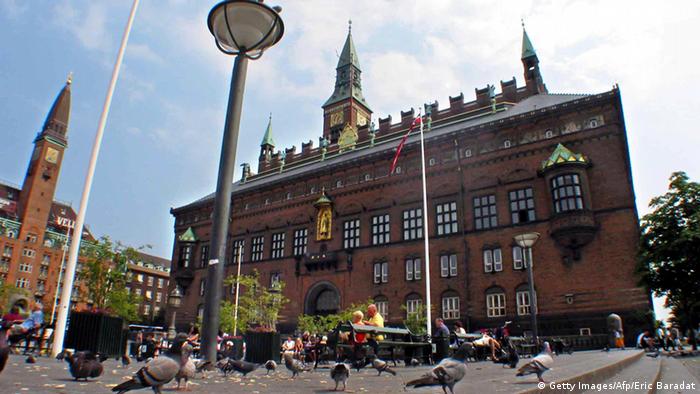 Billy O'Shea drew attention to himself this week with an opinion piece on Politken.dk, the website of one of Denmark's leading newspapers, in which he explained why he would refuse to shake hands. The 61-year-old writer and translator, who has lived in Denmark since 1981, recently submitted his citizenship application.

DW: The Danish parliament passed legislation on Thursday making a handshake with an official mandatory at naturalization ceremonies. Why do you object to the handshake?

Billy O'Shea: For me there's an important democratic principle involved here. The government says that the handshake is intended to show respect for Danish traditions and Danish culture, and I feel that you cannot impose respect by law. I feel that respect is something that arises in a democracy between people of equal status, equal rights, and it's not something that can be demanded. If you demand respect of people, what you receive will not be respect but submissiveness. 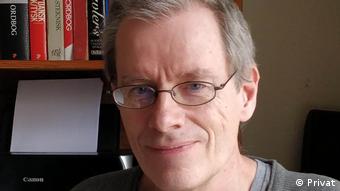 O'Shea has lived in Denmark for 37 years

When people have done all this, and furthermore waited up to two years to have their citizenship application approved, at the very last moment the government is now saying: But we need you to do one more thing. We need you to prove that you are not a religious extremist of some kind. I feel that this is an impertinence. It's just too much. It is as though the government is putting one barrier after another in the path of honest, hardworking people who are just trying to become citizens of the country in which they live.

You wrote in your opinion piece in Politiken that this is un-Danish. How?

Denmark is a country with very long, very firmly democratic traditions. And I feel that this government is not sufficiently aware of its own traditions.

It is of course part of Danish culture to shake hands with somebody else. And I'm in no way at all trying to defend the religious practice of refusing to shake hands with a person of the opposite gender. I find that to be medieval and quite ridiculous, frankly. But you shake hands with someone as a form of greeting or as a sign of mutual respect. As I said in my piece, if you invite people to a party at your house, then of course you shake hands with your guests when they arrive at the door. What you do not do is put up a sign saying, "Everybody has to shake my hand or else there will be trouble," because that is just bad behavior. It is not the way that Danish people act in my experience.

Is there any valid concern here that the government is addressing?

No, none at all. First of all, the government has been unable to come up with any kind of evidence to show that anyone at any point in any official transaction has refused to shake hands with a representative of the authorities. This has just not happened. So they are not addressing a real need here.

The second thing is, if it ever did become a real problem in Denmark, then there is nothing to stop the government addressing the problem at that time.

And thirdly, let's be realistic: If you are trying to stop religious extremists from becoming citizens, this is not the way to do it. A religious extremist who genuinely objects to shaking hands with a person of the opposite gender probably would not apply for citizenship in the first place. And if they did apply, they might decide to make an exception on that one day and shake hands, if that was what it meant.

You submitted a letter to the minister for immigration and integration, Inger Stojberg. What was her response?

Her response was quite simple: If you do not shake hands with a representative of the authorities you will not be granted citizenship. 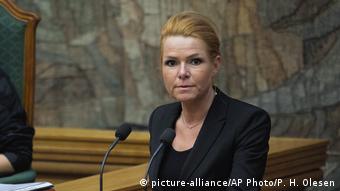 What kind of reaction have you received to the piece in Politiken?

I've had a huge reaction, and frankly I was amazed. I had expected to be slaughtered in the newspaper and in social media. The reaction I received from ordinary Danish people has been quite the opposite. There's been huge, huge support for what I said, and I was very touched and moved by those expressions of support.

A recent poll showed that 52 percent of the Danish population are against this law. Only 36 percent were for it and the rest were "don't knows." So there is no real support in the population for such an extreme measure. This is something the government is doing completely off its own bat.

Why after all these years are you applying for citizenship now?

Though as an EU citizen you don't have to give up your Irish passport ...

No. It's just purely to show respect for my country, to the country I live in, and become a true part of this society.

The high demand for residency and citizenship in EU member states has created a market for corrupt national officials to forge documents and pocket the money. Governments even profit on selling citizenship or residency. (06.11.2018)

Denmark is defying international outrage and pressing ahead with plans to force refugees to hand over valuables in return for providing sanctuary. Trine Villemann reports from Copenhagen. (25.01.2016)