Brisk business in EU golden visas and citizenship scams | Europe | News and current affairs from around the continent | DW | 06.11.2018

The high demand for residency and citizenship in EU member states has created a market for corrupt national officials to forge documents and pocket the money. Governments even profit on selling citizenship or residency. 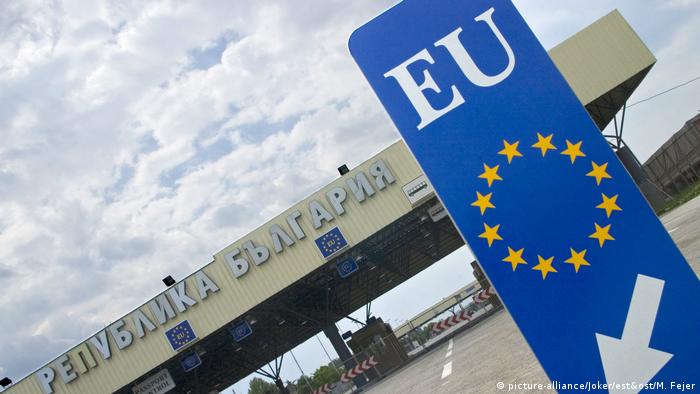 As demand for residency or citizenship in EU member states has grown, a market has emerged in which corrupt national officials falsify documents for a fee. And that is not all: Many governments of EU member states openly and officially benefit from selling "golden visas," raking in billions of euros.

Last week in Bulgaria, about two dozen officials were temporarily detained because they had for many years illegally sold fake certificates of ancestry to people from Macedonia, Moldova and Ukraine — and reportedly made thousands of euros in doing so. People holding such certificates, authenticated by the State Agency for Bulgarians Abroad, can apply for citizenship. Petar Haralampiev, the head of SABA and a notorious nationalist politician suspected of being the ringleader, was among the officials arrested; he has been removed from his post.

In 2012, DW's Bulgaria desk was one of the first media outlets to report on SABA's sale of fake ancestry documents to foreigners. Beginning in 2013 Katja Mateva, a lawyer and the former head of the citizenship department in Bulgaria's Justice Ministry, repeatedly offered senior government officials information on the sales. In 2014, Petko Petkov, the deputy justice minister at the time, sent a memorandum on the matter to interim Prime Minister Georgi Bliznashki. Nothing happened.

Mateva told DW that she was sidelined for years at the Justice Ministry, and ultimately dismissed in 2017. Petkov was branded a traitor by his colleagues. Both Mateva and Petkov told DW that senior politicians have not been keen to stop the deals.

Ancestry certificates offer citizenship in Romania and Hungary, too. In Romania, the deal mainly affects people from Moldova, where two-thirds of the population are of Romanian descent. Ukraine is also home to people of Romanian and Hungarian descent. Regional media report that fake certificates have been sold in Romania and Hungary for years. Thousands of Russians and Ukrainians are believed to have secured Romanian or Hungarian citizenship in this manner.

There's also a brisk trade in golden visas in the European Union. Non-EU citizens can buy citizenship or a permanent residence in many countries by coming in as investors. EU member states such as Bulgaria, Greece, Great Britain, Latvia, Lithuania, Malta, Austria, Portugal, Spain, Hungary and Cyprus have offered or still offer such programs.

Transparency International and Global Witness report that at least 6,000 people have bought citizenship and more than 100,000 have received residency in this manner over the past decade. The total income, the NGOs report, amounted to at least €25 billion ($28.5billion). Golden visa programs encourage money laundering and offer businesspeople a safe haven, the NGOs report. They urge the European Union to put a stop to this practice.

Hungary's golden visa program ran until 2017. Though there is almost no official information, Hungarian investigative journalists have repeatedly — most recently three weeks ago — published findings on the program's beneficiaries. According to the reporters, Russian politicians, relatives of high-ranking Russian secret service officials and confidants of Syrian dictator Bashar Assad have received Hungarian citizenship or residency. Ghaith Pharaon, a Saudi businessman who died in 2017 and was wanted by the US for bank fraud and money laundering, also allegedly received a Hungarian residence permit and applied for citizenship.

"This business practice poses security risks, not only for Hungary but the entire European Union," Andras Petho, an editor with Hungary's Direkt36 center for investigative journalism, told DW.

He pointed out an "interesting contradiction."

The Hungarian government minces no words when speaking out against immigration. "At the same time, lots of people from outside the EU are being brought into the country by way of the golden visa program," Petho said, "people hardly anyone has checked."

Every day at 1830 UTC, DW's editors send out a selection of news and features. Sign up to receive it here.