The EU says member states need to keep an eye on the number of citizenships they hand out in exchange for investment. Justice Commissioner Vera Jourova has warned that citizenships for sale represent a security threat. 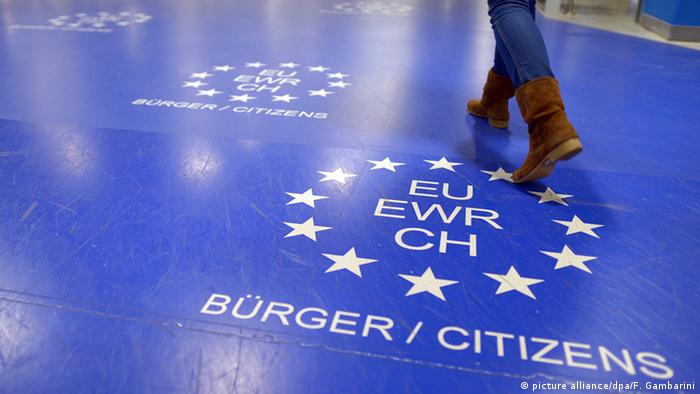 The European Commission is calling on EU countries to be more cautious when granting citizenships, according to an interview with Justice Commissioner Vera Jourova published in the German daily Die Welt on Tuesday.

Jourova said an increasing number of EU member states had been issuing citizenship to third-country nationals if they had previously invested large sums of money in their respective countries.

The Commission was "extremely concerned" about the escalation of "golden passports," being offered, the Czech politician said.

Transparency International accused them of running essentially "secret" schemes without EU oversight or disclosure of statistics, with the Schengen zone and the single European market as the key selling point.

"The granting of citizenship poses a serious security risk because it gives beneficiaries all the rights of EU citizens and allows them to move freely throughout the Union." Jourova told Die Welt.

"The EU must not become a safe haven for criminals, corruption and dirty money," she continued.

Read more: Dual citizenship in Europe: Which rules apply where?

The newspaper singled out Cyprus, Malta, Greece, Bulgaria, Portugal, Lithuania, Latvia and Hungary as examples of EU states that had handed out a significant number of citizenships to wealthy Russians, Chinese, Africans and Turkish people in exchange for investment.

"We don't want any trojan horses in the EU," she said. "Some member states must do more to ensure citizenship is not awarded to criminals."

Possession of an EU passport infers rights such as free movement inside the 28-nation bloc.

About 87 percent of people who acquired citizenship in an EU state in 2016 were previously citizens of a non-EU country, with a total of 863,300 citizenships granted — a 19 percent increase compared to 2015.

Berlin-based anti-corruption lobby group Transparency International said it was possible to "buy" citizenship in these countries under the following criteria:

Austria: National legislation allows citizenship to be granted for "rendering exceptional services in the interest of the Republic," and while a minimum contribution is not specified by law, the price tag is reported to be as high as €10 million ($11.6 million).

Cyprus: Citizenship can be acquired after investing €2 million in real estate, companies or government bonds. Earlier this year, Cyprus introduced plans to cap the number of Golden Visas it handed out to 700.

Hungary: Under Hungary's now suspended program, investment of €300,000 in special Hungarian government bonds, to be repaid in full after five years with a fixed interest rate of 2 percent.

Latvia: In 2010, the program gave five-year residence permits to applicants who invested as little as €71,150 in real estate. In 2014, the minimum investment amount increased to €275,000 in response to masses of applications.

Lithuania: Applicants must run a company with a minimum of three full-time employees and an equity value of €28,000, and hold at least one third of its shares.

Malta: Contribution of €650,000 to Government Development Fund, an additional contribution of €25,000 per family member, a further €150,000 investment in approved instruments, a minimum property purchase of €350,000 or lease of a residential property in Malta for a period of 5 years, at an annual rent of at least €16,000.

Portugal: Capital contribution of up to €1 million or real estate investment equal to or above €500,000 or €350,000 if property is located in urban regeneration areas, or the creation of 10 jobs.

Eka Rostomashvili, Transparency's Advocacy & Campaigns Coordinator said the "golden visa" schemes put the entire EU at risk, including member states that did not operate such schemes.

Golden visas were being issued to investors who lacked "genuine motivation for investment in a given country by both the applicants and occasionally by the public agencies operating these schemes," Rostomashvili told DW.

Instead of the secrecy, the EU "needs to adopt a common framework," said the Transparency spokesperson. "There needs to be clear criteria for citizenship- and residency-by-investment programs. .

Berlin and Beyond: Now I'm German...

A year ago, Brexit looming, Tamsin Walker became one of thousands of Brits to apply for German citizenship. Six months into her dual nationality, she reflects on what it feels like to be Deutsch. (16.03.2018)

The EU and UK have reached an initial agreement on Ireland, citizenship rights and a divorce bill. DW breaks down the details of the agreement. (08.12.2017)

While both governing parties supported the idea, the SPD said that citizenship must be given to new soldiers to avoid the risk of it becoming a mercenary army. (22.07.2018)

Austria: The long road to citizenship

Another passport, just in case