Berlin and Beyond: Now I'm German...

A year ago, Brexit looming, Tamsin Walker became one of thousands of Brits to apply for German citizenship. Six months into her dual nationality, she reflects on what it feels like to be Deutsch.

There's a tunnel I bike under several mornings a week, where someone recently propped up a sign of a hand-drawn black and white house next to the words 'Tiny Dreams.'

With no indication of reference, every time I saw the image and what read like a whispered instruction at its side, I drew my own mental connection between the two. Influenced perhaps by the neatly made bed of a rough sleeper in the bowels of the tunnel, the connection spoke of small and simple pleasures. Of home.

The dimensions of home began to shift for me around this time last year when, having filed an unwieldy stack of paperwork, I was eligible to apply for the German citizenship test. 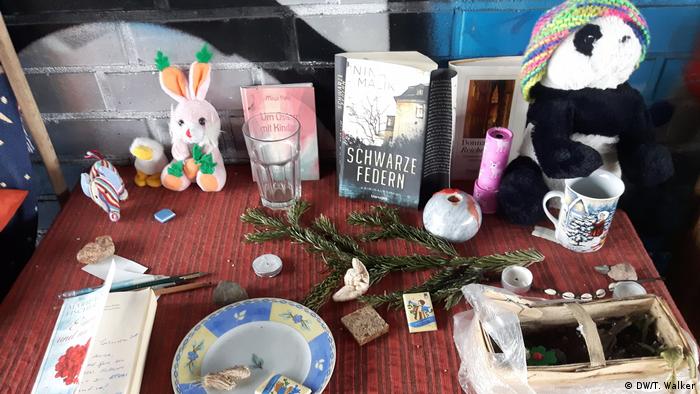 A tidy home inside the tunnel

A room of Brits with passports

Pulling up a chair in a room of other would-be nationals one spring evening, I listened, ears burning as the unsmiling invigilator explained why some in our number had been called upon to fill out our applications to be there not once, but twice. Illegible writing, she said. I had been wondering.

As the public berating continued, she warned us that such untidy scribbling could be our downfall in the test proper. I made a mental note to use my neatest handwriting. But then realized I wouldn't be writing anything, since I'd forgotten my pen. And that wasn't all. I realised looking at the passports on the tables in front of everyone else, not only that I was in the company of a dozen or so fellow Brefugees, but that I'd also forgotten my ID.

- Berlin and beyond: Auf Wiedersehen Britain

- Berlin and beyond: Virgin voter

I was convinced such a remiss approach would get me thrown me out before I'd had a chance to get in. But she had her teenage assistant check my identity, and he was willing to accept my driving license. The Teutonic gods were smiling on me.

A few weeks, my test results and several other documents later, I was summoned to a dim courtyard office and invited to stand and swear under oath that I would abide by the German constitution or risk losing the citizenship I was about to have bestowed upon me. Easy enough, I thought. But my voice quivered, infusing my delivery with unexpected emotion.

It was as if in making an official commitment by means of word repetition, I was marrying my adopted home. And in a way, I guess that's exactly what I was doing. 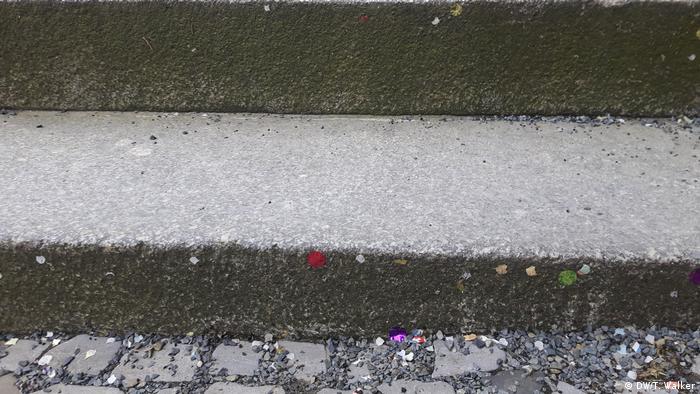 Granted, when I stood on the building's stone steps after that most intimate of ceremonies, the only confetti was old stuff on the ground in front of me, and the only fanfare the roar of passing traffic, yet I held in me, a sense of having done something monumental.

- Berlin and beyond: Enough English already

- Berlin and beyond: #MeToo in Germany

Six months into this new relationship, I'm happy to report it's going well. Clearly it has not changed the nation, but it has changed my attitude towards it. For despite having lived here for most of my adult life, having German children, friends and extended family, a German employer, bank account, tax office and so on, I had, as I've mentioned before, never quite managed to shed the idea that I was just passing through. That feeling has now more or less disappeared.

The sense of rootedness that is beginning to emerge is not about my newly acquired right to vote, though that's definitely a part of it, but about having the same nationality as my children and of the country in which I live. That, and being in possession of a German ID card enhances a sense of being part of this place rather than forever peripheral to it.

But if you're reading this old Blighty, don't feel snubbed. I still have you in my heart. I will always have a greater weakness for fish 'n chips than a sausage in a bun, and I'll forever choose Yorkshire pudding over bread dumplings. Though truth be told, all of them now speak to me of tiny dreams. Of home.

Simon Rattle, who turns 66 this month, has long been a staunch critic of Brexit. But the long-time Berlin resident says his decision to seek German nationality is driven by musical and personal reasons