G20 countries - bar the US - have reiterated their commitment to the Paris Agreement on climate change. But the resolution also had other nuances. Overall, it's a positive result, climate expert Niklas Höhne tells DW. 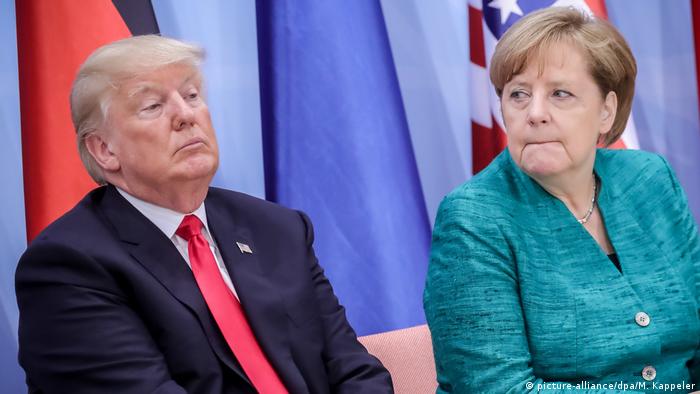 In the final joint statement issued by Group of 20 countries on Saturday, all leaders except United States President Donald Trump agreed that the 2015 Paris Agreement on curbing global warming was "irreversible."

The document noted the decision by Trump to pull out of the Paris deal, but said the United States had indicated it would "endeavor to work closely with other countries to help them access and use fossil fuels more cleanly and efficiently and help deploy renewable and other clean energy sources."

The major economies, which account for the bulk of greenhouse gas emissions, also presented a Climate and Energy Action Plan for Growth. The document lays out a broad pledge to tackle climate change.

DW spoke to Niklas Höhne, director of the NewClimate Institute, about what this all means for the climate.

How significant was the joint show of commitment to the Paris Agreement by 19 of the G20 countries? 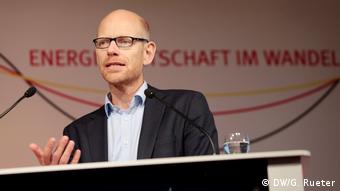 Niklas Höhne: I think it's a very positive result. The G20 summit was the first international meeting after US President Trump announced plans to withdraw from the Paris Agreement. So it was the first test of whether all other countries still stood behind that agreement.

And in the final declaration, and in the Climate and Energy Action Plan, they said that they do stand behind it. So from that point of view, I would say this is very very important. It could have been a lot worse if this this group of 19 countries had disintegrated.

So would you then describe this summit as a success for the environment?

It depends what you measure it against. If you measure it against what's really necessary, then it's far too weak. Before Trump we would have seen, in 2015, the Paris Agreement coming to life - and now, in 2017, all countries stepping up and saying, "We are going to do more than we have proposed." Right now, all countries are saying: "We are doing what we have proposed, we are not taking steps backwards." And that's definitely not sufficient if you look at what really is necessary to save the climate.

Saudi Arabia and Indonesia needed a bit of convincing to agree to the joint statement, and Turkish President Recep Tayyip Erdogan has already indicated that he might not ratify the Paris Agreement without financial concessions. Are these signs that there could be cracks appearing in the global mission to reduce greenhouse emissions?

There definitely are cracks,  but they are from the usual suspects.

Saudi Arabia always has been very very cautious about future action internationally on climate change. It was only through a huge amount of pressure they were able to then sign onto the Paris Agreement. And there's been a longstanding discussion from Turkey that they want to be considered a developing country and not a developed country, but that's not new.

I think what's more important are the other major emitters like India, China, India, Brazil, Mexico, South Korea - and they have all been very positive and are continuing with their part.

In the action plan, references to pricing carbon emissions and ending fossil fuel subsidies were reportedly removed so that the US would support the document. Do you think the G20 went far enough with this plan? Could they have made a stronger statement?

I think it's very unfortunate that we have to talk about being in or out [of the Paris Agreement], when what we really have to talk about is how to increase ambition, how to do more, how to - indeed - end fossil fuel subsidies, and how to stop new coal-fired power plants from being built all over the world.

A long time ago, the G20 agreed to phase out fossil fuel subsidies, but never put a date to it - so that could have been a nice additional element of concrete policy.

Also, how to decarbonize the transport sector, and what to do about industry and buildings - those would have been very important discussions that should have happened at the G20. But they didn't happen because of the fundamental discussions that had to be had on the Paris Agreement.

Some leaders expressed hope the US might return to the Paris deal sometime in the future. How likely do you think that is?

I think in general the Paris Agreement is very flexible, so a country like the US could basically withdraw its national contribution and put another one on the table. And if that one is weaker, few countries will say, "This is not according to the rules." I think most countries would accept it.

With international action on climate change, it's better to have the US in and have a weakened target than to have the US out completely. The most important thing about the Paris pact is that it has the agreement of all countries in the world, and it has long-term goals for phasing our greenhouse gas emissions completely.

It would be interesting to see what happens next in the official climate change negotiations, and what role the US administration will play - because officially they are still part of the Paris Agreement for the next four years.

And I think it will also be very interesting to see how Trump's climate policies will play out in the future, because he has said that he wants to support domestic fossil fuel production - but in the US, renewable energies have become so cheap that they're really dominating the market.

It remains to be seen whether the policies that Trump wants to implement really change that dynamic and lead to increase in fossil fuel use in the US or not.

Niklas Höhne is co-founder and director of the NewClimate Institute in Berlin. He is also a special professor for mitigation of greenhouse gases at Wageningen University in The Netherlands, and since 1995 has led numerous studies related to the international climate change negotiations.

The interview was conducted by Natalie Muller.

People have denounced leaders' handling of climate change, the refugee crisis and global inequality at G20 protests - but also the unrest in Hamburg. As Jenny Witt reports, there was more violence after the summit ended. (08.07.2017)