As the G20 kicks off, creative protest action is already underway - Hamburg's current "wave of protest" has environmental topics at its core. This carries forward a long tradition in the anti-globalization movement.

Climate change is at the top of the agenda for the G20 in Hamburg - and not just at the summit.

Also civil society and activist groups have been shining a light on environmental issues - sometimes quite literally. 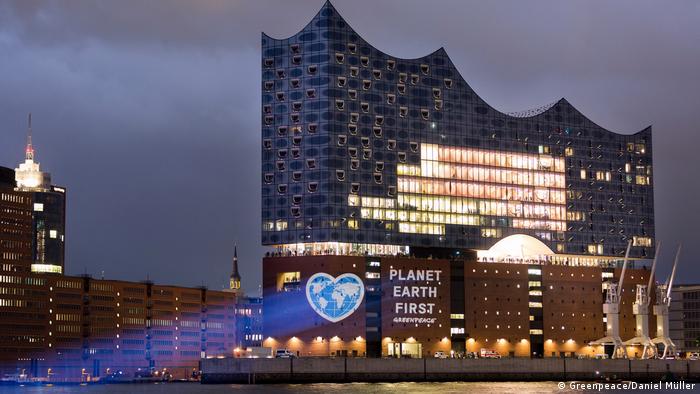 "Love letter to the Earth"

Be it a light installation or a hot-air balloon, the folks at Greenpeace are up to their old antics - bringing attention to environmental topics in sometime provocative ways. 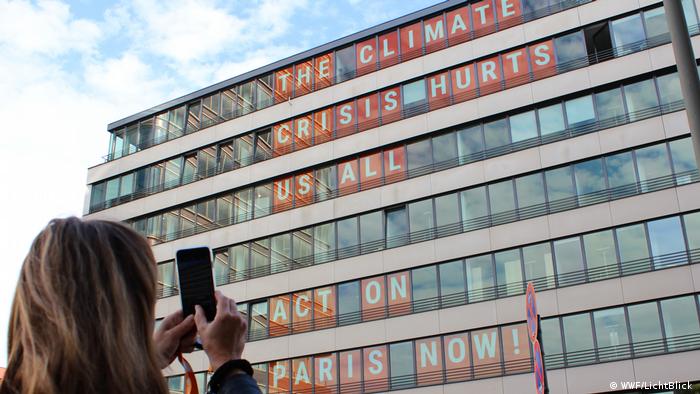 WWF is not to be left out - on the facade of electricity utility Lichtblick in Hamburg was the clear message: "The climate crisis hurts us all. Act on Paris now!"

The action was undertaken in cooperation with the utility. 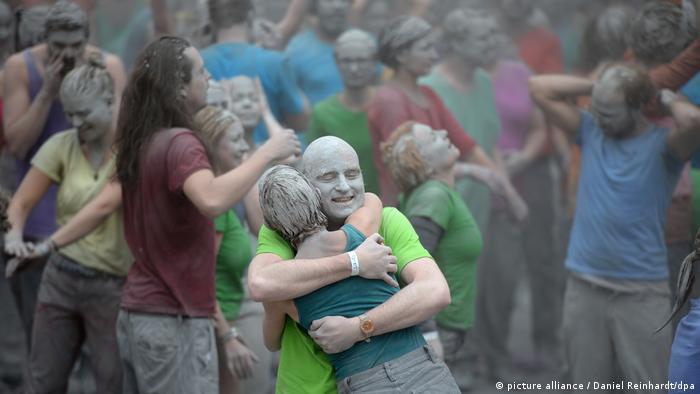 And of course, the street party continues - with a message, of course. In a performance of the collective "1000 Gestalten" (a thousand figures), participants "freed" themselves from a grey crust. To come out in green - and a plethora of other colors, too.

The G20 summit is attracting a panoply of protests - even before US President Donald Trump's first appearance in Germany. DW breaks down the main demos on the streets and waters of Hamburg. (07.07.2017)

Thousands of G20 activists will join Coldplay, Shakira and other artists at the Global Citizen Festival on Thursday, ahead of the Hamburg summit. The concert aims to draw attention to global poverty issues. (05.07.2017)

Whenever heads of state and global financial institutions come together, protest is not far away. Critics of globalization have been taking action for 20 years - also in the name of nature. DW looks back. (06.07.2017)