Thousands of G20 activists will join Coldplay, Shakira and other artists at the Global Citizen Festival on Thursday, ahead of the Hamburg summit. The concert aims to draw attention to global poverty issues.

On the eve of the G20 summit in Hamburg, music stars from Germany and around the world will stage the Global Citizen Festival at the Barclaycard Arena, a concert to raise awareness for issues linked to global poverty.

Herbert Grönemeyer, Coldplay, Shakira, Pharrell Williams, Ellie Goulding and Andreas Bourani are among the musicians set to take the stage. All of them will perform for free, and fans won't have to pay admission.

Organized by Global Citizen, an organization co-founded by Australian Hugh Evans, and sponsored in part by the Bill and Melinda Gates Foundation, the concert is the latest in an annual series aimed at drawing attention to social issues, including access to health care, clean drinking water and women's rights.

DW met with Evans and Carolin Albrecht of Global Citizen Germany to discuss their vision for the concert, to be held for the first time in Germany on Thursday.

DW: What's the idea behind this concert?

Hugh Evans: Our mission is to fight extreme poverty. We're not a traditional charity. It's a good idea to donate money to Oxfam, UNICEF, World Vision, Save the Children and other charities. But we don't ask for your money, we only want you to act. Our aim is to promote a movement that persuades politicians to invest more money in the appropriate channels so that poverty can be eradicated. 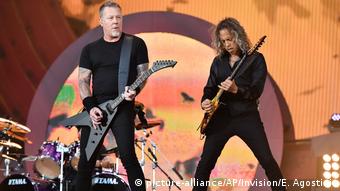 What's the connection between this idea and the Hamburg festival?

Global Citizen members can score for their actions. Once you have gained a certain number of scores, you can attend a Global Citizen Festival for free, among other things.

In other words, political commitment is rewarded by concerts. How does the scoring system work?

It all starts by downloading the app or registering on the website GlobalCitizen.org. That enables global citizens to score for each call, tweet, email, petition or meeting with political representatives - just about anything we can verify via the internet.

Can you mention some concrete examples?

In Germany, for example, global citizens can call up representatives of political parties that are currently represented in the German parliament, that is the Christian Democrats (CDU), the Social Democrats (SPD), the Greens and the Left to get them to promise on the stage in Hamburg to invest more money in development aid.

How has the political scene reacted to the Hamburg festival?

We've already talked with Argentine President Mauricio Macri, German government spokesman Steffen Seibert and Canadian Prime Minister Justin Trudeau. Within 48 hours, we received an answer. Trudeau will announce investments in health policy in Hamburg on Thursday. Macri will talk about the next G20 summit, to be held next year in Argentina. But I don't really want to say more at this point. 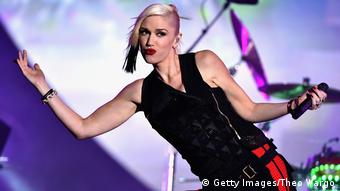 Carolin Albrecht, you work for Global Citizen in Germany. How has the German public responded to this kind of campaigning culture? Which politicians can be expected on the Hamburg stage?

Carolin Albrecht: Hamburg Mayor Olaf Scholz will speak there. And we received video messages from representatives of the four political parties currently represented in the German parliament. We're still waiting for information concerning members of the current governing coalition, in other words, representatives of the CDU and the SPD, as to who will make an appearance onstage.

Other governments seem to be less reticent. Why is that?

Albrecht: For German politicians, this kind of activism is quite a new phenomenon. They make use of social media in different ways. After contacting Health Minister Hermann Gröhe via Twitter, he responded by meeting us. And he accepted a petition concerning the struggle against pandemics and the strengthening of the World Health Organization. We have had similar experiences with the Federal Ministry for Economic Cooperation and Development. Chancellor Angela Merkel has produced a video for Global Citizen. So we're quite happy with the various reactions. What's now at stake are concrete actions. 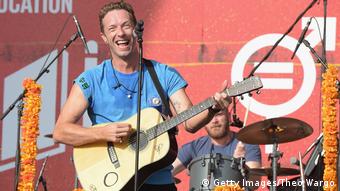 Coldplay performed at the 2015 Global Citizen Festival in Central Park

What has Global Citizen achieved so far? Can you cite an example?

Evans: A few years ago, we started a Twitter campaign asking the Norwegian government to increase spending for worldwide education. Some assistants of Norwegian Prime Minister Erna Solberg then called us, saying: "We are right in the middle of an election campaign. We are having a hard time locating tweets from Norwegian voters because there are just too many tweets by global citizens. Could you please stop your campaign?" We said: "We'll do that - if you make a commitment to our demands." Then I met with Solberg in Oslo. She promised to double spending for worldwide education within three years. All that happened three years ago - and Solberg kept her promise. Norway is now the world's biggest donor concerning worldwide education.

How has Global Citizen managed to get so many popular musicians to participate in the Hamburg festival?

Albrecht: Our big advantage is that we've already worked with almost all of the popular musicians before. For example, Coldplay's Chris Martin is one of our ambassadors. He has committed himself to working with us over the next 15 years. And he talks to other artists about our work - also here in Germany.

The interview was conducted by Alexander Drechsel.

"Living without globalization?" That was the topic of a meeting of leading economists and politicians in the run-up to the G20 summit. The jury is out on this question, as Manuela Kasper-Claridge found out in Hamburg. (04.07.2017)

US President Donald Trump spoke with German Chancellor Angela Merkel ahead of the G20 summit in Hamburg. Merkel earlier downplayed expectations Europe and the US could overcome deep differences. (04.07.2017)

On the eve of the G20 summit, musicians including Coldplay, Shakira and Pharrell Williams are coming to the Global Citizen Festival stage in Hamburg to call on politicians to be more active against global poverty. (05.07.2017)