Construction of Europe's largest-ever energy project, the Nord Stream gas pipeline, has started after years of intensive wrangling. But questions remain. Chief among them: Is the trans-Baltic pipeline really necessary? 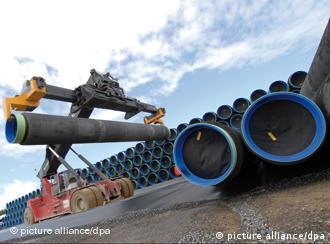 Friday marks the official start of construction of the planned 1,220-kilometer stretch of parallel steel pipes linking Wyborg in Russia to Griefswald in Germany, even though the first pipe segments were quietly laid at the beginning of the week.

Nord Stream will run under the Baltic Sea, passing through Russian, Finnish, Swedish and German waters. The plan is to connect Western European markets to Siberia's Shtokmanovskoye field, the world's largest gas reservoir, among other Russian gas fields.

Feuds over transit fees with Ukraine

The pipeline will cost estimated 7.4 billion euros. It will deliver a combined throughput of 55 billion cubic meters of natural gas per year to meet the energy needs of some 26 million households. That would account for about 25 percent of the extra demand predicted in the European Union by 2015. In the same year, the EU is expected to import three quarters of its natural gas, up from 57 percent in 2005, according to the International Energy Agency.

When Russian gas starts flowing though the first pipeline to the EU at the end of 2011 - the second is due to follow a year later - it should insulate Western European consumers from a series of energy crises caused by disputes with transit countries, notably Ukraine.

Ukraine is the most important transit partner for Russian gas. But its reputation has been severely tarnished by feuds over transit fees, which left many people in Eastern Europe without energy to heat their homes. Adding to its problems, financially-stricken Ukraine needs to invest in overhauling its aging pipeline to remain competitive. 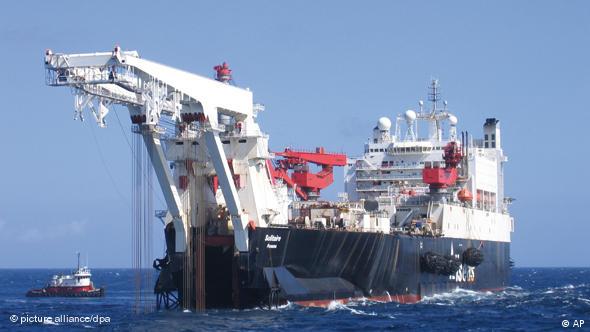 Nord Stream promises plenty of competition. The venture is backed by a consortium of powerful energy companies: Russia's Gazprom, Germany's E.ON and BASF-Wintershall, France's GDF Suez and Gasunie of the Netherlands. But it's a bold scheme that has come with a hefty price, almost double the initial estimate of 4 billion euros. And no one can rule out additional costs. A large chunk of the inflated budget has been blamed on the mushrooming prices of steel and increased costs for environmental and technical security.

Indeed, environmental concerns continue to loom and could drive expenses even higher. The conservation groups BUND and WWF in Germany, for instance, have filed suit against construction permits for an offshore section of the pipeline. Citing concerns for the marine animal and plant life, the groups are demanding that the pipes be placed below and not atop the seabed.

Safety has been another hot issue throughout the discussion of the Nord Stream project. For one, the Gulf of Finland is littered with mines and other unexploded ordnance from the Second World War. Experts argue these are best left undisturbed.

Today, a quarter of the gas consumed in the EU comes from Russia. Analysts expect the country to supply more than a third of Europe's gas needs within the next few years. Some warn of a growing dependency. Graham Freedman, senior energy analyst at market research and consulting company Wood Mackenzie in London, admits that it is "an issue." He points to the endless debate in Brussels over energy diversity and the inability of policymakers to come up with a workable plan. 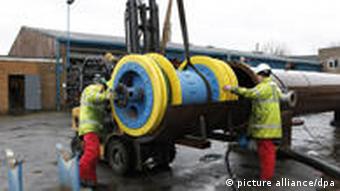 Despite Russia's powerful supplier status, Freedman said the country has an "excellent" track record as a gas supplier to Europe; its credibility, he added, is "very good."

Freedman believes that while the new pipeline will have little impact on gas prices, it will give Russia and the EU far greater leverage in gas delivery. "Western politicians have been worried about Ukraine shutting off supplies and holding the EU and Russia ransom," he said. "Nord Stream offers an alternative."

Other experts disagree. Mikhail Korchemkin, managing director of East European Gas Analysis, believes the Nord Stream pipeline is unnecessary. "Gazprom is unlikely to increase gas supplies," he told Deutsche Welle. "It just wants to bypass Ukraine. There is no good commercial reason to do so."

Korchemkin also warns of a growing dependency on Russian gas. "Russia is willing to use gas as a political tool," he said. "The country just doesn't want to sell gas for a profit but also to control it."

Moreover, the gas expert questions the Nord Stream business model. The venture, he contends, will be shipping gas priced at the top of the market and could face serious competition from shale gas.

Shale gas is a natural gas produced from sedimentary rock. It has become an increasingly important source of natural gas in the US and Canada, and is of growing interest in Europe, among other regions. Korchemkin argues that increased shale gas production from North America and new production in Europe will help prevent Russia from dictating gas prices for exports to Europe.

So even as the first pipes settle on the Baltic seabed, the wrangling over the Nord Stream project appears far from over.