Leaders pledge ′urgent action′ to clean up Baltic Sea | Europe| News and current affairs from around the continent | DW | 10.02.2010

At a summit on Wednesday, leaders from countries surrounding the Baltic Sea pledged action to help generate the 'miracle' needed to save one of the world's most heavily polluted bodies of water. 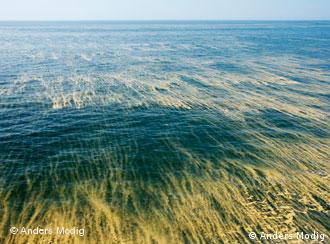 In the Finnish capital Helsinki on Wedesday, Baltic region leaders gathered to discuss ways to save the Baltic Sea, a marine environment summit organizers called one of the most endangered in the world.

"We don't expect any miracles, but serious work by all of us which may make a miracle," said Finland's President Tarja Halonen, who co-hosted the summit with Finnish Prime Minister Matti Vanhanen and the Baltic Sea Action Group (BSAG).

The one-day summit produced over 100 pledges to fight increasing maritime traffic, over-fishing and the overconcentration of harmful nutrients caused by sewage and agricultural run-off. 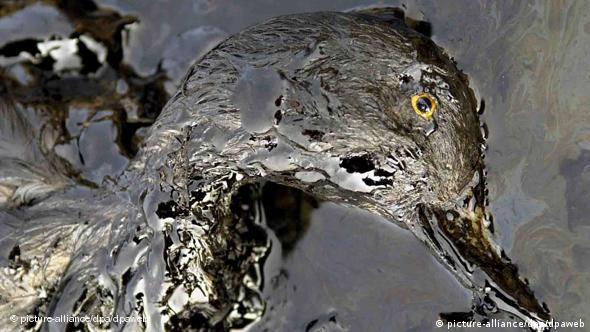 Oil spills have plagued the Baltic Sea for decades

For over the past half century, the Baltic Sea has been subjected to oil spills, untreated sewage, and various forms of harmful dumping, including that of weapons.

Lithuanian President Dalia Grybauskaite said on Wednesday that "40,000 tons of chemical weapons" still polluted the Baltic and called on the United Nations, the European Union, and NATO to help clean the sea of all weapons.

Numerous ships sunk during the Second World War are known to litter the bottom of the sea, Finland's Halonen added.

Experts say the amount of toxic dumping is not the only reason for the sea's extreme vulnerability to pollution. They say its narrow outlet to the Atlantic Ocean prevents its waters from being circulated.

Some 90 million people live in countries either bordering the Baltic Sea or with major river tributaries, and Norway's Prime Minister Jens Stoltenberg said 15 percent of the world's cargo traffic already passed through the Baltic.

Increasing shipping heightens the risks of oil and chemical spills, and Stoltenberg called for sustainable growth to secure the environmental and economic future of the region.

"Actions are needed to make the Baltic Sea healthy, and we have to address these problems by taking care of our national economies and the economies of our neighbours," Russian Prime Minister Vladimir Putin said, adding the sea had "always united" the countries in the Baltic region.

One key component of the economic development in the Baltic region is the planned Nord Stream piepline that will transport Russian gas to the European Union.

Vladimir Putin defended the Russian-led project against accusations it would further damage the Baltic's fragile environment.

"I believe that Nord Stream will be environmentally safe, reliable and a very good source of gas to Europe," Putin said at the conference. 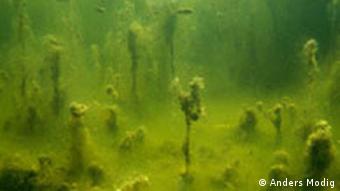 Experts say algae levels are on the rise in the Baltic

BSAG chairman, Saara Kankaarinta, said the summit provided numerous opportunities for companies willing to join the fight against pollution in the Baltic.

"As an organization, we are first and foremost dedicated to saving the sea, but there are other reasons why some participants have come here. Companies involved in research and development will have special interests here, because they will be the first to begin creating these systems, and that means they will of course have an advantage over the competition later on," Kankaarinta told Deutsche Welle in an interview.

But in a speech following the talks, Finland's Prime Minister, Matti Vanhanen, warned participants not to lose sight of the "environmental catastrophe" the Baltic Sea was becoming.

He urged those in attendance not to let the pledges made on Wednesday become like other promises made in the past.

"The most important day is tomorrow, when we start implementing our commitments," Vanhanen said.