Fifty people have now died in the shooting attacks on two Christchurch mosques, and the number of injured has also risen. An official list of victims has not yet been released, though one has been shared with families.

The number of dead and injured in Friday's terror attack on two Christchurch mosques has risen, New Zealand police announced on Sunday morning, as mourning for the victims continued worldwide.

"It is with sadness that I advise that the number of people who died in this event has now risen to 50," Police Commissioner Mike Bush said at a press conference in Wellington.

The additional death was discovered as investigators removed bodies from the two mosques where the shootings took place.

Bush added that the number of injured had also risen to 50, with 36 people remaining hospitalized. The injured include children aged 2 and 4.

Later Sunday, Prime Minister Jacinda Ardern said bodies of the victims will begin to be released to family members starting Sunday evening. All remains are expected to be returned by Wednesday, once investigators have been able officially to identify the cause of death and confirm the victim's identity.

According to Islamic tradition, the dead are supposed to be buried within 24 hours. The mayor of Christchurch, Lianne Dalziel, said staff had been preparing grave sites so burials could be undertaken as quickly as possible.

Brenton Harrison Tarrant, a 28-year-old Australian man, has been charged with one count of murder in the attack, with more charges expected.

A right-wing extremist and white supremacist, Tarrant is accused of having used multiple weapons, including semi-automatic rifles, to open fire on worshippers during Friday prayers at the Al Noor mosque, while livestreaming the attack.

A second shooting attack took place at the Linwood Mosque shortly after.

Tarrant appeared in court on Saturday to face his charge. He is scheduled to reappear in court on April 5.

Police have not yet confirmed there was a sole actor behind both attacks, but have suggested that nothing indicates the contrary.

"I will not be saying anything conclusive until we are absolutely convinced as to how many people were involved," Bush said. "But we hope to be able to give that advice over the next few days."

Tarrant was arrested in his car 36 minutes after police received the first emergency call. 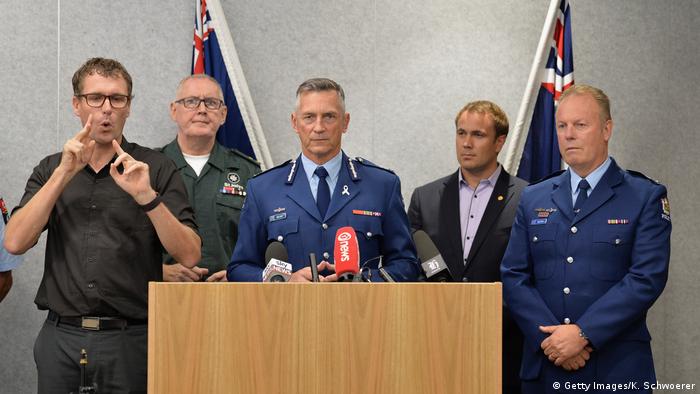 Bush added that two other individuals who had been arrested in the aftermath of the attack with a firearm in their car were not suspected to be involved. One has been released and one remains in custody on firearms charges.

A third person who was arrested was not believed to be involved in the shootings but will appear on charges that are "tangential" to the attacks, Bush said.

Bush said a list of victims' names has been shared with families. "This is not a formal list, and we will be unable to share exact details of victims until they have been formally identified," he said.

The bodies of the victims have not yet been released to families because investigations were ongoing, but Bush said they were "aware of the cultural and religious needs" and working as quickly as possible. 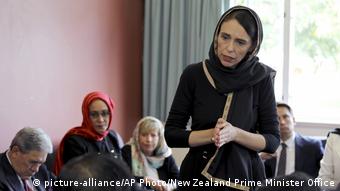 The victims included individuals of many nationalities, and the majority were refugees or migrants from countries such as Saudi Arabia, Pakistan, India, Malaysia, Indonesia, Turkey, Somalia and Afghanistan.

Prime Minister Ardern, who wore a black headscarf while meeting victims' families and survivors on Saturday in Christchurch, said Turkey, Bangladesh and Malaysia have all offered consular assistance.

She said she would ensure that freedom of religion continued to exist in New Zealand.

Muslims account for just over 1 percent of the country's population. New Zealand remains on high alert and authorities have asked mosques to remain closed for security reasons, with some churches offering Muslims a space to pray until mosques reopen.

Ardern said the government would begin discussing possible changes to New Zealand's gun laws at a Cabinet meeting on Monday. She said Tarrant was a licensed gun owner who legally bought the five guns used in the crimes.

"We cannot be deterred from the work that we need to do on our gun laws," she added.

Close to a quarter of a million people in New Zealand hold firearm licenses and only military-style semi-automatic guns need to be registered, leaving the majority unaccounted for by authorities. University of Otago professor and gun safety advocate Kevin Clements told Radio New Zealand that there were 1.5 million guns in the country and that no one knew for sure who owned them.

Authorities in Croatia, Turkey and Bulgaria have confirmed Tarrant visited their countries between 2016-2018, where he reportedly toured sites associated with historic battles between Christians and Muslims.

Details remain unclear, but the countries are investigating his movements and contacts he made while on his travels.

Australia's government plans to censure a far-right senator who claimed Muslim immigration was to blame for the New Zealand mosque attacks. The Islamophobic comments also caught the attention of a teenager with an egg. (16.03.2019)