Croatian authorities have denied a report that police are illegally pushing migrants back into neighboring Bosnia. Migrants are struggling to survive in makeshift camps as winter sets in and temperatures plunge. 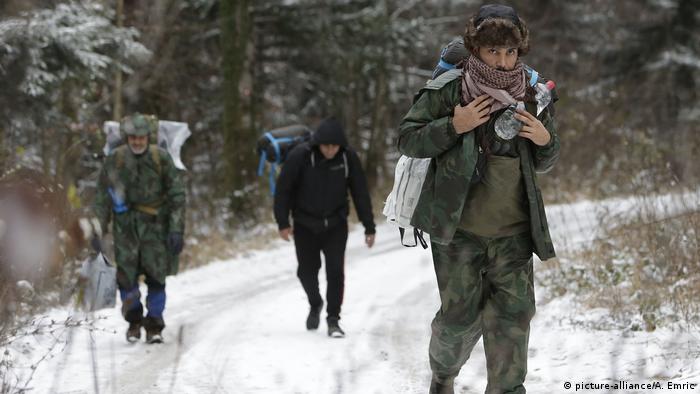 Police in Croatia have denied illegally pushing migrants back across the border into Bosnia-Herzegovina. The statement by authorities contradicted a report by the Border Violence Monitoring group on Sunday that said officers had, sometimes violently, forced the refugees back outside the external borders of the European Union.

The group cited footage provided to them by anonymous sources, taken from cameras hidden in a forest that straddles the border between the two countries. It shows Croatian police shouting at a group of migrants and escorting them back over the border.

This isn't the first time Croatia has denied that this practice occurs. The government has said police were not shoving the refugees back, but rather "deterring" them from using what they said was an unofficial crossing point.

Aid groups have voiced concern that the bitter winter weather could have serious health consequences for migrants forced to camp out at border zones. Bosnian officials said Sunday that they had rescued two people from the border area and treated them for severe frostbite.

More than 3,000 people have been cramped into three makeshift refugee centers in the towns of Bihac and Velika Kladusa, near the Croatian border. Authorities in Bosnia have struggled to provide sufficient accommodation and food. 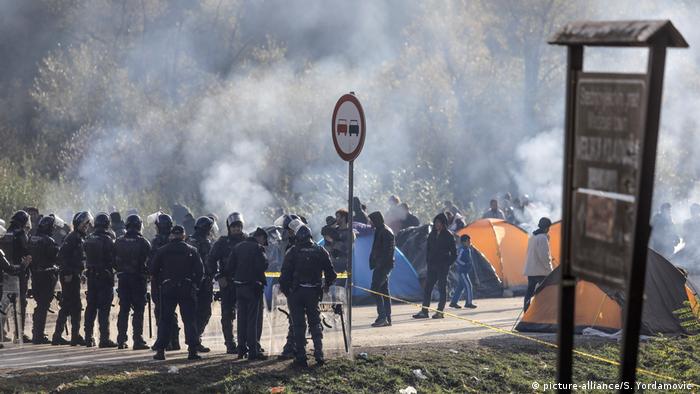 Ever more foreign guests vacation in Croatia. Yet the development seems to have surprised the country on the Adriatic: More than any other, the tourism sector is woefully understaffed. (07.08.2017)

A new energy architecture is being forged in the heat of Central Europe's complex geopolitics. Its success will depend on Russo-US relations as much as commercial sense, as the Krk gas terminal in Croatia illustrates. (03.12.2018)