A new energy architecture is being forged in the heat of Central Europe's complex geopolitics. Its success will depend on Russo-US relations as much as commercial sense, as the Krk gas terminal in Croatia illustrates. 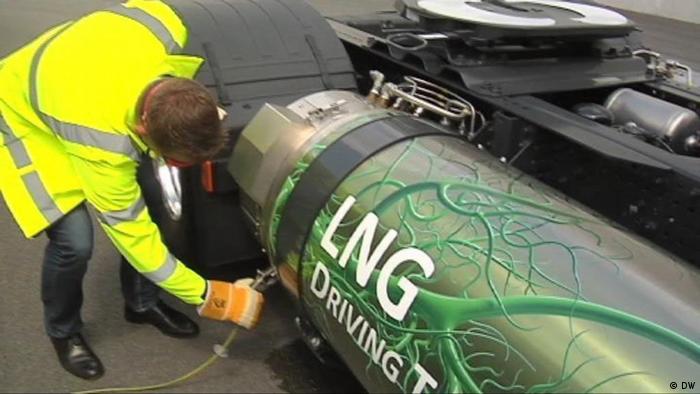 US Assistant Secretary of State for Energy Resources Francis R. Fannon said in Croatia that a long-delayed liquified natural gas (LNG) terminal on the northern Adriatic island of Krk could turn the EU member into a regional energy leader.

The US, which is pushing its own LNG agenda in Europe, supports similar projects in Poland and Germany as bulwarks against dependence on Russian gas imports. Energy consultant Mladen Pejnovic calls it America's "gas war'' with Russia.

"The terminal increases the significance of Croatia in CEE geopolitics," Jan Mus, an expert on southeastern Europe, told DW. "Except for Swinoujscie in Poland in the north, Central Europe has now access to an additional LNG terminal on the Adriatic coast. Krk is Croatia's pass into CEE politics."

The Krk LNG terminal project is of strategic interest also for the EU, which has supported it with €101.4 million ($124 million). As the EU winds down its own gas production, it will become ever more dependent on imports over the next two decades, which means choices made now will have long-term consequences for future supply routes, energy security and wider geopolitics.

Europe's import requirements — the difference between consumption and production — is seen growing from 200 billion cubic meters (bcm) in 2016 to 290 bcm in 2022.

"A multipolar network of small energy hubs is about to emerge," Victor Grigorescu, Romania's minister of energy, told EnVal. "The CEE markets are still not fully interconnected, however, and it is the dynamics of the interconnection process that give the new architecture its form. This leaves some actors [nation states] in better positions than others."

Here for the Krk

Croatia's parliament passed the bill on construction of the terminal in June, and state-owned LNG Croatia recently picked Golar Power as the bidder to deliver the floating storage and regasification unit (FSRU), which has LNG storage capacity of 140,000 cubic metres and an annual technical capacity of 2.6 billion cubic metres of gas.

Golar Power, a joint venture between Golar LNG and Stonepeak Infrastructure Partners, offered to convert the existing LNG carrier into an FSRU at a cost of €159.6 million. The total cost of the terminal is seen at €250 million, although Croatia estimates its total investment costs, including pipelines and compressor stations, at about €1 billion ($1.2 billion).

Croatia has tried building an LNG terminal for many years. "But there is not sufficient gas demand in Croatia to support the import terminal itself," Fred H. Hutchison, president and CEO of LNG Allies, told Euractiv. "Whoever is going to build, finance and run it and hopefully make a profit, has to understand where gas demand can be secured." 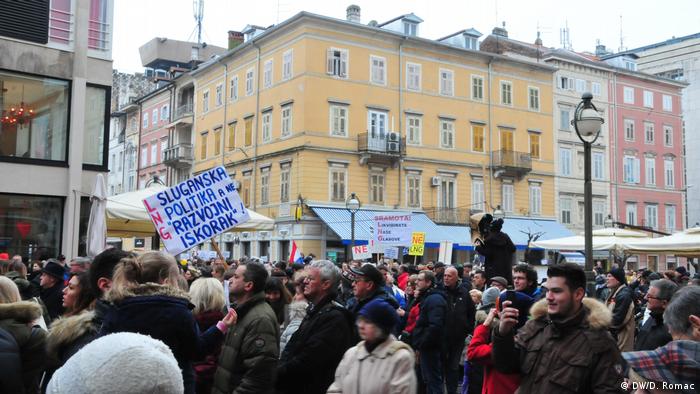 In March 2018, people took to the streets of Rijeka to protest the possible building of an LNG terminal in Omisalj on Krk, Croatia

Nothing from the US

Read more: The US gas journey, from rigs to riches

LNG producers in the US are not interested in going to Croatia due to insufficient demand — for gas, not freedom, one presumes. In the first round of tenders for the submission of binding offers, which has already expired, LNG Hrvatska reportedly received only one bid, from Croatian oil and gas group INA, for only 100 million cm of natural gas per year.

Croatia consumes about 3 billion cubic meters per year of gas and its domestic production meets about 65 percent of this. Furthermore, Croatia has recently renewed its long-term gas contract with Gazprom for 10 years, which covers the country's baseload requirements, so demand for additional LNG in the Croatian market itself will be limited and patchy at best, Akos Losz, from the Center on Global Energy Policy at Columbia University, told DW.

Russia — which scrapped the $45 billion Black Sea pipeline that would have carried gas to Europe through the South Stream project — said earlier this year it could offer the cash to build the Krk terminal. Unsurprisingly, enhanced supply with Russian oil and gas, at an affordable price, was also proposed.

Qatar and the US could both be potential suppliers, analysts believe. "But my guess is that buyers in the region will decide simply on the basis of who offers the cheapest and most flexible LNG in the market at the time," Losz says.

Croatia already receives Russian gas at fairly competitive rates, and countries in the region are generally less averse to Russian gas than Poland or the Baltic States, so they will probably be less willing to pay a premium for an alternative source of gas supply in the form of LNG, Losz adds.

Another possible supplier is Azerbaija, which is actively involved in the Southern Gas Corridor, a 3,500-kilometer gas pipeline from Baku to Europe slated to open in 2020.

Hungary and Croatia have been talking about the construction of a compressor station that would enable gas flows between the two countries. Hungarian Prime Minister Viktor Orban and Perry met in Budapest in November, with Perry urging the Hungarian government to ditch Russian energy for other projects. The Krk terminal could be an opportunity for Budapest to diversify its energy supply after 2020, when its long-term gas supply contract with Russia expires.

"As things stand, Hungary is the only sizeable market in the region that can underpin the development of the Croatian terminal project," according to Losz. "More specifically, the fate of the project is probably in the hands of one or two Hungarian gas trading companies [one state-controlled and one private]," Losz says, adding that until recently the Hungarians were looking at Romanian offshore gas as the primary source that can help diversify away from Russia.

The terminal may also supply gas to Bulgaria and Ukraine, while Bosnia-Herzegovina, after the scrapping of South Stream, could turn away from Russian supplies and connect to the terminal.

"The Krk terminal will not change the European gas market substantially because of the reduced volumes, but it will be essential for the Hungarian market and could also go from there to other markets — in an SOS situation it would be an extremely valuable source," Klaus-Dieter Borchardt, director of the Internal Energy Market at the European Commission's Directorate-General for Energy, told DW, adding that Croatian-Hungarian co-ownership was the most likely scenario.