COVID protests: The fight for Germany′s streets | Germany | News and in-depth reporting from Berlin and beyond | DW | 09.02.2022

For months now, protesters against COVID restrictions have taken to German streets, teaming up with far-right radicals. Now, counterdemonstrators are taking a stand. DW's Oliver Pieper reports on the face off in Bonn. 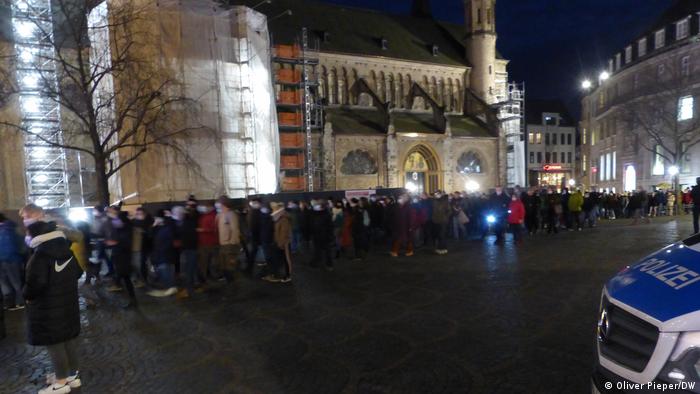 A few weeks ago, Monday was just like any other day for Diana. The normal stress of attending university during a pandemic, with online seminars until 4 p.m. Since the beginning of January, however, things have changed for the 21-year-old political science student. The first day of the week has become a regular day of protest against COVID-related restrictions in Germany.

Now, Diana is one of the people standing up against the protesters. "A few weeks ago, I would have said that I find these protests sad. Now, I'm just angry," says Diana. "These demonstrators describe themselves as helpless, normal citizens just asking questions, but there are also right-wing extremists among them. And nobody can tell me that they don't know who they are walking with." 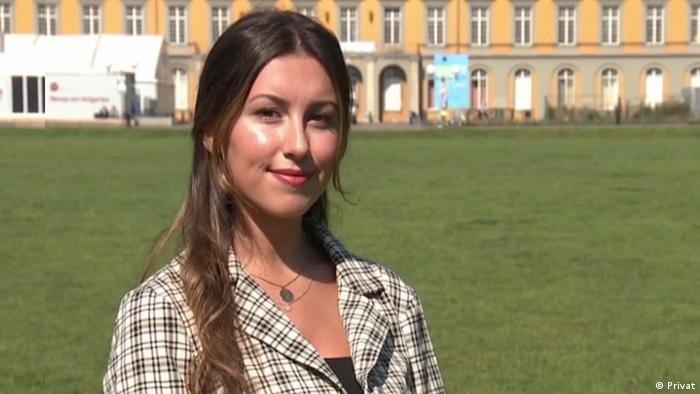 Political science student Diana is standing up against COVID deniers

On the one side, you have the people who are demonstrating against the pandemic restrictions, and who by and large do not seem bothered to march alongside members of the far-right, conspiracy theorists, and radical anti-vaccine idealogues. On the other side, you have the counter-protestors, who want to stand up against them. In between, as if acting as referee, a massive police barricade.

In Germany, three out of four people are vaccinated. And a majority of the population supports the federal government's pandemic measures despite increasing criticism. However, passing through Bonn market square on a Monday, one would get the impression that the numerical ratio is exactly the opposite: those protesting against COVID restrictions are clearly in the majority here.

Diana, who was only able to study in-person for a single semester, isn't really surprised: "It's just easier to mobilize people through fear, and by conjuring up an enemy like 'the politicians over there.'  Also, because of the risk of infection, many don't come to the counter-demonstrations. The noisy minority that shows up then believes they are the majority and they try to divide society." 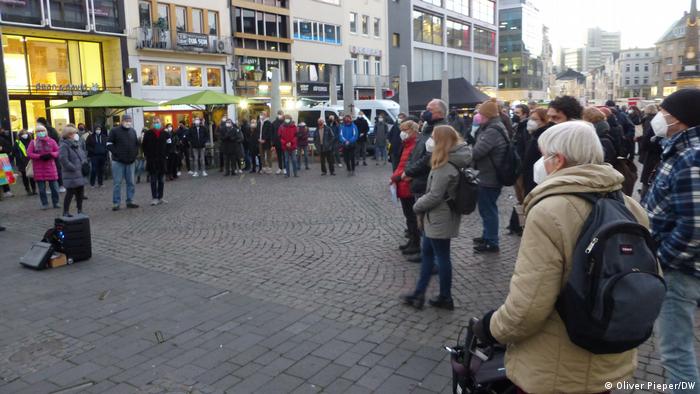 Every Monday, in Bonn city center two groups of protesters face off against each other

Around a thousand demonstrators came again this Monday evening. They meandered through the city center of Bonn in a long procession until the final rally in the Hofgarten park. A colorful mix of young and old, of people with and without masks, of families with youg children and their dog on a leash.

Musician Marius Müller-Westernhagen's song "Freedom" roars from the loudspeakers, as do John Lennon peace anthems and Karneval music. The demonstration appears harmless —  if it weren't for the little yellow flags with the inscription "compulsory vaccination –  no thanks", as well as the almost collective reluctance to give journalists an interview. There were also the chants of the demonstrators, some shouting by megaphone and others joining in a chorus of mighty rage: "Peace, freedom, self-determination" and "resistance — for a free country." 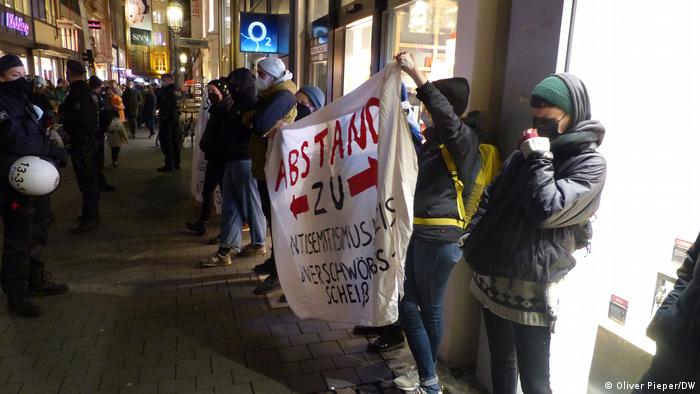 Erwin has been retired for a few months and has been one of Bonn's regular protesters from the very beginning. He wears a mask, as required. He's also vaccinated, he says. So, what makes him take to the streets week after week?

"I'm not denying the virus exists, my main concern is to prevent compulsory vaccination. It would be a massive encroachment on personal rights. In addition, compared to our neighboring countries, we have some of the toughest COVID measures, which are also paradoxical and absurd, and which nobody really looks at with clarity anymore."

The protesters look enviously at Denmark and Great Britain, which have opened up largely thanks to their high vaccination rate.

However, German politicians have been reluctant to withdraw many measures because of the relatively low vaccination rate in the country.

How do Germans feel about a blanket COVID vaccine mandate?

The name Karl Lauterbach often comes up. The Minister of Health would have to refrain from compulsory vaccination, the protestors say, in order to bring society back together. They also claim that medical personnel and people who work in care homes have warned against a vaccine mandate due to personnel shortages. Germany does not have a general vaccine mandate, but compulsory jabs for medical workers are due to come into effect in March.

Left-wing counter-demonstrators can be heard shouting "without Nazis, there would only be three of you." But Erwin is keen to reject the accusation: "I distance myself from the right-wing organizations that try to manipulate and abuse us. This is a protest of regular people," he said.

Right-wing protest in a left-leaning city

Jessica Rosenthal can't quite believe what she's seeing. Ten years ago, she moved to Bonn to study, later became a trainee teacher at a local school and has run to represent Bonn as a member of the SPD in Germany's parliament, the Bundestag. She knows the former capital and its citizens like the back of her hand. 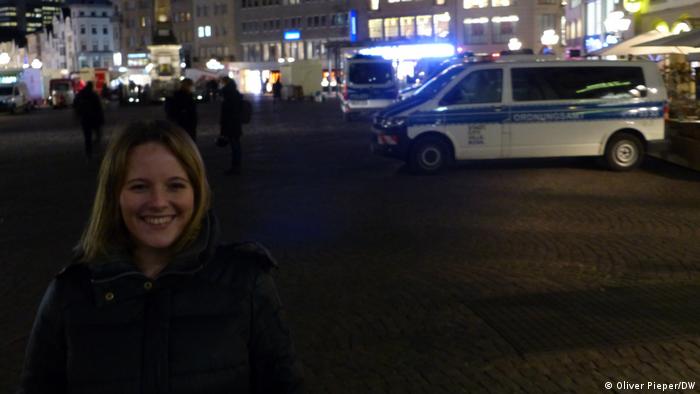 Jessica Rosenthal from the center-left SPD's youth wing, believes in the fight against far-right hatred and ignorance

"My adrenaline level goes up quite a bit when I see these protests. It's a shift to the right, with conspiracy theories that are also antisemitic," the SPD youth leader says, looking across the marketplace. "There's an attempt to normalize this, because people don't want to accept the state as an authority anymore. Which is also, again, quite strongly rooted in right-wing thinking."

She has just given a speech to the crowd of counter-demonstrators. In Bonn, the Greens, the Left and the SPD now take turns leading their own protest on a weekly basis, and today it was the Social Democrats' turn. It is an attempt not to let the COVID deniers hold sway in a city of 330,000 inhabitants with a Green mayor and where the far-right Alternative for Germany (AfD) garnered just 4.2% of the party-level vote in the last federal election.

"The level of aggression has already increased drastically," notes Rosenthal. "The majority needs to make its voice heard. And that's what I'm campaigning for. We have to make it clear that this shift in discourse has no place in Germany." After all, we have seen where it can lead," she says in reference to the lead-up to the Nazi takeover in 1933.

In what's becoming a regular event on Monday evenings, protesters took to the streets of Berlin, Cologne, Cottbus and Rostock, as well as several other locations across Germany.