Economic boom in Tangier leaves a few winners and many losers | Business | Economy and finance news from a German perspective | DW | 02.04.2021

Economic boom in Tangier leaves a few winners and many losers

Business in the Moroccan city has remained surprisingly robust in the pandemic due to its location at the nexus of global trade routes. But many locals have seen incomes fall as tourism struggles. 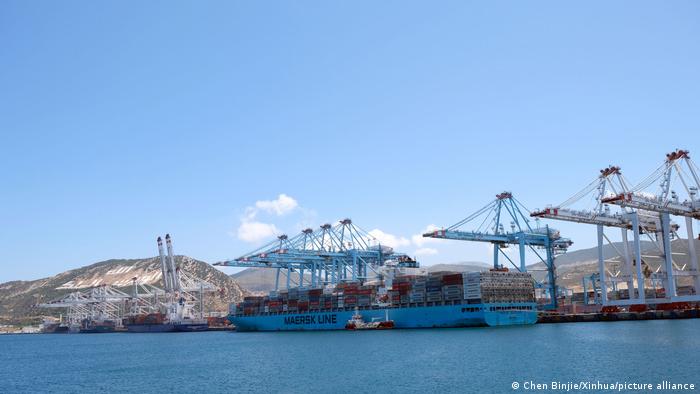 Anass Bouzid has long held the dream of emigrating to Germany. He'd love to go to Frankfurt, because the German financial hub is where some of his family live, he told DW. The 25-year-old Moroccan wouldn't have much to leave behind, he said, as he has been jobless for quite a while.

He's acquired some basic professional skills while working as an electrician, but this isn't enough to land a job in Morocco, not even in Tangier, where an economic boom is attracting workers from all over the country.

So, to overcome boredom and earn at least a meager living he occasionally borrows a friend's 35-year-old Mercedes that has no seat belts and drives some of the few tourists around the northern Moroccan city.

In Tangier, Bouzid is not the only one chasing the dream of a good life with a decent job. Like him, thousands barely make ends meet in the vibrant, bustling port city, and the coronavirus pandemic has only made their longing stronger, especially among young people. 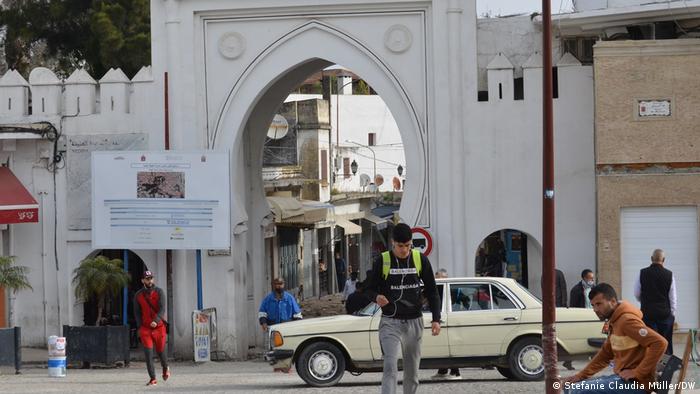 As the pandemic began to spread globally, Morocco was quick to close its borders, shutting out not only the virus, but also tens of thousands of tourists that had previously flocked to the country's beaches and old bazaars. As a result, the Moroccan economy slumped dramatically last year and is likely to contract 5.5% this year, as forecast by ratings agency Standard & Poor's.

Strolling through Tangier, however, you don't get the impression of a country hovering on the economic brink. In the medina, the cobblestone sidewalks are new and its public plazas are restored to their former splendor. Tanja Marina Bay International, the kingdom's first and largest urban marina, welcomes visitors with modern cafes and new apartment buildings, all financed by rich investors from the Arab world.

About 40 kilometers (24.8 miles) to the east of Tangier is the kingdom's crown jewel, the Port of Tanger Med. Africa's largest seaport is strategically located on the Strait of Gibraltar, and stretches for more than 10 kilometers along the Moroccan coast. Huge wind farms in the port's hinterland provide electricity for the trade hub and beyond.

"There's no other country in the Maghreb [region] that invests so heavily in renewable energy. We Germans have come to cherish that," Andreas Wenzel, chief executive of the German Chambers of Commerce and Industry in Morocco, told DW.

Morocco's liberal economic policy is a prime mover of growing foreign investment in the kingdom, analysts at Standard & Poor's say, which is why they expect investors to quickly return to the country once measures to fight the pandemic are eased. 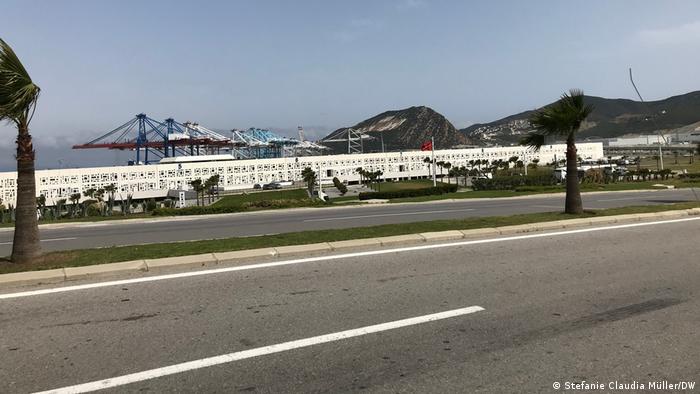 Gonzalo Escribano, a political analyst at Madrid-based think tank Real Instituto Elcano, shared this view. "Morocco is trying to diversify both its sources of national income and its political dependencies," he told DW. Even though the European Union remained its biggest trading partner and foreign market, demands from Brussels for wider freedoms and democracy were increasingly being ignored.

In recent years, Morocco's ruler, King Mohammed VI, has repeatedly invited criticism from Western governments over his policy regarding the independence movement in neighboring Western Sahara. Freedom of expression is another bone of contention with the West, as the country's press laws punish criticism of the monarchy with jail and restrict the movement of foreign journalists within the country.

Despite the kingdom's democratic shortcomings, Andreas Menzel from the German Chambers of Commerce and Industry said Morocco is "one of the most stable countries in Africa" and praised its "ideal infrastructure" that is raising German business interest.

Additionally, Britain's exit from the EU will open new foreign policy options for the government in Rabbat, including direct negotiations with London about a free trade zone in Morocco involving lower taxes for investors, said Gonzalo Escribano. Israel is also forging closer ties with Rabat in the hope of more investment, he said. 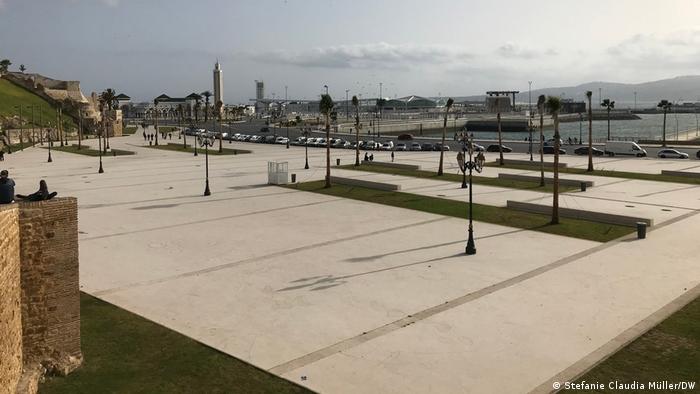 Despite the slump in global trade amid the pandemic, turnover of cargo at the Tanger Med port was up 23% last year to 81 million tons.

Recently the government also legalized the trade in medicinal cannabis giving commercial growers in the country access to global markets. A new high-speed rail connection links the crucial port in the north with the country's financial center of Casablanca. Tangier is trying to become a hub for businesses and cruise ship tourism.

Only a few years ago, German companies doing business in Tangier were mainly interested in the low-cost manufacturing of textiles in the city. Now, it's logistics firms, technology companies and services providers.

German direct investment in Morocco amounted to €1.2 billion ($1.4 billion), according to Germany's central bank using the latest data from 2018. This is an increase of 600% over a period of just eight years, said Wenzel, and made Morocco "the second-largest German investment location in Africa" after South Africa.

But despite the stunning growth, German investment still ranks well behind that of the US, Spain, France, China, Japan and the Arab world.

The situation of the local people in Tangier, however, hasn't turned around in any dramatic way with the arrival of new infrastructure and more business. Most of them still rely on the profits from tourism in the medina and its bazaars.

For more than a year now, the silence that's fallen over Tangier's old town amid the pandemic means life has become much tougher for the likes of Anass Bouzid. Along Tangier's splendid beaches, most of the restaurants have stopped offering meals, and the ferry across the Strait of Gibraltar has ceased to operate. 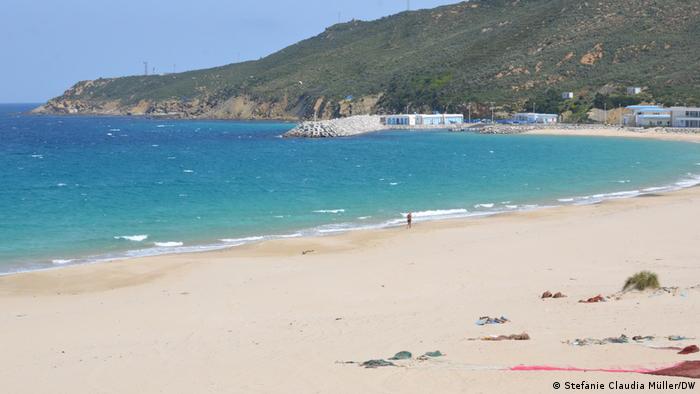 Overall about 40% of the Moroccan population is still employed in agriculture. Goats, sheep and cattle grazing next to modern factories are a reminder that modern times have arrived for some people, but not for many. And the country has become the focal point for a lot more of Africa's destitute who've been stranded there on their way to Europe.

More than a million Moroccans have successfully made it across the Strait of Gibraltar, with most of them now living in Spain. But that country isn't where Bouzid wants to be, as he's aiming for Germany. Knocking on the roof of the ramshackle Mercedes he said: "I can learn a lot in a country that builds cars that are so good."