Morocco stands to benefit as European firms, hurt by COVID-19, look to shorten their supply chains. But gains could be limited given European businesses' penchant for efficiency and low costs that China offers. 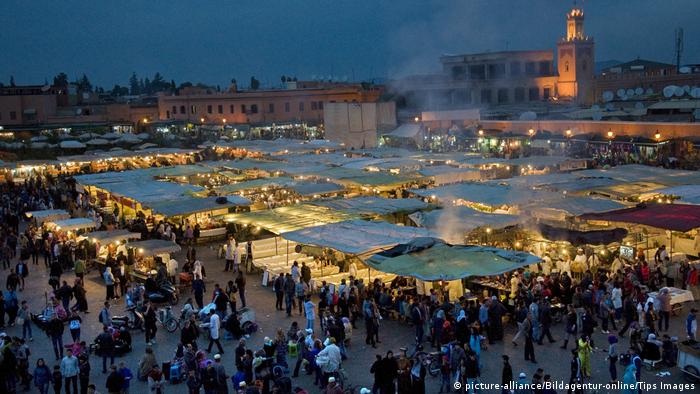 The coronavirus pandemic has exposed the overreliance of European companies and governments — already reeling from US-China trade tensions — on China for just about everything from cars to medicines.

It has prompted the European Commission to call for "strategic autonomy" in key sectors such as pharmaceuticals and building of more reliable and diversified supply chains as part of a proposed €750 billion ($858 billion) coronavirus recovery package.

Germany — which depends on global suppliers for 17% of its production, according to Munich-based Ifo Institute — is also working on a strategy to strengthen local supply chains and minimize future disruptions. The new strategy is expected to entail tighter rules on human rights and environmental protection on imported goods, a move that experts say would boost local manufacturers.

"If you look at Morocco, there are more favorable conditions there for specific areas in particular, in relation to renewable energy and environmental related sectors, Morocco is quite a frontrunner and the EU tries to chip in on that," Guillaume Van Der Loo of Brussels-based think tank Center for European Policy Studies told DW. "The idea that the European Commission has already expressed about diversifying supply chains could be beneficial for Morocco and that could accelerate negotiations on the new trade agreement."

"The Moroccan economy will experience difficulties and changes in its composition. But there are also great opportunities to be seized," the Moroccan minister for industry, Moulay Hafid Elalamy, told parliamentarians in April, briefing them on the economic fallout from the coronavirus pandemic.

"The opportunities that are opening up now for Morocco were not possible during the last 50 years," he said.

Elalamy was simply echoing what many experts have been saying over the past few months as European companies, hit hard by massive supply chain disruptions caused by the COVID-19 outbreak, strive to make their value chains more resilient to future shocks, including by reducing their overreliance on China and bringing their manufacturing closer to home.

Morocco, an oasis of political stability in the EU's turbulent southern neighborhood and a reliable trade partner of the bloc, could be an obvious choice for companies looking to shorten their supply chains, experts say.

"Morocco is very well positioned because of its proximity, because it's part of EU's regional trade agreements, its rules of origin are kind of integrated with those of the EU," UNCTAD's Alessandro Nicita told DW.

The north African country, touted by many as a gateway for Western investment in Africa, is one of the few countries in the world that have free-trade deals with both the US and Europe, both of which are currently in talks for even deeper and more comprehensive trade deals.

Its burgeoning economic and commercial links, especially with the EU, massive investment in infrastructure, and incentives such as tax breaks and free plots of land have seen it emerge as a leader in attracting foreign direct investment in Africa, with France leading most of the investment in 2018.

The EU, which has a considerable Moroccan diaspora in Spain and France, is Morocco's largest economic partner, accounting for well over half of its trade and investment. Trade between the two is dominated by machinery and transport equipment, which account for about 40% of both exports and imports.

In no other sector would the gains from the expected overhaul in supply chains for Morocco be more visible than the automotive sector. The country has emerged as a hub for automakers targeting markets in Africa and Europe in the past few years, bolstered by massive investments from European car part makers. Morocco is home to subsidiaries of large French carmakers Renault and Peugeot owner PSA.

"Morocco will be a strong contender to benefit from Renault's and PSA's restructuring as the country's autos manufacturing industry is dominated by these two OEMs [Original Equipment Manufacturers] and their supply chains are already well-developed in the country," analysts from Fitch Solutions said.

The coronavirus pandemic has dealt a major blow to global carmakers, including European brands, forcing factories to shut down and causing supply chain disruptions and sales to plummet. The crisis is expected to prompt some carmakers to exit markets where they struggle and focus on their core markets.

"Morocco could see increased investment into Renault's local supply chain as the OEM looks to restructure its operations to focus on its core markets (such as Europe and Africa-Middle East), which places Morocco's automotive industry in a strong position to capitalize on this restructuring plan due to its proximity and trade ties with Europe, Africa and the Middle East," the analysts said.

The country's larger and cheaper labor force is expected to give it an edge over central and eastern European (CEE) countries, which could also potentially benefit from carmakers' restructuring plans. Migration of workers from CEE countries to western Europe in search of better opportunities and higher pay has caused a shortage of labor and has driven up costs in those countries.

But the analysts do not expect any immediate gains for Morocco and say the country would only start benefiting from these restructuring efforts from 2021 onwards as "automakers will be keen to cut their spending as much as possible in 2020 due to the weak demand for vehicles and costs from production disruptions caused by the COVID-19 pandemic."

While Morocco has adopted several economic reforms in the past two decades, challenges remain, including capital controls and a paucity of high-skilled workers. The country's education system which was overhauled in the 1980s has failed to raise skill levels among the country's youth, making them especially unsuitable for middle management roles.

Morocco's potential gains from nearshoring by European companies could be limited given Europe Inc.'s penchant for efficiency and low costs that China offers. Experts rule out large-scale exits from China despite the risks exposed by the pandemic and increasing tensions between US and the Asian economic powerhouse. They point out that other economies may not have the capacity in terms of skilled labor, infrastructure and raw materials to meet the demands of the firms looking for alternatives to China.

The north African country is also expected to face stiff competition from countries within the EU such as Portugal, Poland and Romania, which have relatively low wages and established links to major European firms. Warsaw is striving to attract investments by offering tax waivers to companies that plan to reinvest their profits in the country. Romania is planning to launch schemes to encourage greenfield investments.

Amid the coronavirus outbreak, many multinational corporations are reviewing their strong dependence on production in Asia, notably China. African countries stand to gain as companies aim to diversify supply chains. (14.05.2020)