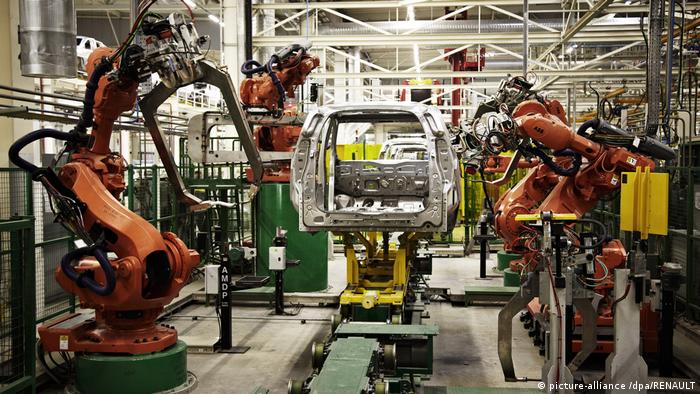 French automaker Renault announced on Friday that it plans to cut 15,000 jobs worldwide as part of a €2 billion ($2.2 billion) cost-cutting plan to cope with reduced sales over the next three years.

"In a context of uncertainty and complexity, this project is vital to guarantee a solid and sustainable performance," interim CEO Clotilde Delbos said in a statement.

Under the plan, which was outlined for unions on Thursday evening, around 4,600 of those jobs would go in France, where 48,500 of its staff are based.

The cuts would affect just under 10% of Renault's overall workforce of 180,000 employees.

"We want to generate economies of scale to restore our overall profitability and ensure our development in France and internationally," the statement read.

The manufacturer hopes to introduce the reduction in staff without redundancies, through a voluntary departure plan and a retirement scheme. Consultations with staff representatives in France are expected to start from next month.

"They've insisted on the fact everything will be negotiated," Franck Daout, a representative of the French Democratic Confederation of Labor (CFDT) told Reuters.

In addition to the layoffs, Renault's annual global production capacity will be reduced from its current figure of 4 million vehicles, to around 3.3 million. Unde such a reduction, four production sites in France could be closed or restructured, and its factory in Flins, northwest of Paris, will stop making the Zoe electric hatchback from 2024.

The manufacturer, 15% of which is government-owned, had proposed the plan to cut €2 billion in costs earlier this year, after recording its first loss in a decade last year. The coronavirus crisis has only compounded the company's problems, as the automotive industry has seen sales plummet.

Renault is in talks with the French government to obtain a planned €5 billion-loan — an aid measure linked to the coronavirus pandemic — but officials won't sign off on the plan unless the company makes certain guarantees for workers and promises to keep production in the country.

The state has also pushed the automaker to join a European initiative on batteries for electric cars, and on Tuesday, France announced an €8 billion plan to support the auto industry and its production of electric vehicles.

Renault, whose partners include Nissan and Mitsubishi, has also been shaken in past years by the departure of former CEO and Nissan Chairman Carlos Ghosn, who was arrested in 2018 over allegations of financial misconduct. Ghosn is now in Lebanon, where he fled to in December after skipping bail in Japan.