Could Poland catch up with Germany′s economy? | Business | Economy and finance news from a German perspective | DW | 19.02.2020 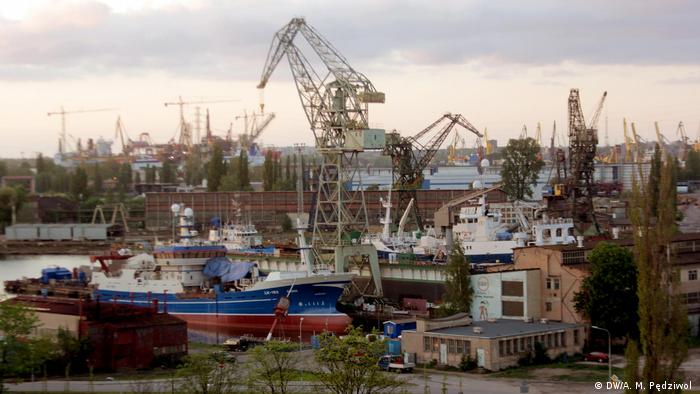 When Jaroslaw Kaczynski, the power behind the throne in Poland's ruling Law and Justice (PiS) party, announced in January that the Central and Eastern European country's economy would catch up with those of Western Europe within the next two decades, few eyebrows were raised in Berlin.

This is, after all, a common theme of Kaczynski political schtick, namely Germans thwarting Polish ambitions down the ages.

Kaczynski claimed that by 2033 Poland will reach the EU GDP per capita average and in 2040 catch up with Germany. But Germany is an export champion with a GDP of over €3 trillion ($3.8 trillion), while Poland is a long-standing net recipient of EU aid of about €600 billion. And given that Poland's success is in large part also a product of its close economic ties with Germany and EU funds largely underwritten by Berlin since 2004, perhaps the claim requires some unpicking.

"To some extent these words are political rhetoric designed for the PiS 'base' before the presidential elections in May," Aleksander Laszek, chief economist at the Civil Development Forum, a think tank in Warsaw, told DW. 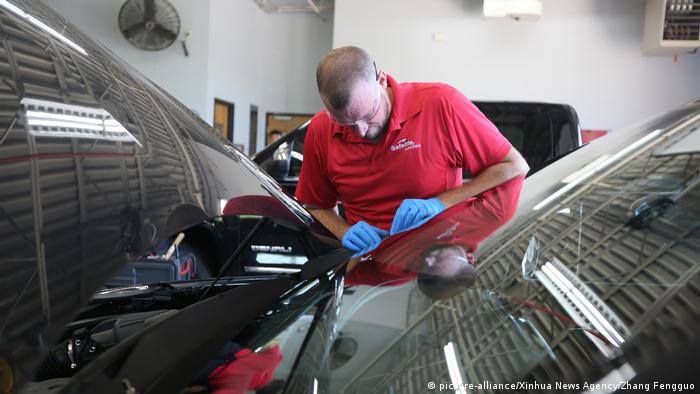 Poland's exports to Germany constitute 28.2% of all Polish exports, while imports are at 22.4%

Not all agree with the professor. A 2019 report by the Warsaw School of Economics (SGH) argued that if Poland maintained the economic growth rate it had from 1990 to 2018, it would catch up with Germany in 21 years. It would take Poland 14 years to catch up with the average GDP-per-capita rate of the 15 "old" EU member states, the report showed. Hanna Godlewska-Majkowska, a professor at the SGH, wrote in the report that in terms of GDP per capita, Poland caught up with Greece in 2015 and was set to overtake Portugal by the end of this year.

Meanwhile, in the first five months of 2019, Poland surpassed the UK to become the sixth-biggest economic partner of Germany in the world, the Polish Economic Institute (PIE) said in a report. In 2018, Poland's exports to Germany made up 28.2% of all Polish exports, while imports stood at 22.4%.

Almost 16 years ago, Poland joined the EU and at the time was one of the least affluent countries in the bloc: GDP per capita was $16,000 in purchasing power parity, the second-lowest after Latvia. Unemployment was 19%. The average monthly salary was less than 2,300 zlotys (€510). Over the last decade and a half, the country has grown around 4% a year on average, more than three times the EU average of 1.2%. Polish GDP was 44% of the EU average in 2004, compared with 67% in 2018. 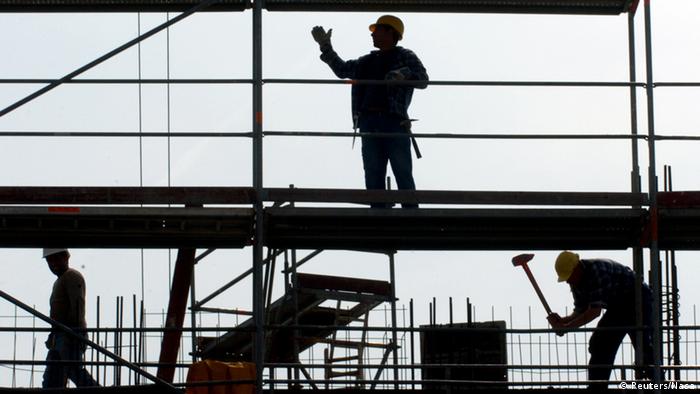 A McKinsey report says that while celebrating Poland's achievements, it is worth remembering that the country is still only 22nd among the 27 EU member states in terms of GDP per capita in purchasing power parity (Poland: $28,000 vs. the EU average of $38,000). Even so, in the 16 years since it joined the EU, the added value of the Polish economy in purchasing power parity has grown 5% a year on average, compared with just 2% in the EU-15.

Productivity, meanwhile, measured as added value per working, hour grew 4% year on year, from €13/hour in 2004 to €21/hour in 2018, the report showed. But despite this, it is still not on a par with Western Europe, where it averages €40/hour. If Poland raised its productivity to this level, its economy could be twice as large, the report said.

In 2015, the average hourly labor cost was €25 in the EU, and just €8.60 in Poland, placing it in the bottom six of the then EU28, according to Emilia Skrok, a senior economist at the World Bank. "And the convergence with wages in Germany is occurring only slowly; productivity growth and real wages tracked each other significantly more in Germany than in Poland," she wrote. Between 2000 and 2016, Polish labor productivity grew by about 51%, but pay grew only 33%. 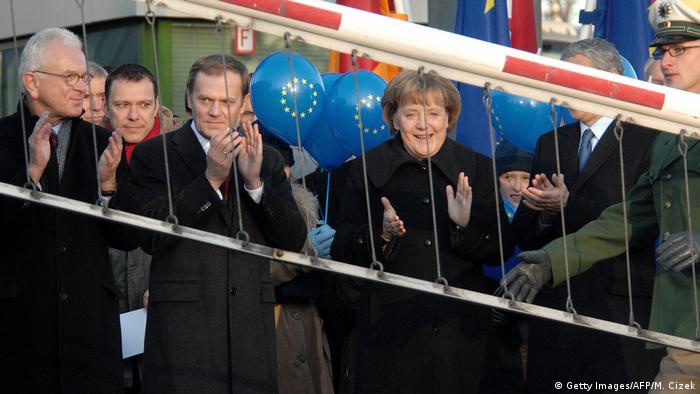 "In reality, Poland's boom is the result of positive external shocks. And if the ruling party doesn't push through serious reforms, the next downturn could seriously damage the country's future," Laszek said. "Poland's fast GDP growth, for example, was due to the cyclical upswing in other EU countries, which peaked in 2017," Laszek noted. "As the continent experiences a serious slowdown, Poland won't be immune to its effects. And barring another significant influx of workers from Ukraine, which is unlikely, the most optimistic projections for Poland's employment figures is stagnation," he added.

The Economist noted recently that four main external forces had driven Poland's remarkable successes: access to subsidies from the EU, the flow of remittances from expats working in the EU, a strong economic environment in the bloc, and starting from a low base. The PIE said that Poland has already received or will soon receive EU funding of €164 billion, which corresponds to nearly twice the country's annual budget. "For us it was in a way like the Marshall Plan and these funds have helped in the implementation of most public infrastructure investments carried out since 2004, including the construction of highways, expressways or sewage treatment plants," Piotr Arak, the director of the PIE, told DW.

Arak noted that the convergence of economic and political forces in 2014-17 was key. "PiS' attempts to nationalize the financial sector are not unique in Western Europe also," Arak said. "And sometimes the Germans also protect their own markets. It's normal. Poland still has too little private capital of its own, so the state has to do some of the heavy lifting." Arak pointed to some sectors where Poland may become European leaders, in particular window production, cosmetics, pharmaceutics. Aviation is also an area where Poland could thrive after LOT Polish airline's purchase of German firm Condor and plans to build a massive new airport near Warsaw.

Laszek believes the ruling party's attacks on the rule of law are also damaging Poland's long-term growth. "Businesses and investors have picked up on the fact that doing business in Poland holds political risks," he said, noting that private investment declined by 0.2% between 2016 and 2019. Previously — between 2013 and 2015 — it grew 5.6%. "Compounding the problem is the government's campaign of nationalization and restricting economic freedom," Laszek says.

The weekly Polityka, which tends to be critical of the government, also warns against a "return to state capitalism in Poland." In fact, the state has long been involved in many of the country's largest companies, such as the oil and gas giants PKN Orlen, PGNiG and Lotos, or the insurance group PZU, and banks such as the nationwide savings bank PKO.

Laszek points to the fact that the working age population in Poland has been shrinking since 2014, with the  number of people in working age down from 24.5 million in 2014 to 23.6 million in 2019. The labor shortage was made bigger by PiS' decision to lower retirement age to 65 for men and 60 for women, he adds.

Laszek argues a cyclical upswing in public revenues has been spent on new social transfers. "[Prime Minister] Morawiecki claims, that the state budget for 2020 will be balanced for the first time in years, but in reality the deficit was pushed to other funds controlled by central government. According to Eurostat's definition, the deficit in 2020 will be around 2.2% of GDP. So although the impact of above- mentioned policies was muted by a cyclical upswing and inflow of Ukrainians, if not reversed they will harm the Polish economy in the years to come."

Analysis by McKinsey suggests two potential paths of economic development. In the first – the baseline scenario – Poland grows at around 3% a year, the natural continuation of a long-term slowdown based primarily on demographic and productivity forecasts. In this scenario, real GDP grows by €200 billion by 2030.

In a second, "aspirational" scenario, Poland grows at 5% a year in the period to 2030. This assumes that the difference between Poland and Western Europe in terms of participation in the labor market and productivity is halved (in other words, participation in the labor market reaches 70% and productivity rises by more than 20%) and the share of investments in GDP reaches 22.5%. If this happens, the Polish economy could potentially double in size, growing from €477 billion in 2018 to €890 billion in 2030 at constant prices. That would mean per capita GDP of €24,300, on a par with Spain today.

But, according to McKinsey, risks to both scenarios include a large drop in the number of people of working age, EU funding being phased out faster than expected, a slump in foreign investment and a slowing of productivity growth due to failure to improve the education system or poor cooperation between business and universities.

"If the German economy slows down in the coming years, this will impact Poland perhaps more than most other EU economies. Indeed, there is a certain contradiction here. Data for the fourth quarter of 2019 indicate that in the end the slowdownhas reached us. The interesting question now is what the first quarter of 2020 will show," Laszek concluded.

The new government is determined to go on with its reconstruction of Poland's political economy. But without a Senate majority and economic downturn looming, will it be able to keep its show on the road? (21.10.2019)

Warsaw wants Poles in the UK to come home and help the booming economy, well, keep booming. London now says it wants them to stay, but where does that leave the almost 1 million people caught in the middle? (08.02.2019)