Coronavirus: Will Germany′s Christmas markets be canceled? | Germany | News and in-depth reporting from Berlin and beyond | DW | 21.09.2020

Germany is preparing for winter amid the COVID-19 pandemic. More treatment centers and new mandatory mask rules are planned. But with Oktoberfest already canceled, will the famed German holiday attractions go ahead? 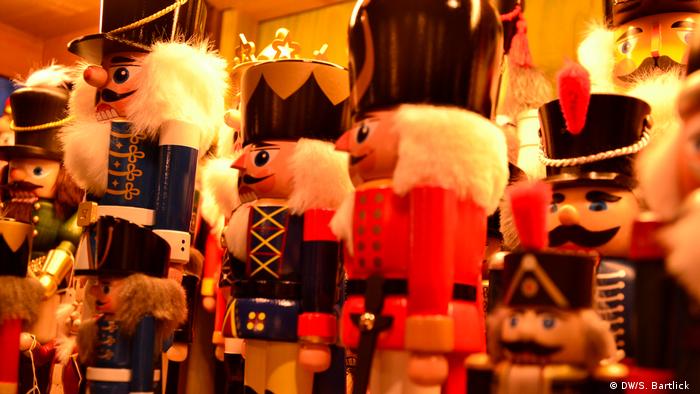 Temperatures soared past 30 degrees Celsius across Germany in mid-September as people headed to parks and swimming pools to cool down. For many German residents, winter still seems a long way away.

But experts have expressed concern about the coming cold weather and what it might do for coronavirus infection rates.

The number of daily coronavirus cases has been rising steadily across the country over the last four weeks. On Saturday there were 2,297 new cases — the highest daily number recorded since April.

Other European countries are considering fresh lockdowns. German lawmakers have begun to cautiously lay out plans for how they will tackle fresh spikes in cases and decide whether winter events can go ahead. 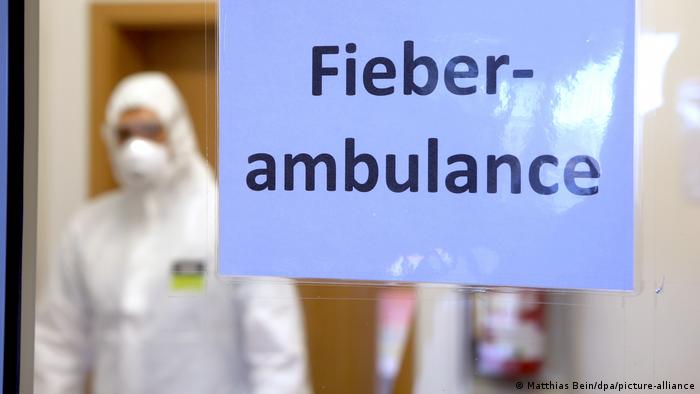 Here are four things to expect during fall and winter:

Health Minister Jens Spahn announced a plan on Monday for new "fever outpatient clinics" where those with symptoms can go to be tested for COVID-19 and receive treatment. It is hoped that these outpatient clinics would reduce the number of infections in the rest of the healthcare system.

"As things stand, Germany's healthcare system has been able to cope with the increase in cases during the last four weeks very well," Health Minister Jens Spahn told German daily Rheinische Post. But a fresh spike could overburden hospitals.

These additional clinics, separate from main hospitals, would be able to accommodate a second wave in cases and limit infection rates.

"They should be available across the country by the fall," Spahn confirmed.

One-third of all coronavirus tests carried out in Germany took place in the last four weeks, statistics show, indicating that demand for tests is rising. At the moment, anyone with symptoms is encouraged to get a test, though patients are told to avoid public transport and travel by foot, bike or car to get tested. However, doing so could become more difficult as the weather turns colder.

Until last week, Germany offered free tests for travelers returning from non-risk areas abroad. Those who had traveled to a list of risk areas drawn up by the disease protection agency have to pay for their own tests.

Spahn said a new testing strategy for the winter would be discussed in October with the heads of Germany's 16 states.

Spahn also announced plans for faster tests, largely to protect those in care homes and old people's homes. "That's where we have to prevent the virus from entering," said Spahn.

"But we are significantly better prepared than we were earlier in the year," he said.

This past weekend would have been the first of the world-famous Oktoberfest beer festival in Munich. While the beer tents did not go up, pictures from the weekend show revelers at the central Viktualienmarkt ignoring social distancing rules and packed tightly together.

Bavarian State Premier Markus Söder described these images as "disturbing" and proposed the idea of compulsory mask-wearing in public squares in the city and in all areas where "distancing cannot be observed or is not desired." He will make a definite announcement later in the week.

Bavaria has seen especially high numbers of daily cases in recent weeks, leading Söder to call for a conference of state leaders to discuss the issue. As one of the first state premiers to introduce tough restrictions on public life back in spring, he may be unwilling to sacrifice his wealthy state's economy once more. 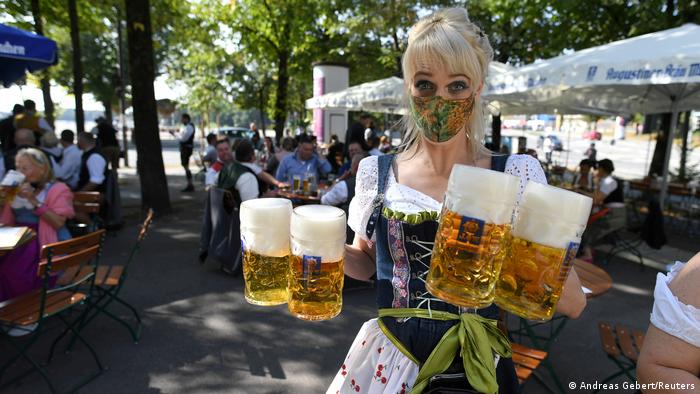 A Munich waitress gets in the spirit

After Oktoberfest, Germany's annual Christmas markets are among the most famous annual events in the country. Christmas markets traditionally begin in late November or early December and run until Christmas Day. International and domestic tourists flock to cities like Munich, Frankfurt and Berlin to drink traditional mulled wine and listen to Christmas music.

If Christmas markets are held this year, they "will be a slimmed-down version," Thuringia's State Premier Bodo Ramelow told newspaper Die Welt on Monday. People have an "emotional need for normality," he added. Over 2 million guests attended the market in the Thuringian state capital of Erfurt last year — a scale which would be unthinkable this year, Ramelow clarified. 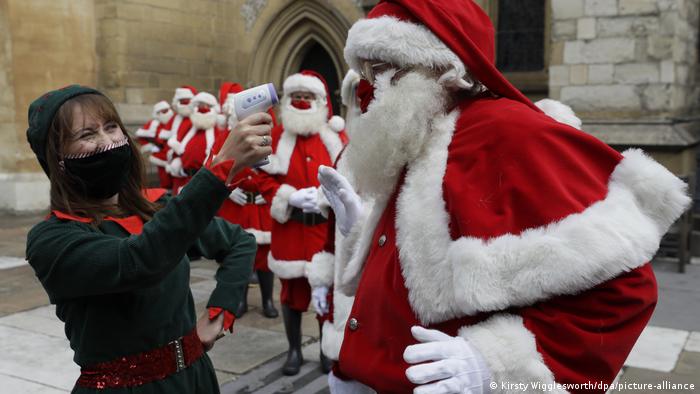 Father Christmas gets a temperature check

The mayor of Frankfurt, Peter Feldmann, wrote on Twitter to agree with Söder's desire for Christmas markets to go ahead with "well-considered concepts" in place to protect people.

The state of Saarland's premier, Tobias Hans, agreed that Christmas markets should go ahead, but called for limits on alcohol consumption. Many lawmakers fear that social distancing and mask-wearing will be impossible to adhere to if people are drunk.

The UK's top COVID advisers have warned about the new rapid increase of infections in the country and the dangers of exponential growth. On its current trajectory, the UK could see 50,000 cases a day by October.