Cases are on the rise again across many European countries, including Germany, where the disease control agency logged nearly 2,300 new cases in the past 24 hours. DW wraps up the latest COVID-19 developments. 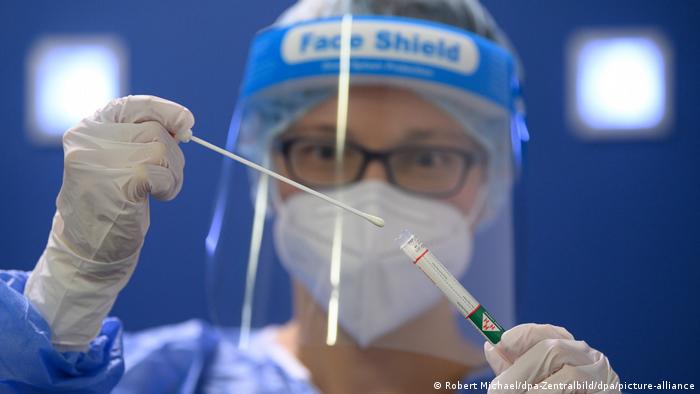 Germany has recorded 2,297 new cases of coronavirus in the past day, according to the Robert Koch Institute, the country's disease control and prevention agency.

That's the highest number of new daily infections since the end of April. By comparison, Germany recorded about 6,000 new daily cases when the pandemic reached its highest point at the end of March and start of April.

"At the moment, our health system is coping well with the situation, but the dynamic in Europe is worrying," Health Minister Jens Spahn said in a tweet.

Germany has not brought in any new restrictions nationwide but several German cities and towns imposed their own rules after they crossed the critical infection incidence of more than 50 cases per 100,000 citizens, reported German public broadcaster ARD.

These include the Bavarian state capital Munich and the district of Cloppenburg, in Lower Saxony that is set to ban groups of more than 6 people meeting up in private.

Here is the latest coronavirus news from around the world:

France: The Elysee Palace in the capital Parisopened its doors to visitors at the weekend, despite cases rising across the country. President Emmanuel Macron's official residence was opened to the public for "Open Monument Day."

Due to the pandemic, the palace significantly reduced the number of visitors. A total of 2,500 people were able to register for Saturday and Sunday — about one-third of the previous years' figure.

All visitors were required to wear face masks.

UK: Britain will likely have to reintroduce some national coronavirus lockdown measures "sooner rather than later," a leading epidemiologist and former senior government health advisor said on Saturday.

Neil Ferguson, a professor of epidemiology at London's Imperial College, told the BBC that the country was facing a "perfect storm" of rising infections as people return to work and school.

The country has suffered Europe's highest death toll from COVID-19 with over 41,000 deaths. 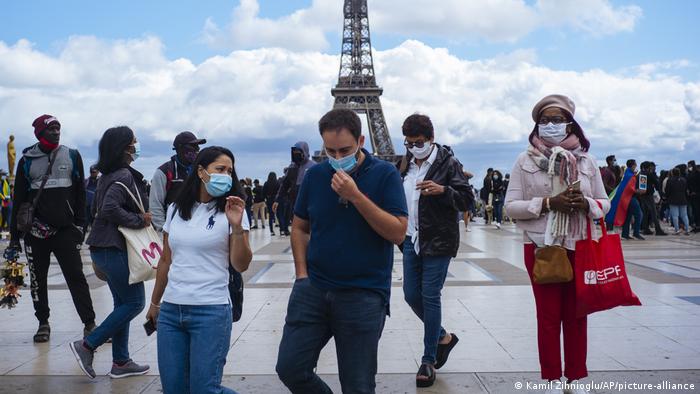 Slovakia: The personal data of about 400,000 people who were tested for the coronavirus was leaked online after a cybersecurity breach of the state public health system.

The breach has now been repaired, reported authorities.

Germany: Saturday should have marked the start of Oktoberfest celebrations, but events were canceled due to the pandemic.

In Munich, authorities announced an alcohol ban on Theresienwiese — where the main celebration is usually held — to stop would-be revelers holding replacement parties.

Approved drug: The European Medicines Agency is recommending an inexpensive steroid, dexamethsasone, be licensed for the treatment of people with severe coronavirus who need oxygen support.

The EMA says it is endorsing the drug's use in adults and adolescents age 12 or older who need either supplemental oxygen or a ventilator to help them breathe.

US: The United States Department of Agriculture is set to give farmers an additional $14 billion (€11.8 billion) to compensate them for difficulties selling their products due to the pandemic.

Canada: The country is extending an agreement to keep its border with the US closed for non-essential travel until Oct. 21. The restrictions were announced on March 18 and have been extended every month since.

Erin O'Toole, the opposition leader of Canada, tested positive for the coronavirus. The news follows the positive diagnosis of another federal party leader, Yves-Francois Blanchet. Both O'Toole and Blanchet had come into contact with people who had tested positive for COVID-19.

The Quebec government also announced that it would send police to over 1,000 bars and restaurants over the weekend to ensure compliance with COVID-19 measures. The province is also enforcing a prohibition on the sale of alcohol after midnight. 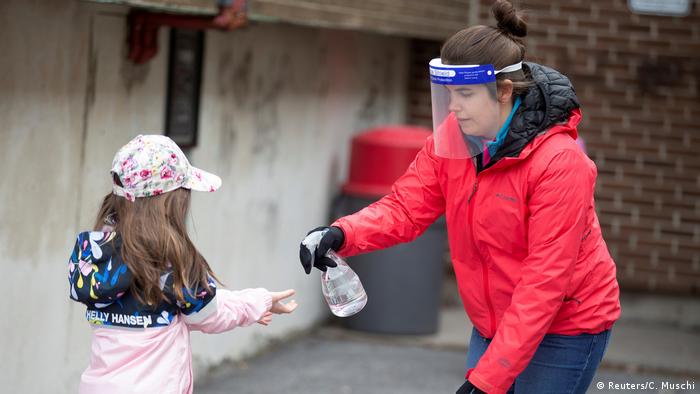 Australia: Victoria, the state at the center of Australia's virus outbreak, reported its lowest daily increase in new infections in three months, with just 21 new cases over 24 hours.

Victoria has had 90% of the country's virus-related deaths, Australia has reported nearly 26,900 infections and a death toll of 844.

The death toll also rose by 112, taking the total to 9,449, which is the highest in Southeast Asia.