DW: How much longer do we have to live with the pandemic?

Christian Drosten: It's very difficult to make global projections. We have very different, difficult situations in countries around here in Europe. The winter will not be an easy one. While we will have vaccines [available] during the coming year, it could take until the end of the next year for significant parts of the population to be provided with a vaccine.

We won't get rid of masks anytime soon. So even when we start vaccinating, the majority [of the population] will still have to wear masks.

In countries like Germany and other European countries where the incidence [of infection] is low, there will be nothing like a population-based protection.

In other parts of the world, the situation is very hard to judge. In Africa, we have signs of lower transmission and less severe presentation perhaps due to the lower population age. However, what we are seeing [data for] now is for urban areas on the African continent, where the population composition is particularly young. We don't know what effect the virus will have as it spreads to the countryside. It is possible that in urban centers the epidemic is already slowing down, but it's equally possible that it is still to come.

Which regions around the world are you most concerned about?

India is the current biggest concern. It has a high population density. The virus is spreading in an almost uncontrolled fashion. Then, of course, areas in South America and in Africa.

In the northern hemisphere winter is coming. Some countries are heading into autumn with a high background incidence and where there is low trust in medical structures and the power of public health intervention. There are countries, including in Europe, that will have to impose stricter measures very soon. 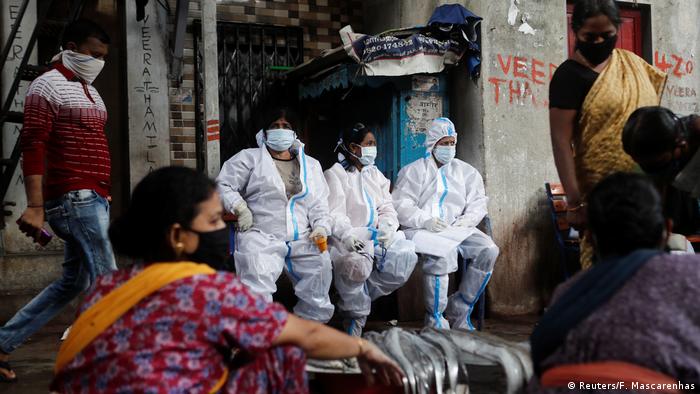 What did Germany do right?

There is a combination of reasons. The decisive point was probably that Germany reacted very early on — in terms of the relative point of time when contact restrictions, sometimes called a lockdown, were imposed as compared to the actual development of the epidemic.

The widespread availability of laboratory testing is [additionally] something that set Germany apart from other countries. We were really fast on the lab level to react.

Another explanation is that our epidemic started somewhat later. Our imported cases didn't start to become an epidemic until the end of February.

It seems that our early imported cases were controlled and didn't result in forward transmission.

These reasons explain why our intervention was extremely efficient and why, after our lockdown, the incidence in Germany was extremely low and has remained so. Even though we are seeing a slight increase in transmissions now. [September 17's tally of 2,194 new recorded cases was Germany's worst daily figure since April — editor's note.]

Looking ahead to autumn and winter, what do you expect to happen in Germany?

We should look to other European countries like France, the UK and Spain. What we're seeing in those countries is what we will see in Germany if we don't react very early on in a way that needs to be bearable for the economy and at the same time targeted.

The big challenge is to recognize the turning point to modify the intervention measures that are in place now. This is when, in certain sections of society, the incidence has increased to a level where the virus is spreading widely.

This is very difficult to estimate now, in autumn. It was easier in spring where actually the transmission chain started from large events. The virus is spreading in a different way and it is distributed in sectors of the population that are not as easy to reach.

The virus has spread under the cover of low willingness to test. Young people are often reluctant to get tested because they have milder symptoms in general. Sometimes they acquire their infection from parties and other social activities that shouldn't have happened. This is the biggest challenge in the weeks to come.

Good communication poses another challenge because we will see an increase in incidences as in other countries of Europe.

As we're testing much more than in springtime, we expect more cases now. What we are seeing currently is a bigger picture than what we saw in spring, while the actual numbers may be the same.

Read more: Coronavirus: Half of Germany scared of second wave

What role can antigen tests play to prevent the German health system from being overwhelmed?

First of all, I'm not sure whether rapid and simple antigen testing improves tracing.

They will probably inform decisions in the details, such as public health agencies who use these tests as well as other sections of society, for example, when staging mass events.

Which other measures are necessary?

Other interventions and measures include wearing masks. This is supported by clear scientific proof. In spring we had to rely on old scientific evidence that was not based on coronavirus outbreaks in particular, meaning we had to say there is low evidence for the use of masks. This has changed — there is now evidence for the efficacy of mask use. There is also independent support for hand hygiene and for social distancing.

Another very important intervention is to speak to the public. Everybody has to know about the basic principles of transmission of this virus. It is not enough to impose rules that people don't understand. The cooperation of the population — especially in the coming weeks and months over autumn and winter — is probably one of the most important parts in the whole intervention concept.

We are hoping for a vaccine: we have to hope as there is no other way out of the situation. The acquisition of population immunity is very likely to go along with an intolerable number of fatalities and severe cases of disease. The virus, if we let it run, will force a lockdown. This is inevitable if we do not intervene. Everybody has to understand this intervention, but it is only bearable for a limited amount of time. We need a vaccine certainly during the next year. 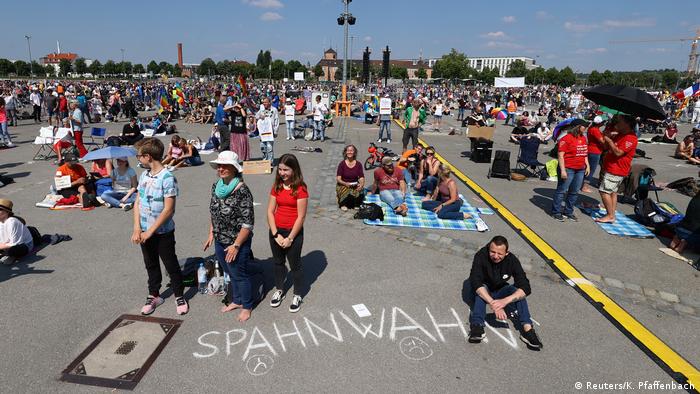 When will we be able to hug each other again?

In some parts of the world, I wouldn't be surprised to see population protection during the next year. They will have undergone an epidemic that may not seem like a very severe epidemic due to their age structure, for example in African populations.

In other parts of the world where the concept is to avoid widespread virus transmission and wait for deployment of a vaccine, we can expect to wear masks until the end of 2021. It's impossible to make exact projections but next year we will be wearing masks.

Why did you give us this interview now?

I certainly feel that explaining these complicated problems to the public as much possible and then repeating and explaining again is an intervention per se. It is a non-pharmaceutical intervention. It is probably the most important one, because it's the considerations that you make on a day-to-day basis. Whether you will have this party and how many people you invite. This is a decision for normal people. It's nothing that politicians or public health agencies can direct.

Coronavirus digest: WHO hopes for end to pandemic within two years

The WHO says it hopes the planet will be rid of the pandemic in less than two years. A prominent German politician is calling for nationwide fines for those who contravene mask rules. Catch up with the latest.