On Monday, new regulations went into effect across Germany requiring residents to cover their noses and mouths while traveling with public transportation or while shopping.

Each of Germany's 16 states, which are entitled to make their own decisions under Germany's federal system, drew up their own set of regulations — meaning that the rules are slightly different depending on the region.

DW takes a look at the ins and outs of the new regulations:

Where is it required to wear a face mask?

Generally, most states now require residents to wear face masks or coverings while in shops, grocery stores, and shopping malls, as well as on local public transportation.

Berlin is the only state where masks are not required in shops and supermarkets, but rather "strongly recommended."

For public transportation, the southern states of Bavaria and Baden-Württemberg, and the western state of North Rhine-Westphalia (NRW) as well as Berlin also require residents to wear masks at bus stops, train platforms and subway stations.

In NRW, face coverings are also specifically required in doctor's offices and when picking up take-out food from restaurants. Hesse and Rhineland-Palatinate explicitly require masks to be worn in all banks and post offices. 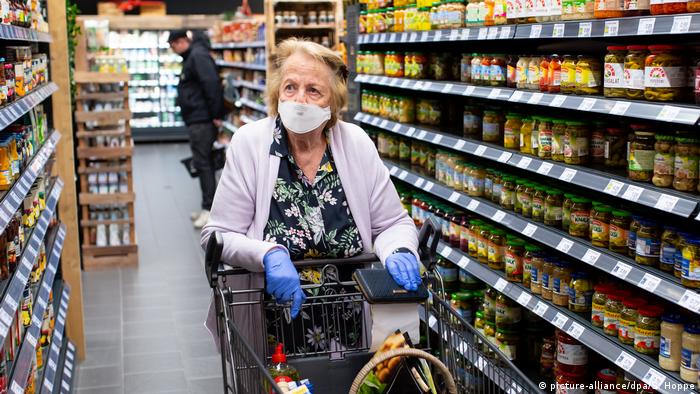 Since Monday, masks are mandatory in all of Germany's federal states, albeit to differing extents

Outdoor markets are included in the regulations in Hamburg, Saarland, NRW, and Lower Saxony.

Passengers in taxis are also required to cover their noses and mouths in Saxony-Anhalt, Bavaria, Lower Saxony, Mecklenburg-Western Pomerania, Hamburg and Saarland.

In the northwestern state of Schleswig-Holstein, the new regulations will not take effect until Wednesday, April 29.

Who is required to wear a mask?

In most German states, anyone above the age of 6 years old must wear a mask or face covering wherever it is designated.

In the eastern state of Saxony-Anhalt, children older than 2 years old are required to wear one in stores and on public transportation.

There are exemptions for people who are severely disabled as well as people with respiratory diseases such as asthma.

Berlin is the only state that has not set a minimum age. Officials in Berlin, however, recommend that children should also wear some form of nose and mouth protection while traveling on public transportation, the Berliner Morgenpost newspaper reported.

What counts as a face mask?

All of Germany's 16 states call for residents to wear "mouth-nose-protection" — the term is purposefully broad so that people who haven't been able to purchase or sew their own masks can still find a solution and continue to go grocery shopping. 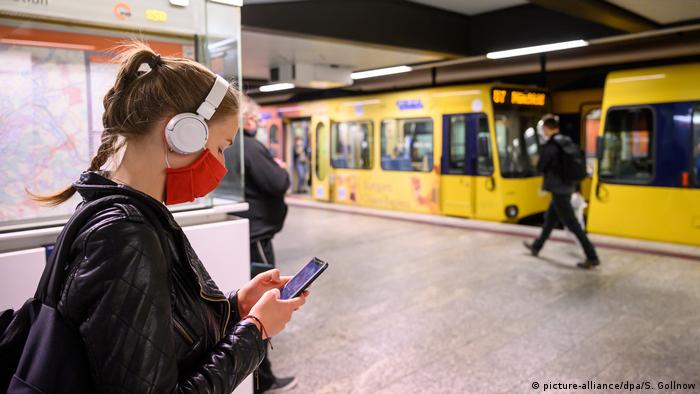 Using a scarf, kitchen towel, or other type of sturdier cotton fabric are also perfectly acceptable alternatives. The most important thing is that the face and nose are properly covered.

What are the penalties?

The penalties for violating the new mask regulations range from stern warnings to potentially hefty fines.

Bavaria has the strictest penalties in place for those who repeatedly ignore the regulations. Those caught not wearing a face covering while taking public transportation or while in a store face a €150 ($163) fine, which could double to €300 for repeat offenders. Store owners who don't provide their employees with masks could face a €5,000 fine.

Those violating the rules in the northeastern state of Mecklenburg-Western Pomerania face a €25 fine, while the central state of Hesse has instituted a €50 fine.

How are people getting masks?

In the small western state of Saarland, residents can receive "starter packs" containing five masks. Local municipal authorities will be in charge of passing them out.

For the rest of Germany, state governments do not have plans in place for providing residents with face masks. Instead, they have encouraged residents to construct simple solutions out of fabric at home or to wear scarves while on public transportation or going to the shop.

In an effort to ease the burden for procuring masks, the German military has been called in to help special mask delivery flights. 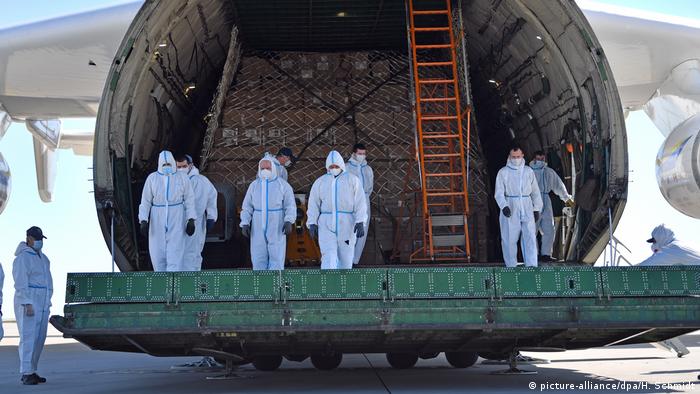 On Monday in the eastern city of Leipzig, the Bundeswehr unloaded more than 10 million masks flown in from China on the Antonov-225 — the world's largest and heaviest cargo plane.

For six hours, 15 members of the Bundeswehr, Germany's armed forces, were tasked with unloading the precious cargo. In total, 25 million masks will be flown from China to Germany on three separate cargo flights.

From Leipzig, the masks will be distributed across Germany's 16 states, where regional health officials will decide which areas of society are most in need.

Coronavirus: Grassroots project adapts snorkeling masks for use against COVID-19

Such masks are already a success for coronavirus patients in Spain and Italy. Two students are hoping to bring a novel concept to Germany. But they need help. (02.04.2020)