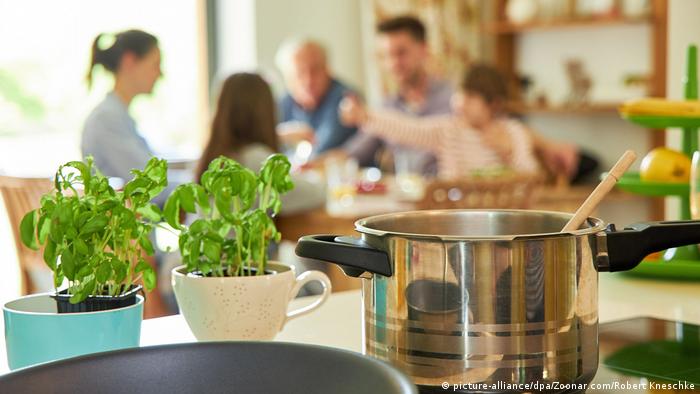 With all its disadvantages, the lockdown in Germany has propelled many people to try to improve their health and well-being. There's been an uptick in online searches for yoga mats, and some people say they started cycling, not only because of the fear of taking public transport but also because of exercise. There are also far more people walking on the streets and in the parks.

Even with gyms and swimming pools closed, many people are finding ways to stay active.

Many have also adopted healthier eating habits. One in four people was cooking more often than before the outbreak of the novel coronavirus, according to a poll commissioned from the market research company Kantar by the Heinz Lohmann Foundation. 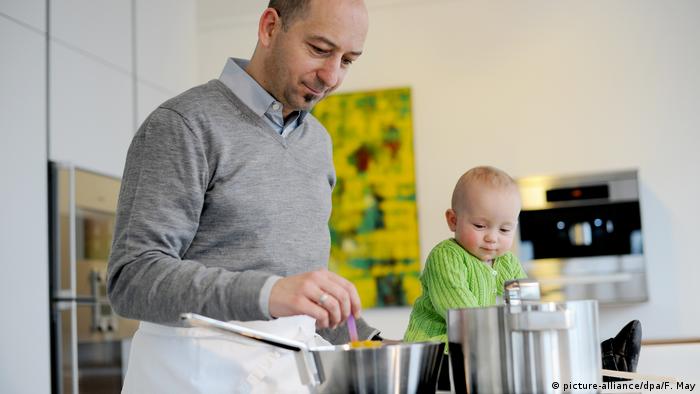 According to the results, most people said they stuck to recipes that they already knew, but 18% said that they had been cooking in a healthier way. For 70% of those polled, this meant eating more fresh vegetables and salad than before and 48% talked of eating more vegetarian dishes. Some 38% said that they had baked more than before — a reason why flour and yeast were hard to find in many German supermarkets.

This poll was conducted at the end of April, before the meat industry hit the headlines after dozens of workers in slaughterhouses living in crowded housing contracted COVID-19 and triggered a political debate about the substandard working conditions. The headlines do not seem to have had an immediate impact on consumers' appetite for meat, which has apparently not subsided in the past few weeks.

The VEGZ, a German association for producers of livestock and meat, has increased its price recommendations. Some slaughterhouses were forced to close down temporarily, but that has not influenced the low price of meat, even as demand increases with many restaurants reopening.

However, people in Germany do seem to be eating less meat overall than a few years ago. According to the Federation of the German meat industry (BVDF), the demand for pork — Germany's most consumed meat — is particularly decreasing.

In 2019, the average German consumer ate less than 60 kilograms (132 pounds) of meat. This was the lowest figure since the mad cow disease crisis. 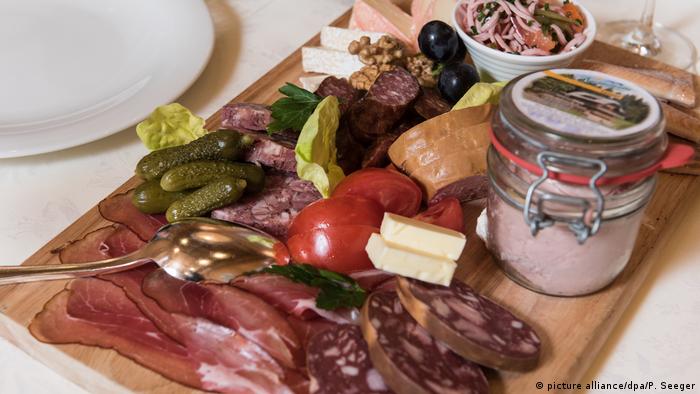 This tallies with a Forsa poll conducted in early 2020 for the German Ministry of Food and Agriculture. It found that 26% of those surveyed ate meat every day, down from 34% five years earlier. According to the ministry, "More and more men are no longer eating a daily portion of meat."

The survey was conducted as part of an annual report on nutrition that Agriculture Minister Julia Klöckner will present on Friday.

The study also showed that the percentage of vegetarians (5%) or vegans (1%) in the population has remained constant. But there are more people, especially among the younger generation, who are willing to at least try analogue or substitute meat products, lab-produced meat or protein made from insects. Some 49% of those surveyed said they had eaten such products.

Whatever people are eating and whether they are doing more yoga and cycling, the lockdown seems to have had an impact on weight in Germany. Some 14% of those polled by Kantar said that they gained weight during this period while 10% said that they had lost weight.

After being shut down for two months, some restaurants in Germany have opened again. But owners and guests are facing new challenges, as DW discovered in the capital, Berlin. (21.05.2020)