Over 90 million people have now been infected by COVID-19. Nations around the world are scrambling to vaccinate vulnerable groups and suppress new coronavirus variants. DW has the latest. 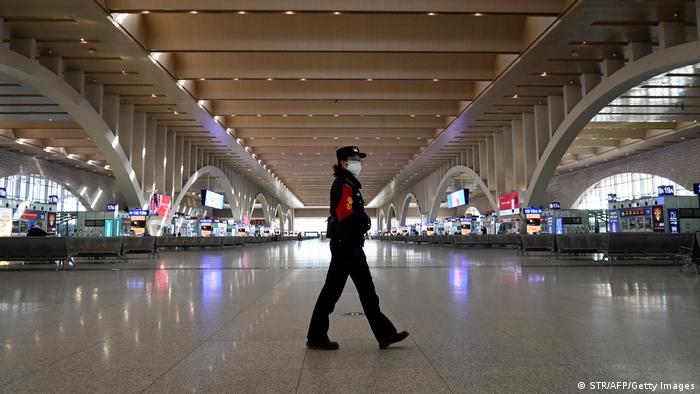 The global count of coronavirus infections has crossed 90 million, according to the data released by the US-based Johns Hopkins University. The news comes as health workers worldwide push against the spread of new and more virulent mutations of the disease.

The tally of COVID-19 cases has doubled in just 10 weeks, the Johns Hopkins data showed.

In late October, the number of infections worldwide stood at 45 million compared to 90 million on Sunday.

The pandemic has also claimed nearly 2 million lives around the world in little more than one year.

Harder lockdown restrictions came into force across all of Germany's 16 federal states on Monday. They are set to remain in place until January 31 at the earliest.

The new measures were brought in after restrictions, slated to remain in place until January 10, had only a moderate impact on caseloads.

The country aims to immunize all vulnerable people by mid-February – a number that totals 15 million. It is currently administering shots to 200,000 people in a day. Experts say the rate of inoculation needs to be at 2 million a week to meet its target.

Thousands of people in the Czech Republic assembled in capital Prague’s Old Town Square on Sunday to protest against an ongoing vaccine rollout and strict government anti-virus restrictions.

Former prime minister and president Vaclav Klaus was also among the protesters, who said that the closure of restaurants, businesses and schools was taking an economic and mental toll.

Africa surpassed the milestone of 3 million confirmed cases on COVID-19 on Sunday, with over 72,000 deaths.

Algerian President Abdelmadjid Tebboune is back in Germany, where he spent two months in hospitalafter a coronavirus infection, for treatment.

The treatment was planned before he left for his country in December but was delayed due to "urgent matters" at home, state television reported.

Chinese authorities said on Monday that a 10-person team from the UN's World Health Organization (WHO) would arrive on January 14 to investigate the origins of the coronavirus pandemic.

The experts were set to arrive at an earlier date but their entry was blocked at the last minutewhen Chinese authorities refused to grant authorization.

Elsewhere in China, scores more have tested positive for coronavirus in Hebei province, the center of one of the country's most serious outbreaks in recent months.

The National Health Commission said on Monday that another 82 people in the region had tested positive and were showing symptoms.

"Our healthcare system is at breaking point, the situation today is indeed very alarming," he said in a nationally televised address.

Malaysia had relaxed restrictions as infections fell to almost zero in 2020but cases have crept up again, with total cases hitting over 135,000 as of Sunday.

In Australia, a hospital closed its emergency department after a man tested positive for COVID-19 on Sunday.

The shutdown in a Sydney hospital prompted ambulances to be diverted to other facilities, local media reported.

Health officials said the unit opened on Monday and they are now tracing the man's movements.

The city of over 2 million people was put under a snap lockdown on Friday after a staff member at a quarantine hotel contracted the UK variant of the virus from a traveler.

Parts of the UK have entered a third lockdown due to the pandemic, with London's NHS frontline staff preparing for an "inevitable" coronavirus case surge following Christmas and New Year's Eve gatherings. DW reports.