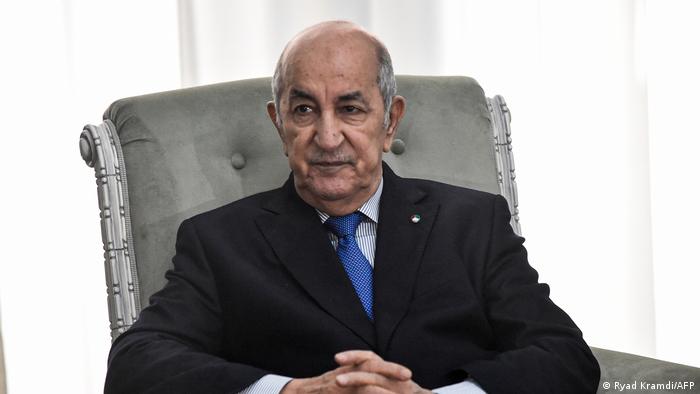 The 75-year-old president said on Saturday that he was self-isolating after several senior aides tested positive for coronavirus.

Tebboune was sent to Germany for "in-depth medical examinations on the recommendation of medical staff," according to a televised statement from Tebboune's office that did not specify what he is being treated for.

On Tuesday, Tebboune's office said he had been admitted to a specialized treatment unit at an army hospital at the "advice of his doctors" and that there was "no reason to worry" as the president will continue his work from the hospital.

There has not been an official announcement that Tebboune has tested positive for COVID-19.

"I assure you, my brothers and sisters, that I am well and healthy and that I continue my work," Tebboune was quoted as saying Saturday.

His treatment comes just days before an important referendum on changes he has proposed to Algeria's constitution.

Tebboune has been in office for less than a year, having replaced Algeria's ousted longtime president, Abdelaziz Bouteflika.

Algeria's government hopes the November 1 referendum on constitutional changes will satisfy an ongoing protest movement in the country.