Protesters in Algeria have rallied for their 11th week in a row, continuing calls for the government to step down. Demonstrators have also rejected the army's claim that it is supporting their cause. 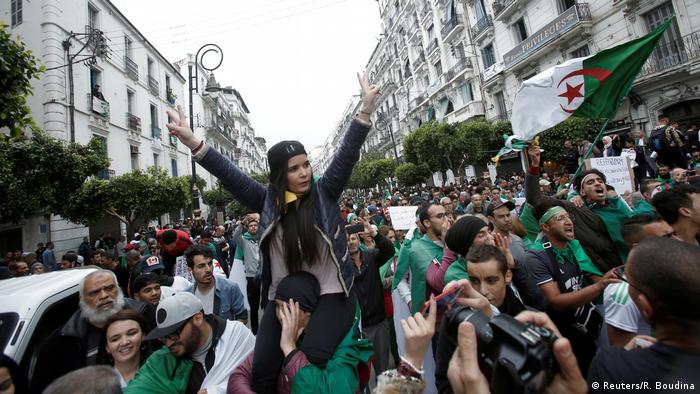 Thousands of protesters gathered in Algeria's capital on Friday, keeping up their calls for an overhaul of the political system.

Weeks of demonstrations forced former President Abdelaziz Bouteflika out of office on April 2 after 20 years in power.

Bensalah is serving as president for 90 days until an election on July 4. 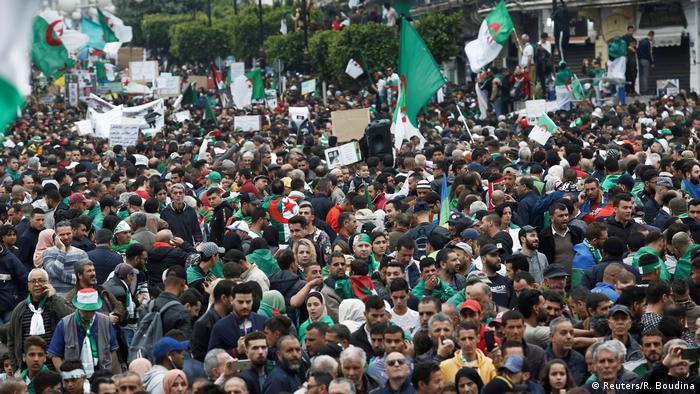 Thousands of protesters marched through the Algerian capital Algiers

In the capital Algiers, demonstrators marched to the Central Post square, a focal point of the weekly protests in the capital and called for public trials for Bouteflika-era officials and businesspeople suspected of corruption.

Some protesters held banners reading "You must go" and "Thieves you have destroyed the country," while others chanted "Algeria, free and democratic" as they marched through the city.

"We demand the former president's brother, Said Bouteflika, brought to account because he ruled the country in the shadows," Ahmed Khalilati, a 37-year-old protester, told German news agency dpa.

"Why doesn't the government spokesman come out and tell us if Said Bouteflika is still a presidential adviser or not?" he added.

They also rejected the claims of military chief of staff, Gaid Salah, saying they refuse the assertion that Salah speaks in the name of the protest movement.

Salah helped to push out Bouteflika after having him declared unfit for office.

Salah has stressed several times in recent weeks the army's role in protecting the country and vowed to support an anti-corruption crackdown that saw investigations against former officials and the arrests of several businessmen seen as close to Bouteflika.

Protesters chanted "a republic and not barracks" and "sorry, Gaid Salah, the people are not stupid," in rejection of the idea that the military runs the country.

Abdelaziz Bouteflika stepped down as president more than two weeks ago, yet hundreds of thousands of people are still unhappy with Algeria's political system. Protesters want his former allies to also step aside as well. (20.04.2019)