Parliament chose Abdelkader Bensalah to follow the long-serving Abdelaziz Bouteflika as the country's first new president in 20 years. It may not be enough for protesters who want to oust the entire political hierarchy. 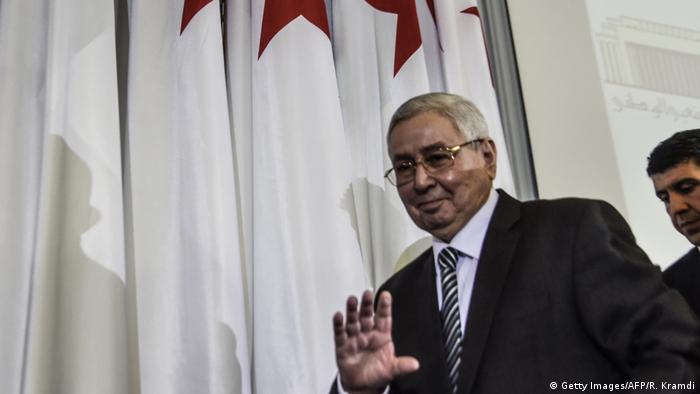 Algeria's parliament named the 76-year-old Abdelkader Bensalah, leader of the upper house, as interim president on Tuesday — the first to follow the 20-year rule of Abdelaziz Bouteflika, who stepped down last week following widespread protests.

The legislature made the announcement live on TV.

While the parliament followed constitutional procedures in naming Bensalah, a close ally of Bouteflika, the move went against the demands of demonstrators who have called for a clear break with the regime of the former president. 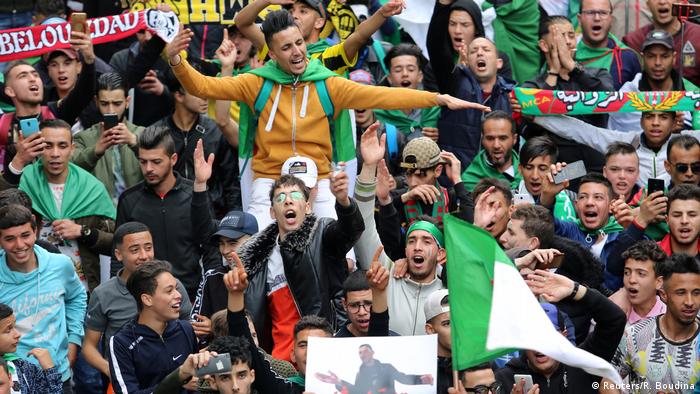 In the capital, Algiers, demonstrators returned to the streets to protest the decision. Many of them were students, in a country where half the population is under 30 years of age.

Protesters said they did not want the "three B's" to be involved in the next stage of political change: not Bensalah, or 59-year-old Prime Minister Noureddine Bedoui or the 70-year-old Constitutional Council President Tayeb Belaiz, who has held a variety of ministerial posts. They are all known to be Bouteflika loyalists.

Police moved against the demonstrators, using tear gas, water cannon and batons to break up the crowd of thousands on a central avenue in Algiers.

Under the constitution, Bensalah may serve for a maximum of 90 days until a new election can be organized.

Most opposition politicians abstained from the parliamentary vote that awarded Bensalah the interim presidency.

Army chief Ahmed Gaid Salah was appointed by Bouteflika in 2004 and the now 79-year-old played a key role in the president's departure. He is due to speak later on Tuesday.