Abdelaziz Bouteflika stepped down as president more than two weeks ago, yet hundreds of thousands of people are still unhappy with Algeria's political system. Protesters want his former allies to also step aside as well. 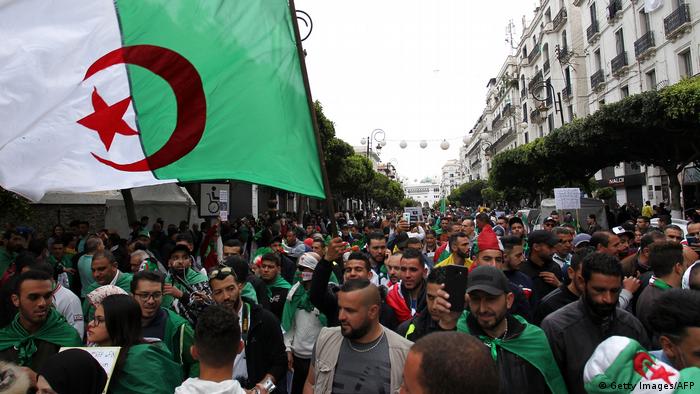 Hundreds of thousands of people in Algeria protested against the interim government on Friday, days after the head of the Algeria's Constitutional Council stepped down in the face of street pressure.

Demonstrators shouted slogans in the capital, Algiers, including "Down with the system!" and "You ate the country, you bunch of thieves!" Many called on interim President Abdelkader Bensalah and interim Prime Minister Noureddine Bedoui to quit their posts.

The rallies marked the ninth week of protests in a row and the first since Tayeb Belaiz resigned on Tuesday as head of the Constitutional Council, a body charged with regulating elections.

Benslah, Bedoui and Belaiz are closely associated with the government of former president Abdelaziz Bouteflika, who earlier this month quit after 20 years in office.

Many demonstrators also see Kamel Feniche, a former prosecutor who replaced Belaiz as Constitutional Council chief, as a regime loyalist.

The army leader on Tuesday asked for patience with the political transition ahead of the July 4 presidential election to determine Bouteflika's successor.