Algerian billionaires in court as part of anti-corruption drive

The arrests follow last week's announcement from Algeria's army chief that members of the ruling elite would be prosecuted for corruption. Street protests continue despite elections called for July. 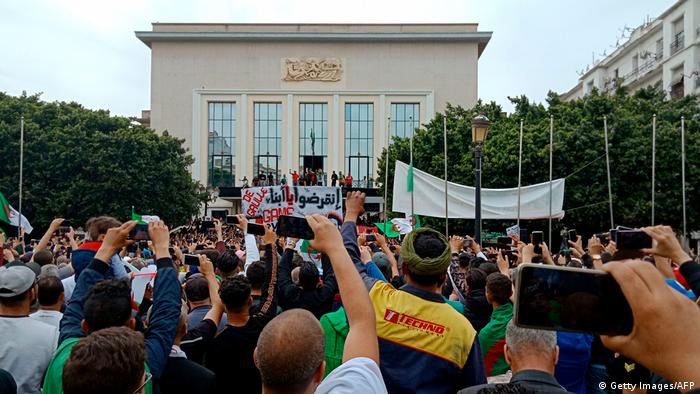 The five billionaires were arrested and brought to court on Monday to face charges from the general prosecutor's office in Algiers.

There were no details of the charge sheets but the arrests follow an announcement by Algeria's army chief, Lieutenant General Gaid Salah, who said last week he expected members of the ruling elite to be prosecuted for corruption. The army remains the most powerful institution in Algeria.

The five arrested men are:

Earlier in April, one of Algeria's richest men, Ali Haddad, was detained as he tried to cross the border into Tunisia, carrying large amounts of money. 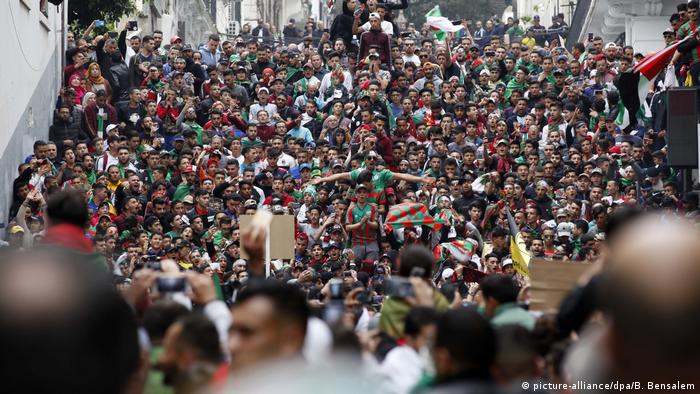 The ninth week of protests against the old regime in Algeria

Protests continue ahead of July vote

In the ninth consecutive week of street demonstrations, hundreds of thousands of people protested again on Friday. They want a new generation of political leaders to replace the current veterans, many of whom have exercised power for decades.

Demonstrators are also calling for changes to the economy, which they say is held back by cronyism. Algeria is a major exporter of oil and natural gas.

Abdelkader Bensalah, the former head of the upper house of parliament, took over from Bouteflika as interim president for 90 days until a presidential election is held on July 4. On Monday, he invited civil society and political parties to discuss the transition to elections, but several parties and activists said they would not participate.