It was an election marred by protest, disruption and a partial boycott. But Algeria's electoral body has declared former prime minister Abdelmadjid Tebboune the winner of Thursday's presidential vote. 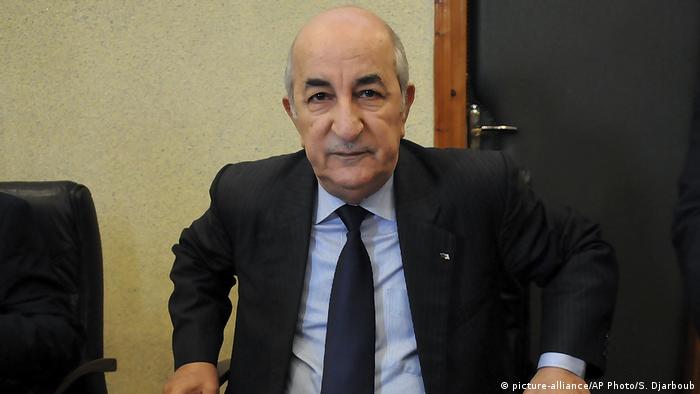 After two decades of being ruled by Abdelaziz Bouteflika, Algerians have a new president. Former Prime Minister Abdelmadjid Tebboune has been elected as his successor, the country's electoral body said on Friday.

Tebboune received over 58% of votes in Thursday's poll.

The ailing Bouteflika had been forced to resign after facing fierce anti-government protests. Salah then initiated the election as a way to move past the 10-months-long unrest.

Many of the protesters also decried Thursday's election, saying that Tebboune and his four main rivals all had political ties with Bouteflika's regime.  The new incumbent is believed to have links to the powerful military chief Ahmed Gaid Salah.

All five candidates were approved by the transitional government, which is backed by the military. Several polling stations were stormed on election day, and many voters boycotted the polls.

On Friday, electoral officials put the turnout at just under 40%.

The 74-year-old Tebboune served as prime minister for three months before being sacked in May 2017. The election results place him far ahead of his closest rival, former tourism minister and the head of Elbinaa Islamist party, Abdelkader Bengrine, who claimed 17.38% of the vote.

The announcement of Tebboune's victory is likely to provoke another round of protests across the country.