Algerian elections rejected in the name of democracy | Middle East | News and analysis of events in the Arab world | DW | 02.12.2019

Algerian elections rejected in the name of democracy

A long-standing protest movement in Algeria has rejected the country's entire political system as corrupt. The regime is pressing ahead with elections. Are the two sides on a collision course? 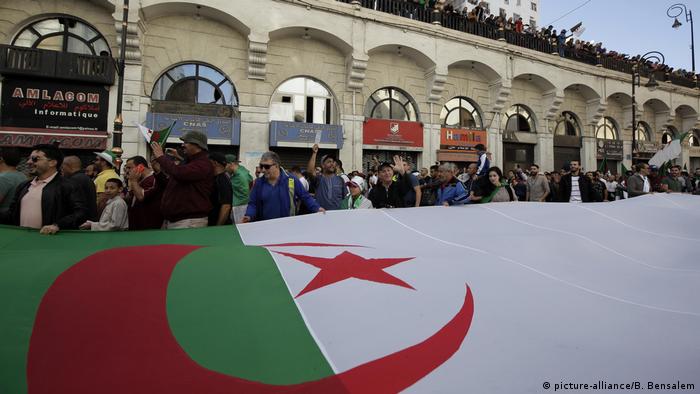 Protesters in Lebanon and Iraq may well look towards Algeria in the coming weeks for indications of what happens to a protest movement that refuses to accept a partial victory.

Despite having successfully ousted long-time President Abdelaziz Bouteflika, who after a 2013 stroke ruled in name only, and seen many government ministers arrested for corruption, the peaceful protest movement that began in February has only intensified over the past month in rejection of December 12 elections.

The hirak, as the movement is known, accuses the current power apparatus of using a presidential election to prevent genuine democratic reform and prop up its networks of corruption.

The interim government of President Abdelkader Bensaleh and its military allies have signaled their intention to maintain the system protecting their rule by approving five candidates, all of them connected to the Bouteflika regime.

Behind them is what protesters see as a murky system of clientelism involving politicians, military officials and businessmen who have long bled the proceeds of Algeria's rentier system without reinvesting in the state.

Read more:Algeria: What's next for post-Bouteflika era under General Salah?

While the movement has been characterized by its staunch commitment to peace, increasing arrests of protest leaders and journalists in recent weeks and pro-government demonstrations over the weekend have raised the prospect of a confrontation.

Human Rights Watch said many of the scores of activists arrested since September face charges as vague as "harming national unity" and "undermining the morale of the army."

Luca Miehe, an Algeria researcher at the German Institute for International and Security Affairs, told DW that the arrest of prominent journalists on Friday sent shockwaves through the movement.

"We have harsh repression of the media and the large wave of detention of political prisoners," Miehe said. "So I think we can expect drastically more confrontation from the side of the regime, but I do think the hirak is still expressly nonviolent."

The movement has fought back by putting up garbage bags and pictures of detained opposition figures in places reserved for election posters. 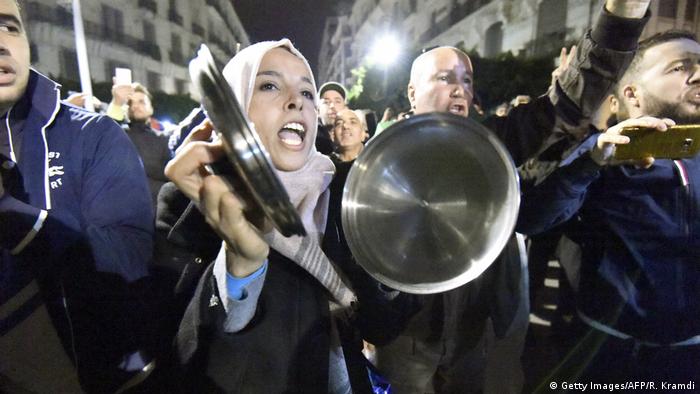 Protesters have rejected the upcoming vote, saying it perpetuates the very system they are fighting against

'Parody' of a campaign

Although some of the five candidates running have pushed for reforms, all are tainted by association with the establishment, resulting in the odd situation of a rejection of elections in the name of democracy.

Former Prime Minister Abdelmadjid Tebboune, seen as army chief General Ahmed Gaid Salah's man, had to cancel his first rally in Algiers due to low turnout. His campaign manager has resigned and a major funder has been jailed on corruption charges.

Ali Benflis, also a former PM, has been met with heckling and heavy demonstrations against him, as has former Tourism Minister Abdelkader Bengrine.

"It has really been a parody of a campaign, their gatherings and their rallies took place under heavy protection from the police," Hamdi Baala, an independent journalist who has covered the Hirak movement from its inception, told DW. "In every city or town these candidates went there were arrests of a number of counterprotesters who went to the venues and expressed their opposition to the campaign and election as a whole."

Baala said it is not only guilt by association but the perception of a rigged vote that has caused Algerians to reject elections, while members of the protest movement have refused to run both out of fear and in order not to legitimize the process.

"It is very much a bad copy of democracy where we have a parliament, we have held regular elections for a long time, but everything has been rigged or controlled," Baala said. "There is no transparency. There is no guarantee of free and fair elections."

Rather than elections, protesters have consistently argued for what they call a second republic, "installation of a true democracy, true rule of law," Baala said. 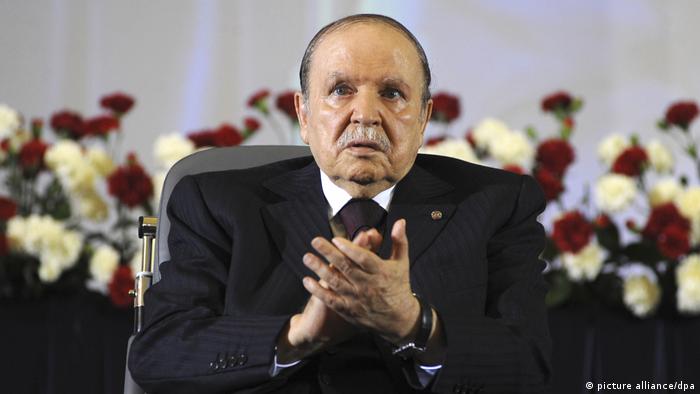 Besides Bouteflika's resignation and their success in pushing national elections back earlier this year, the movement has seen other limited gains, with a corruption "mega-trial" going to court this week involving seven politicians and four businessmen on charges of graft and misappropriating public funds.

But Monday's initial hearing was postponed to December 4, with local media citing defense lawyers' complaints of a "lack of appropriate conditions for trial." Baala said lawyers also stressed that the timing of the trial led to a "scapegoating" of their clients to satisfy the movement.

Luca Miehe said that while Algerians feel that the fundamental change they are demanding hasn't happened, they also see through the current regime's strategy of trying to win over the movement by staging trials and incarcerating people that are already fairly unpopular.

"What the regime has been trying to do is create the impression of democratic change without actually engaging in one," Miehe said. "That's why we also get the rejection of the elections because people perceive it as a facade to legitimize the current regime, a regime that has not in fact changed fundamentally."

The economy of the pouvoir

The real target of the hirak that has prompted demonstrators to protest for 41 weeks in a row has been the 'power' or pouvoir —  a broad system of corrupt practice as much as it is the political influence of the army.

"They have tremendous influence on how the country is run and they have their own networks and their own interests and lobbies in all of the institutions that run the country," Baala said.

For a state-dominated economy that has relied heavily on its significant oil and gas reserves, that network of corruption has been felt by Algerians most in a high youth unemployment rate and rent-seeking system of patronage.

"First you have the lack of diversification of the Algerian economy away from oil and gas and secondly, you have a very high level of corruption in a complex corrupt system," Miehe said. "It is fairly obvious that a large chunk of the money generated from exporting oil and gas is disappearing in the corrupt networks."

More immediately, if elections do go ahead on December 12, the government will have a steep and narrow path ahead but observers say the protest movement will push on regardless.