The election to replace ousted Algerian President Abdelaziz Bouteflika has been scheduled for December 12. The army is pleased, but protesters want more time. 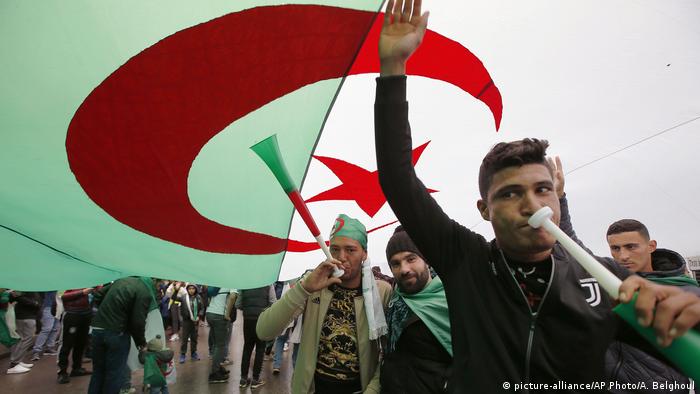 Algeria will vote for its next president on December 12, interim President Abdelkader Bensalah announced Sunday, calling it "a historic day to make the dreams of our people concrete."

The vote will fill a gap left by former President Abdelaziz Bouteflika, who was ousted in April after his attempted bid at a fifth presidential term caused mass protests. Bouteflika governed Algeria for 20 years.

Bensallah has acted as interim leader of the north African nation since the ouster. His term has exceeded the constitutional time limit of 90 days.

A presidential election will return the country to "constitutional legality and allow our people to choose its future president freely and sovereignly," he said in his address.

On Sunday he designated a new, independent election authority to oversee the vote, replacing the interior ministry.

An election had originally been scheduled for July 4, but was called off due to lack of candidates. The cancellation came amid pro-democracy protests demanding all of the old guard, including Bensallah and Prime Minister Noureddine Bedoui, step down before new elections were held. Weekly protests continue to call for more time.

In an attempt to appease protesters, the authorities have begun prosecuting Bouteflika's allies. Bensallah also paid lip service to demonstrators in his announcement speech, pointing to the newly appointed election board.

"This body is a concrete response to demands from our people including those seeking a radical change of the system," he said. "These changes confirm that the state will go ahead to meet all demands."

While the new board is purportedly independent, its leader is a former justice minister with ties to past administrations, including Bouteflika's.

The army has its say

Influential army chief Lieutenant General Ahmed Gaed Salah has repeatedly called for new elections since Bouteflika stepped down, going as far as naming Sunday as the day for election announcements.

Bensallah's cooperation demonstrates the sway the army, a strong political force in the country since Algerian independence, continues to hold.

The police have continued cracking down on protesters, with arrests as recent as Friday. Demonstrators are demanding the release of "political prisoners”, including a veteran of the Algerian independence war against France that ended in 1962.

The army chief is believed to be behind these and other arrests, including the jailing of powerful intelligence officials for treason. Protesters are calling for his resignation.