Algeria has postponed presidential elections planned for next month after the two candidates were disqualified. The polls were to elect a successor to Abdelaziz Bouteflika, who resigned after pressure from protesters. 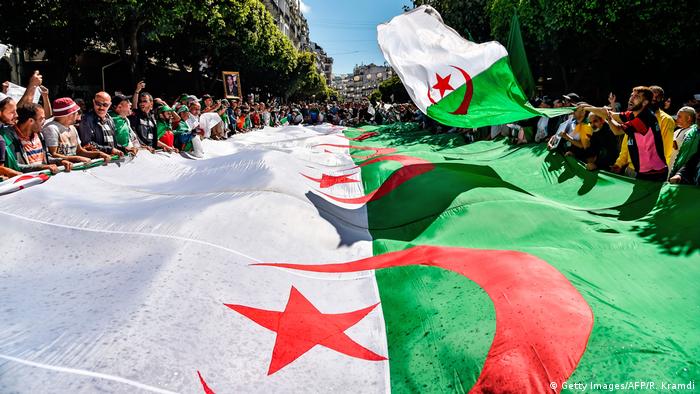 Algeria's Constitutional Council announced Sunday that it would be "impossible" for the presidential vote to go ahead on July 4 because the only two candidates in the race had been rejected.

The elections were planned after mass pro-democracy protests and pressure from the military forced long-time leader Abdelaziz Bouteflika to step down in April.

Algerians have been holding marches for months, calling for political reforms and a clear break from the elite that dominated politics during Bouteflika's two decades in power. The protesters have also demanded the polls be delayed over fears of vote rigging.

Only two, largely unknown, candidates lodged bids by the deadline last week. The council said it had knocked back both application but did not explain why.

"Based on this decision, it is impossible to conduct the presidential elections on July 4," the council said in a statement, according to Algeria's official news agency APS.

The council added that it was now up to interim President Abdelkader Bensalah to set a date for a new vote. Bensalah had been appointed interim leader until July 9, but protesters say they want him gone.

On Friday, hundreds of thousands of demonstrators marched in the capital, Algiers, and other cities to demand his resignation, along with that of Bouteflika ally, Prime Minister Noureddine Bedoui.

Abdelaziz Bouteflika stepped down as president more than two weeks ago, yet hundreds of thousands of people are still unhappy with Algeria's political system. Protesters want his former allies to also step aside as well. (20.04.2019)