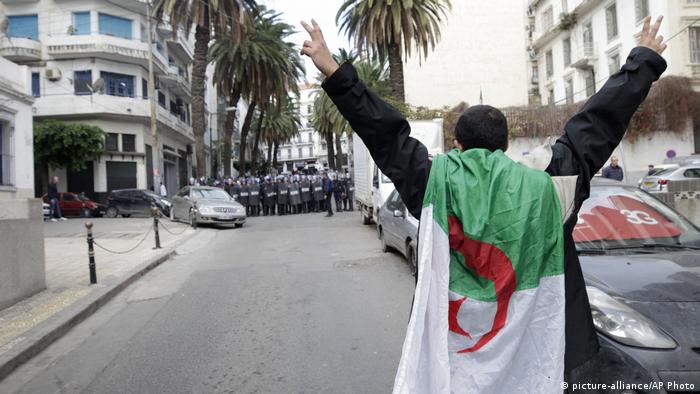 Protesters took to the streets in Algiers and other Algerian cities on Thursday to decry the presidential poll they view as a farce. Several polling stations in the eastern city of Bejaia and at least one in the capital were reportedly stormed by the opponents of the vote.

"No elections with the gangs," protesters chanted, referring to candidates close to former leader Abdelaziz Bouteflika.

Algeria has faced a 10-month political crisis, during which the ailing Bouteflika was forced out after two decades in power. Protesters see his regime as deeply corrupt.  In September, a court sentenced the strongman's closest aide and younger brother Said Bouteflika to 15 years in prison for plotting against the state.

Powerful military chief Ahmed Gaid Salah, who organized the presidential election, himself referred to Bouteflika's inner circle as "the gang." He insisted that choosing a new president is the best way to move the country past the unrest.

However, all five candidates allowed to run for the Thursday vote have ties to the old regime.

Many critics of Bouteflika's rule have decided to boycott the election. According to the country's election body, the turnout was at just over 20% after seven hours of voting at 1400 GMT.

It was not immediately clear which of the candidates are most likely winners, as Algeria does not permit opinion polls. Tebboune, a former prime minister is considered to be among the favorites, partly due to reported ties to military chief Salah.