Four-time PM Ahmed Ouyahia has again been questioned over alleged corruption involving Volkswagen's local partner. He's the latest to face investigation as part of an army purge of the old ruling elite. 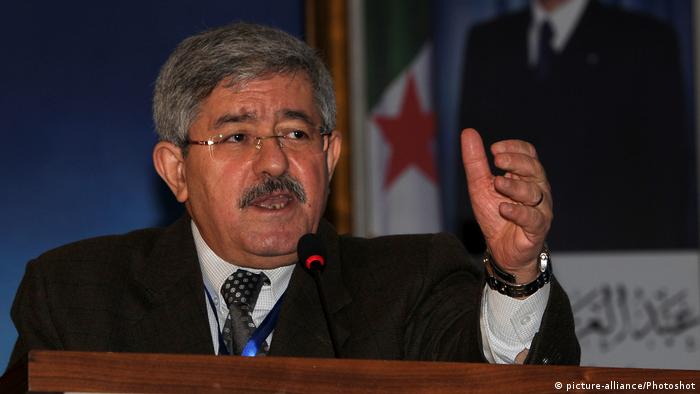 Ouyahia was detained on Wednesday on the orders of the investigating judge at the Supreme Court.

Earlier in the day, former Finance Minister Karim Djoudi was ordered before the Supreme Court to face questions over the same scandal.

A criminal case has been opened against the head of Algeria's SOVAC Group, a family-owned firm that runs an assembly plant with VW. CEO Mourad Eulmi and his brother have been accused of "receiving unjustified benefits" through government contracts.

The ex-prime minister and the ex-finance minister are the latest senior figures associated with former president Abdelaziz Bouteflika to face investigations since angry protests broke out earlier this year demanding the departure of the ruling elite.

After 20 years in power, Bouteflika stepped down in April on orders from the army.

He is accused of years of mismanagement and corruption of the North African country.

Army chief of staff Ahmed Gaed Salah has since urged the judiciary to speed up the prosecution of people suspected of involvement in corruption cases.

The presidential election previously planned for July 4 has been postponed, with no new date set for the vote.

Algeria has postponed presidential elections planned for next month after the two candidates were disqualified. The polls were to elect a successor to Abdelaziz Bouteflika, who resigned after pressure from protesters. (02.06.2019)

With ousted President Bouteflika gone, Algeria's army minister, Ahmed Gaid Salah, has become the country's most powerful figure. Whether he can or will lead Algeria to democracy, however, remains unclear. (11.05.2019)