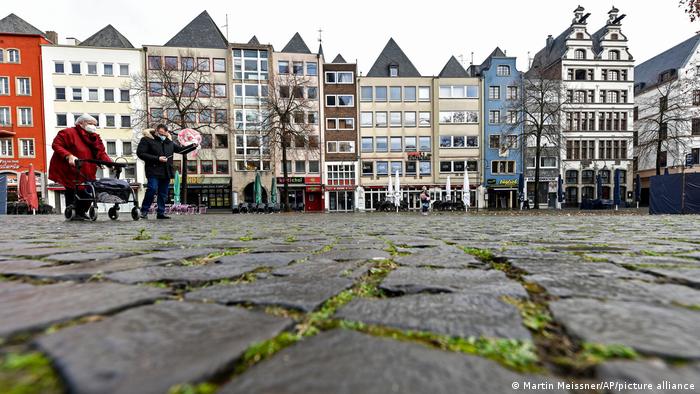 Harder coronavirus lockdown restrictions came into force across all of Germany's 16 federal states on Monday. Ten states, including the most populous, North Rhine-Westphalia, Bavaria and Baden Württemberg, introduced the new rules as of Monday.

A number of restrictions were introduced on December 16 in a bid to curb a second COVID-19 infection wave. These were originally slated to remain in place until at least January 10 but have had only a moderate impact on caseloads. Some of the measures that were already in place have been extended, while other restrictions have been tightened.

Health Minister Jens Spahn appealed to the public to stay the course.

"I know that these are once again particular difficulties, hardships for many," Spahn said on ZDF television. "Also social hardships, but at the moment that is the arena in which the virus is spreading above all others."

What are the new restrictions?

What restrictions remain in place?

The measures come into force as Germany logged another 12,497 cases on Monday, according to data from the Robert Koch Institute (RKI) for infectious disease. The death toll rose by 343.

The figures on Sunday and Monday are usually lower than usual as not all health offices transfer their data during the weekend.

German Chancellor Angela Merkel and the state premiers agreed in a January 5 meeting to bring in stricter measures, lasting until at least January 31.

Several states introduced the harder restrictions early, including Hamburg on Friday, and Berlin, Thuringia and Lower Saxony on Sunday.

Authorities in Saxony, where the infection seven-day incidence is 386 per 100,000 residents, have already announced the lockdown measures will remain in place until at least February 7.

Germany has kicked off its vaccination program but authorities have come under fire for its slow rollout.