Germany has exceeded 30,000 cases in 24 hours for the first time. And Amnesty International has criticized human rights violations by security forces during the world’s fight against coronavirus. DW has the latest here. 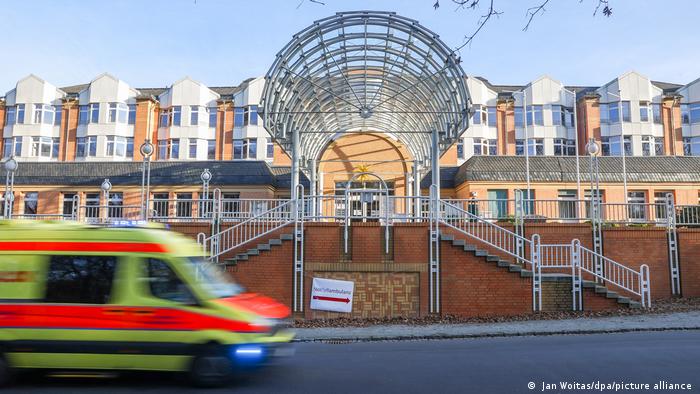 Germany has exceeded 30,000 cases for the first time

Germany hit a new record for daily infections on Thursday, on the second day of tough new restrictions.

More than 30,400 people were confirmed to have been infected with the coronavirus in the past 24 hours, according to the Robert Koch Institute. The number is slightly higher than initially reported due to delays reporting from one state.

This is the first time that Germany has exceeded 30,000 new cases in one day.

In view of the rising numbers, the federal government is stepping up its vaccination efforts. Health Minister Jens Spahn announced that the vaccination program was to begin immediately after Christmas.

However, a new survey found that just 47% of German citizens want to be vaccinated as soon as possible — too few for herd immunity, for which a threshold of 60% applies. The Forsa survey, commissioned by RTL and ntv, found that 40% of respondents wanted to wait before vaccinating; while 11% said they would reject the vaccination entirely.

DW has the overview of other major developments around the world.

US President-elect Joe Biden could get the coronavirus vaccine next week, while outgoing Vice President Mike Pence will get the shot this Friday, in a bid to build public confidence in the vaccine.

"I don't want to get ahead of the line but I want to make sure that we demonstrate to the American people that it is safe to take," Biden said at an event earlier in the day. At 78,  he is in a high-risk category for the virus.

The US FDA has said all extra doses from the vials of the BioNTech-Pfizer coronavirus vaccine can be used. This comes after reports emerged that some doses were being discarded over labeling confusion.

Earlier reports indicated that hospital pharmacists were throwing away one in every six doses of the vaccine after they found extra doses — six or seven, as opposed to the five that are supposed to be there — in the vials. Without approval from the manufacturer, the extras had to be discarded.

Brazil has crossed 7 million confirmed infections after hitting an all-time daily high of over 70,000 new coronavirus cases. Its tally remains the world’s third-highest, after the United States and India.

The country’s health ministry also reported 936 deaths but it did not include data from Brazil's most populous state of Sao Paulo over technical issues.

The European Medicines Agency (EMA) has pulled forward from January 12 to January 4 a meeting where it will discuss the potential authorization of the mRNA vaccine created by US company Moderna. It said it was able to do this after receiving a last package of data from Moderna on Thursday, earlier than expected.

"This contains information that is specific to the manufacturing of the vaccine for the EU market," the EMA said in a statement.

The EMA will meet on Monday, December 21, to discuss the BioNTech-Pfizer mRNA vaccine.

Germany is set to roll out the BioNTech-Pfizer coronavirus vaccine on December 27, according to the Berlin city government. Priority will be given to the elderly in care homes.

The announcement came soon after Germany went into a strict lockdown to control the spreadof the virus. The lockdown, which came into force on December 16, will remain in place until at least January 10.

As a member of the EU, Germany has to wait for the European Medicines Agency to approve the vaccine. The approval is expected to come in by December 23.

France is set to receive nearly 1.16 million coronavirus vaccines by the end of the year,  said Prime Minister Jean Castex. Another 2.3 million doses are expected to arrive over the following two months.

Priority will be given to the elderly, the vulnerable and carers but "it is only at the end of spring that we will open the vaccination program to the entire population", he added.

France has ordered nearly 200 million doses, enough to innoculate 100 million people. The total population of the country is just under 70 million.

The WHO has announced that China will host an international team of investigators to look into the coronavirus early next year, according to WHO's regional emergencies director in the Western Pacific, Babatunde Olowokure.

The team is expected to travel to China in early January but the agency is still in talks with the country over where the investigators will be allowed within the country.

South Korea has marked its deadliest day with the virus after 22 patients died, bringing the country’s death toll to 634. The country is battling an upward tick in coronavirus infections with over 1,000 new cases for the second day in a row.

The Korea Disease Control and Prevention Agency said South Korea had 12,209 active patients, out of which 242 were in serious or critical condition.

After registering a noteworthy response to the virus in the early days of its spread, South Korea has been struggling to contain COVID-19 in the densely populated Seoul metropolitan area. Officials are now mulling stricter restrictions.

The report outlines multiple instances during which security forces killed or severely injured citizens while attempting to enforce coronavirus restrictions.

"The horrific abuses committed on the pretext of fighting COVID-19 include Angolan police shooting a teenage boy in the face for allegedly breaking curfew, and police in El Salvador shooting a man in the legs after he went out to buy food,” Wilcken said.

The rights group also criticized governments’ crackdown on peaceful protests, arbitrary arrests and detentions, as well as racial bias and discrimination in the enforcement of coronavirus restrictions.

Thousands of people across France have marched for a second consecutive weekend against police brutality and a new security law. Police and protesters clashed in Paris, with cars set on fire and officers firing tear gas.

Rich nations are stockpiling the most promising coronavirus vaccines, and people in poorer nations could miss out as a result. Campaigners are urging pharma companies to share technology so more doses can be made.